I am hoping that one of my videos has captured the sound of the muezzin calling all to prayer five times a day. It is omniscient and eerie. It starts out blaring from the speaker of one tall tower and then is joined by the call from a neighboring tower and then a third within earshot.  They blanket the neighborhood. The speakers are raspy and the cries muzzle each other, but they don't lose their creepy intensity.
I understand that 99% of Istanbul's population of fifteen million are Muslim. There are more mosques here than McDonald's' in New York.  Both old and modern, all with fountains for the partial ablution or "wudu", the obligatory washing of hands, neck, face and feet,  before entering the mosque.  If one cannot make it to a house of prayer, that's okay, and when the muezzin's wail echoes from loudspeakers through the streets and alleyways, you can see lips moving in prayer, hands fingering beads pulled from pockets. I attended a midday service at the Blue Mosque in Old Town that lasted well over an hour.  There was a lot of standing, kneeling and bowing.
I read that women were separated behind a screen from the men due to the I discreetness of bowing, but I also read that Aisha, one of the many interpreters of Muhammed flared that he said that a prayer is annulled if a dog, a woman or a donkey walked in front of the person praying. Wonder if Aisha had some Irish in his lineage.
The elderly, who are not as ginger, sat in a separate section as well, where they only gestured the physical movement demanded of the more spry. Someone told me that 75% of the population is under 25. At some point, I will research the validity of this, but it is believable, gauging the crowds.
While Istanbul is notoriously more moderate and tolerant than many of the Muslim nations, and while they presently have a secular  government, I might note that the service was well-attended by young adults. And a lot of the young women on the streets dress in jalabas and hijabs (long dresses and head scarves).  Not that many wear burkas. You can see the young women lined up at the make-up counters trying on new shades of lipstick, dark kohl eyeliner and thicker, lusher mascaras. 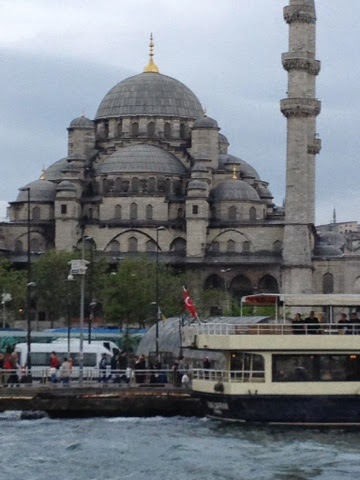 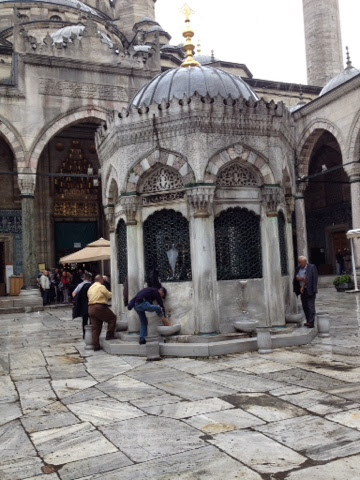 Fountain for the wudu ablution. 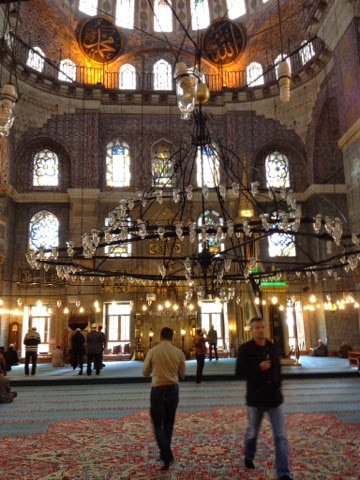 Worshippers beginning to arrive.  Within ten minutes, there will be men the entire length of the sanctuary, six or seven rows deep, with the women partitioned and screened from the men, and there is yet another section for the elderly men off to the right. This was not a Friday, when attendance is required if possible, but there was still a good showing for midday on a weekday. 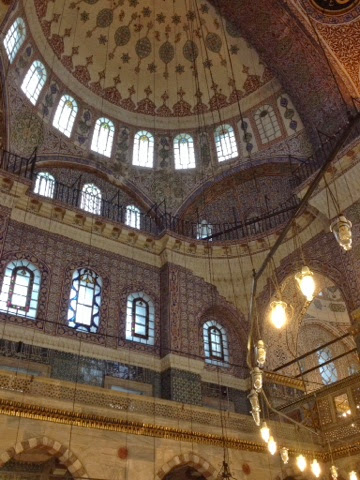 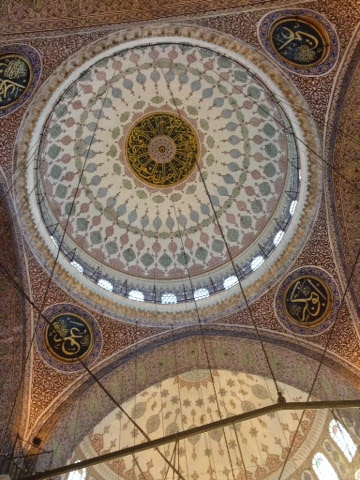 Thought I would throw in this pretty bizarre panorama of the Hagia Sophia. Even though it is a museum, not an active mosque, the Hagia Sophia still captures the omnipresent feel of intense belief more than this kooky photo does.   I included the panorama to give you an idea of the magnitude of some of these structures.  They are gorgeous and somehow feel powerful; they dot the hilltops all around.  Istanbul spreads across twenty-seven steep hills. 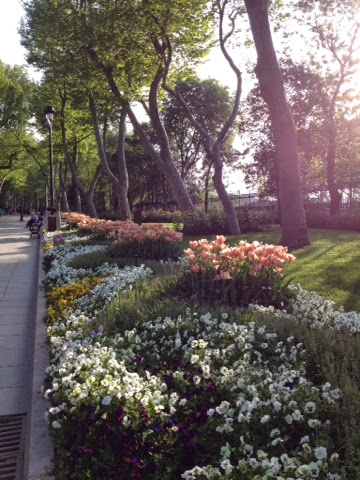 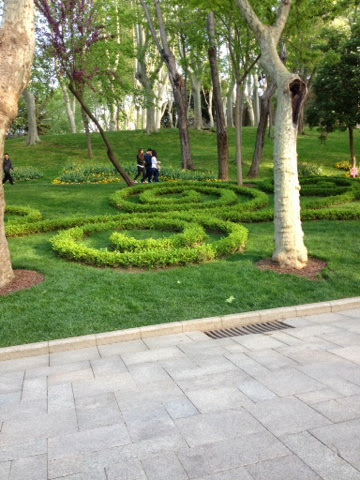 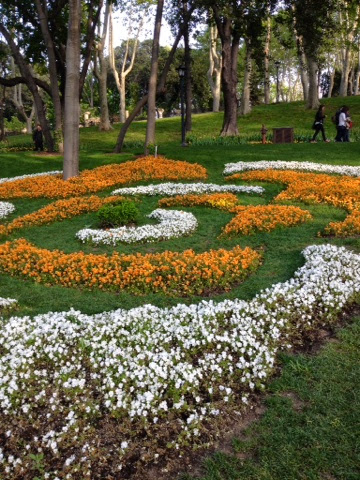 Tulips, linden trees, honeysuckle, weeping willows, the soft fragrance of Spring in Gulane Park and the old mossy walls leading up to the Hagia Sophia lend it a bit more reality than my iPhone pano. 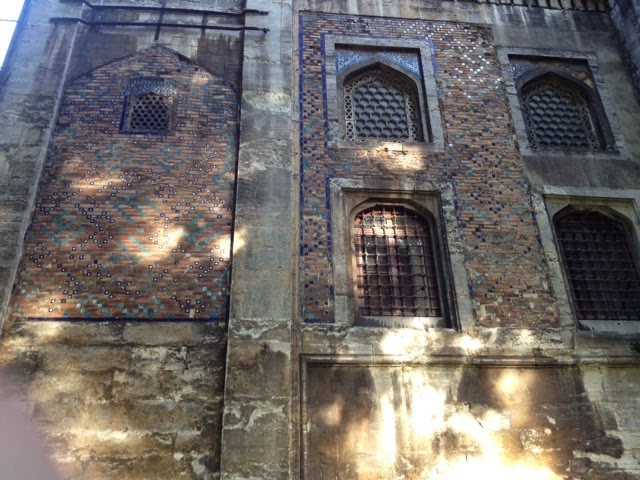 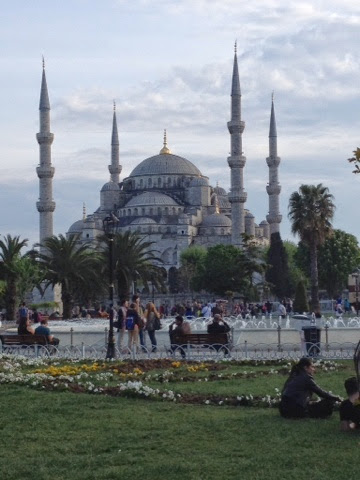