I am alone. And while I do not mind being alone and in fact need to retreat to my home deep in the mountains when I have had too much of the world, the solitary confinement imposed by the pandemic is a bit much even for me. I had not realized how the small social interactions with the local librarians, cashiers, clerks, the random person at the recycling outpost, these added up. Last week, when I caught myself talking to the moss, I made the commitment to get on social media. This was not a light decision as Facebook has always filled me with anxiety. I’m not sure why. It could be something as simple as the time commitment, but there are only so many psychological blocks one has the time to excavate and heal and avoidance seemed easier until now. How long will this quarantine last? What if I lose my communication skills?

Everyone is beginning to feel what they miss the most about their previous lives. For me, it is dancing at a concert or festival. My battery was already running low from the previous year of choices that had removed me from this lifestyle. It never occurred to me that those joyful times may never happen again. So when I was invited to a virtual dance party with my peeps, I accepted. I had done some exercise classes via Zoom and been wondering if the connection with others could be expanded to dancing.

But in truth, a half hour before the event I had pretty much determined to bail. I was tired and did not feel that any more stimuli would be a good thing. I have as of late limited my news feed and social interaction to every three days and this was Day Three. I had committed myself to making regular phone calls if possible, just to reach out knowing that this isolation is hitting people pretty hard. I’d had two lengthy phone calls, conversations on Facebook, read stories on Instagram, worked in the garden dragging a heavy ortho boot on one leg and worst of all, read accounts of exactly what I had been looking for and not found since the ‘get-go’, descriptions of what it felt like to have COVID19. The New York Times provided exactly that when I woke: accounts of people describing how COVID19 feels and frankly, the thought of an anvil on my chest fills me with terror.

It is odd being completely alone with no level set of the world outside. Only a few cars a day pass the road at the bottom of my long drive. Not that many ever did. The road turns to dirt in another mile or so and then heads down a treacherous winding rutted path through the woods, so it’s only used as a throughway by people who have been drinking and want to avoid the main road. I didn’t know what the outside world looked like. The nearest town is forty-five minutes away. I stopped at a greenhouse. No one was wearing masks. A woman who worked there sidled up to me to admire the plants I’d chosen, actually stroking the pots. I gave her a dirty look as I backed away. I didn't want confrontation. I just wanted to leave.  But the cashier took forever to ring me up after she finally got off the phone. I wanted a receipt, to which she responded quite grumpily, loping into another room to find paper to handwrite one. After she finally stuffed that into my hand, making sure that we had skin contact above my glove, I turned and tried to appear patient waiting for an ancient couple to hobble very, very slowly through the doorway. They were both terribly stooped over with age so I tried to look especially kind. Once she finally made it through the door and down the steps, the tiny crooked old woman looked up from the floor and raised a gnarled hand to point at me. “Look at you!“ she cried. “You’re wearing one of them things!”

My view of how the world was waiting this out had been one of more serious respect. It was comprised of ethereal figures in the National Geographic Instagram feed: people gazing plaintively out their windows waiting for the dread disease to strike or pass.

Mine appeared an entirely different world, magnified when I reached Lowe’s.

I’d ordered lumber on-line so I could just pick it up, but store policy mandated my physical presence before they would cut my boards to size, so I was stuck there. For a half hour. Inside the crowded store. I counted. Eighty people, including cashiers. Five masks. No social distancing. In fact, the traffic flow was such that it was impossible not to be within another’s breathing space at any given moment.

When I got home, I wanted to cry. But instead I just got a headache.

It was all just too much. I was exhausted and planning to forego the dance party. But as the time got closer that old excitement of going out percolated to the surface. Remember that feeling? My mood changed.

I switched the computer back on and before you know it, I was putting in my contacts, brushing on mascara, dressing in a flowing skirt, donning bracelets and smiling.

The experience was a bit weird. Although it was dubbed as a private event, my screen told me that some 500 people were planning to attend. Participation in the event, a dj run dance party was by invitation only and the link provided only to those authorized. Once on Zoom, I landed in a waiting room to enter the party. I'm not sure if that was for technical reasons or an additional screening step. My understanding is that it was private primarily to minimize the bother of hacking possibilities. The party did not cost anything upfront, but a Venmo address was periodically run as a banner across the screen to tip the dj who was visible just then doing his thing. That reminds me, I'll do that now.

The audio was provided through Mixlr, which was cool because that meant it could be run through my stereo and that worked beautifully. There were a few brief interludes of inexplicable silence throughout the three-hour party, but I do not know which end, transmission or reception was responsible for those.

I was not sure at the time how many people actually showed up. I chose the option on my screen to pin the Live Feed as the primary video with four thumbnail sketches along the side. The operator running the Live Feed did an excellent job. Sometimes it was just a screen filled with thumbnail sketches of participants, as many as could fit on the screen and sometimes it was a video of a single person or a couple dancing. I am guessing these were rotated as over 200 folks did attend and the screen did not fit that many. Participants were encouraged to make use of the create-your-own background feature Zoom offers and that was entertaining. It was a Grateful Dead party so many of the living rooms had colorful psychedelic overlays. Some people wore full face masks and costumes like they would at festivals. The hula hoop girls with their light-up hoops spun around. I felt a rush initially: my people! And I could almost feel the human energy field. When the guy in the tie-dyed shirt with the big grin was dancing toward me center screen, I loved him like I would have in real life if he were dancing next to me. I liked watching the hippie girls twirl about in their own worlds of rhythm. 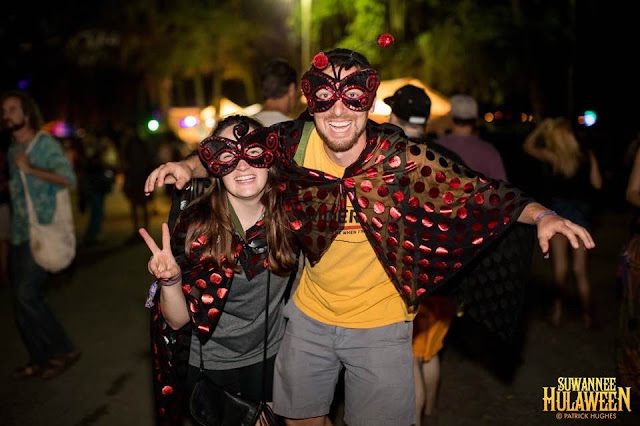 But I admit it took an effort to sustain.

The producers did an excellent job of recording dancers and then playing it on the screen. I could tell from my own thumbnail screen that my living room was too dark, yet somehow they lightened it and caught me twirling. And while I don’t mind being watched when I dance, watching myself was a bit odd as I did not appear as the goddess I thought I did. That brought me an awareness and self-consciousness I had not been seeking.

By not simply letting real time scenes play on the “Live Feed”, the producers were able to avoid scenes of empty living rooms. I, for one went outside a couple times to soak up the full moon. You had to get up really close to the screen to make out the figures in the thumbnail images so a couple folks were caught doing that and that came across as sweet. I imagine the more awkward attempts involving craning and squinting were intentionally not included. Nor was there footage of anyone picking their nose.

There were decided advantages to simply pulling a beer from the fridge instead of waiting in line and to using one’s own bathroom. And a mixed advantage to being able to just lie down on a whim. On my last return from the bathroom, my soft velvet couch proved impossible to resist. Had I been at a venue, I would have waited out the last half hour, supporting the band and my remaining friends, but here I knew they could loop me dancing on the screen while my feet said ‘Awesome, thank you. Remember that stress fracture you’re nursing?’

And while I was lying there, my battery died and the video screen turned black. I went upstairs to bed.

Had I been with real humans, even dead tired I would have stuck it out to the last dance. And who knows, maybe even found that the night was young and there were still shenanigans awaiting. 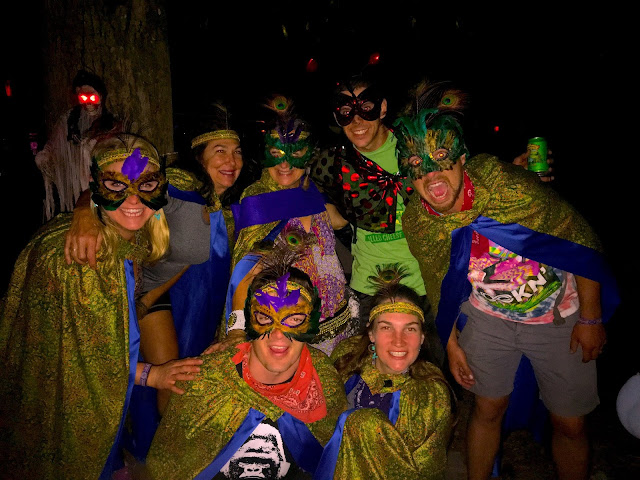