He had a fierce hangover when the train slammed to a halt and the Policia Nacional stormed his car.  Oliver looked inquiringly at his colleague across the table.  He had been drawing a diagram to his favorite Barcelona haunts for Oliver.  “No worries,” his new friend murmured, abandoning the paper and sitting up straight against the back of his seat.

He nodded toward the police, talking very softly in the otherwise silent car.  “The policia are always on the train because the drug flow from Africa is constant.  But also because of what is happening now.  Remain still and watch discreetly. If the situation does not escalate, this can be over soon and we will be on our way again.”  He glanced at his watch; he was on a business trip.

Oliver could not help but smile.  The gentleman’s English had to this point been perfect.  Was this irony?  His friend was not smiling.

“How did they stop the train?” Ollie asked very quietly.

“They got into the signaling network.”

Stan then better understood the stony faces of the Policia next to him.  They were glaring angrily out the windows as they stood at arms. That was pretty serious business, interfering with the movement of trains.  They were playing with the lives of many.  There was a likelihood this could escalate.

Outside there was a lot of shouting, some confused, some militant. Bullets were fired. The car was rocking from shifting weight and then Ollie’s windows were splattered with dark orange paint.

There were spaces in the design through which he saw her, the intensity of her expression, her fluid movements, a choreography of body and creation hardly separated even when she was simply moving across the platform from one point to the next, leveraging the rubber of her sneakers to reach and stretch yet further and back again.  What was she painting?  If they moved in together, would she bring along a pet panther?

Another policia, with two guards, briskly entered the car, shouting instructions to the force there. He moved through to the next car. There were no more shots.  The policia in his car did not move.  They no longer appeared to even see the activity out the window they were watching.  The passengers all feigned disinterest as well.  Ollie thought how that could never happen in America.  Ten minutes passed before another battery of bullet fire.

A lithe artist, long, lean and wearing jeans, a black t-shirt and a black balaclava making him look mildly sinister, also  grabbed the young woman’s arm, yanking her out of her trance. He nodded toward their compadres, all wearing sneakers, jeans, t-shirts, and balaclavas, but they were running away from the scene very fast to beat the Policia to their tunnel and blockade it before they did.  When he jerked her backward to join them, she still had her finger on the button and sprayed orange paint on to the purple weedy flowers at the track’s edge. She glanced down to view what she had done and took it in.  And then she took a final long look at her work on the train, her midnight eyes meeting Ollie’s when they traveled to his window.  He knew her from somewhere.  Did she recognize this and smile at him? She was definitely smiling as she ran past the artwork on the train and as Oliver passed reluctantly out of her life.

He wondered what she had painted.

“I could marry her,” thought Oliver.

As the train picked up speed, his companion resumed mapping sites not to be missed in Barcelona.

“Where are you going next?” he asked Oliver.

“Well, I wouldn’t bother with Madrid,” he said.  Then he looked down and grumbled.  “Perhaps I shouldn’t say that.  It is just my opinion.  I am a Catalonian and they are different people in Madrid.  Spaniards.  We see things differently so what they see as art in architecture for example, well it is a matter of diffidence.  I just can’t honestly say that I would go there to see anything of cultural significance.  It is a bit if a sepia wasteland.”

He backpedaled a bit, softening these declarations with apologies that perhaps certain named buildings were not so bad historically, but by then Ollie had resolved not to bother with Madrid if he liked Barcelona and didn’t hear what exactly he was saying.  Maybe he’d stay in Barcelona longer.

On the crowded tram in Barcelona, Oliver, standing, became a bit irritated that the young men did not have the manners to offer their seats to the elderly, not even the awareness of propriety.  They were sloppy, with looks of insolence; their older versions dressed frumpily, letting their bellies swell and drop and they all had baggy eyes.  The little boys had man heads and faces.  Their eyes were buggy.  The little girls looked like mini versions of the skinny, mean hillbillies Ollie had met in concrete bars in the South.  Scraggly hair. Smeared mascara. Usually pretty good pool players.  Sass, that’s what it was that made them different from the polite girls of the Midwest and the refined girls of the Northeast.  You almost expected to see a cigarette hanging out of the corner of their little pouty mouths… and if you did, well you wouldn’t say nothin’ about it.  Ollie noticed that as his thoughts traveled to a particular locale, they picked up the vernacular.  Maybe he should study neuroscience and get a grant to research that. 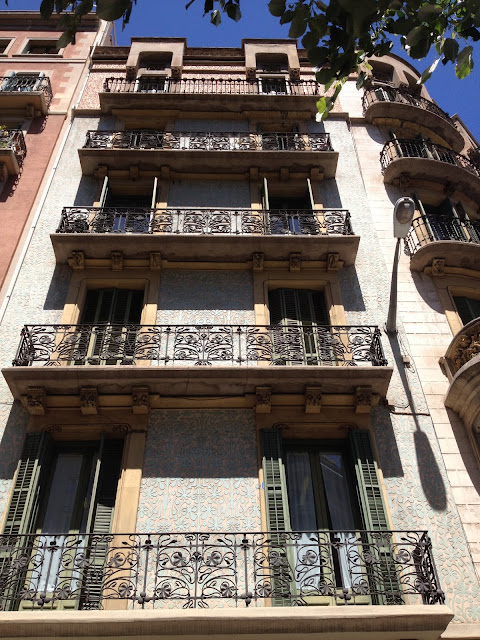 Ollie lost himself in the grillwork, which gave the girls' greetings in the background depth, context.  Look at he eyes of the center creature; they were from a wild, dancing cult. 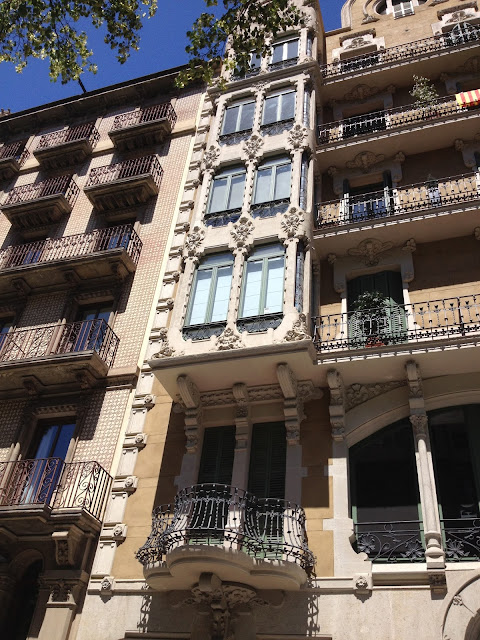 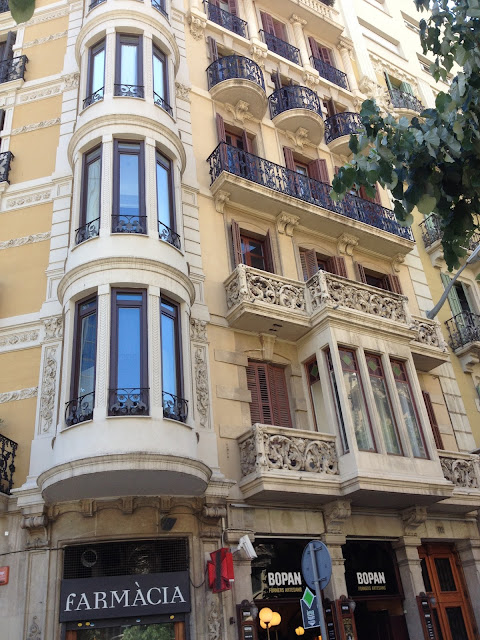 A third woman exited from the farmacia and recognizing the others, shouted, “Ho-laaaa!” 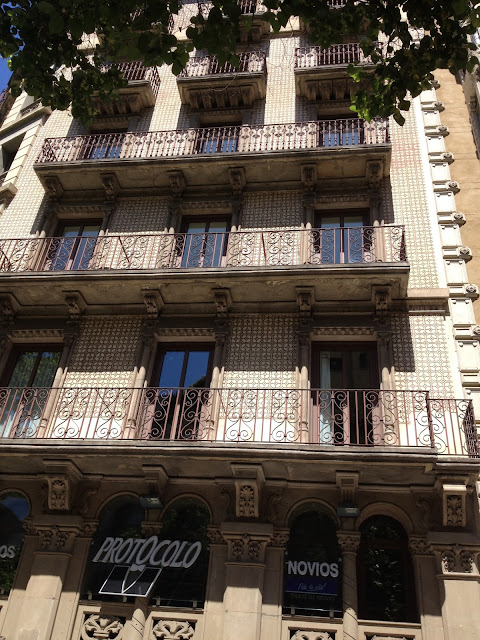 to which the other two belted out, “Ho-laaaa!”