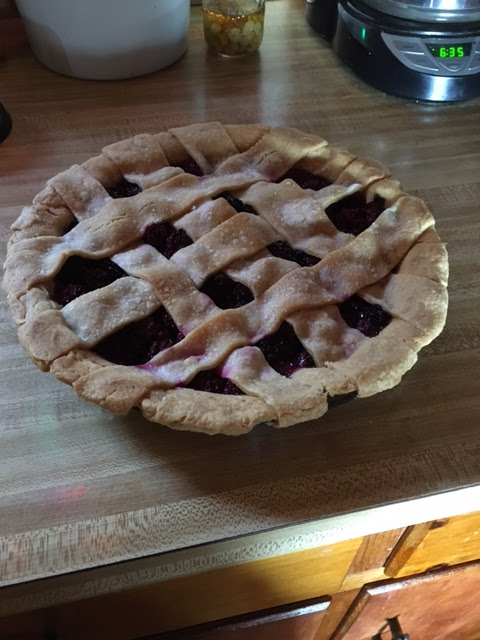 A friend was considering visiting and I, who had not been to a grocery store in weeks, began foraging about the property for ingredients for food to serve.  The blackberry bush offered up its bounty.  My friend did not show and I ate the whole pie. 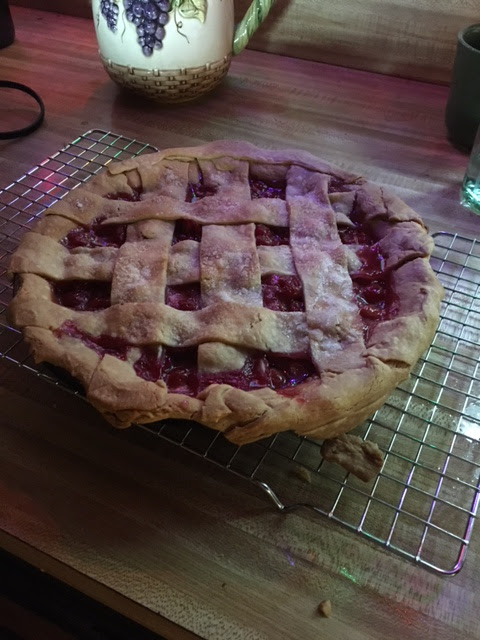 Encouraged by the intense flavor of the blackberry pie and delighted to find the black raspberry bushes generously offering their bounty, I made another pie and ate the whole thing.  It was like eating summer. 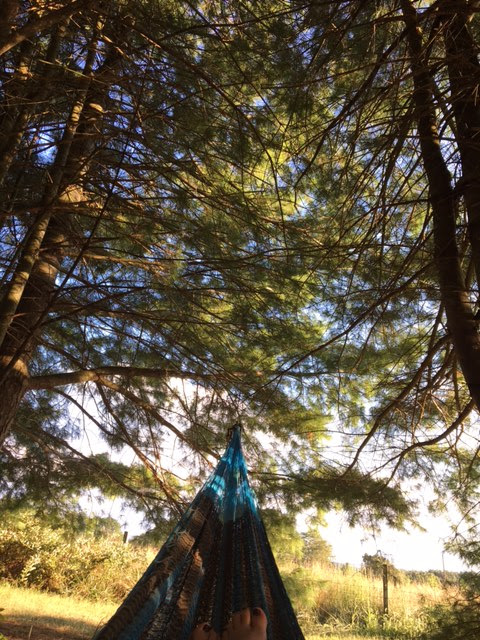 Hammock dreaming. The wind rushes through this copse of trees. 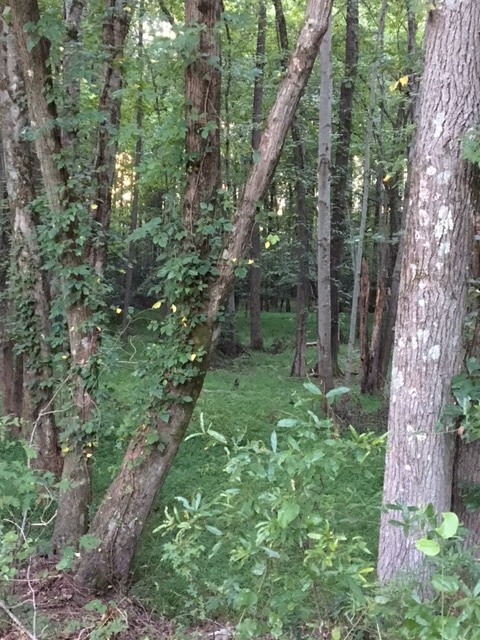 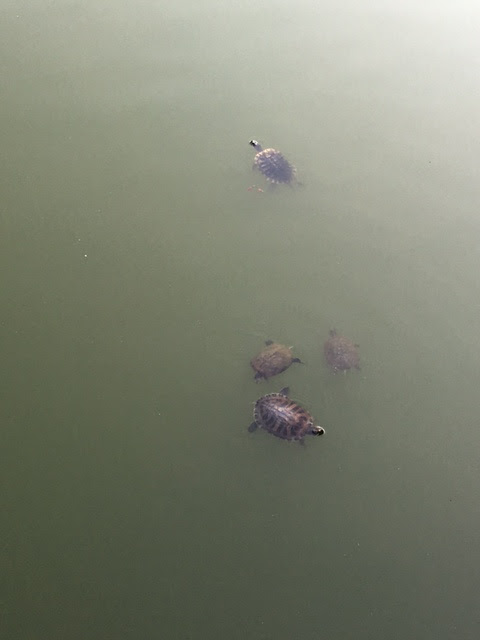 Occasionally I need to leave the farm and work, which these days generally means traveling to Richmond for the unpredictable duration of a project, staring at a computer screen for nine or ten hours and then finding something to do in the evenings.  My choice was this park with a few murky lakes, lush wetlands and an abundance of mosquitoes. 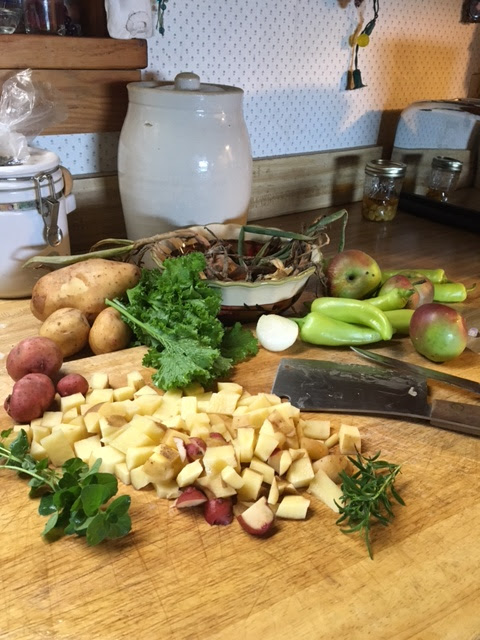 Back home to breakfast from the garden. 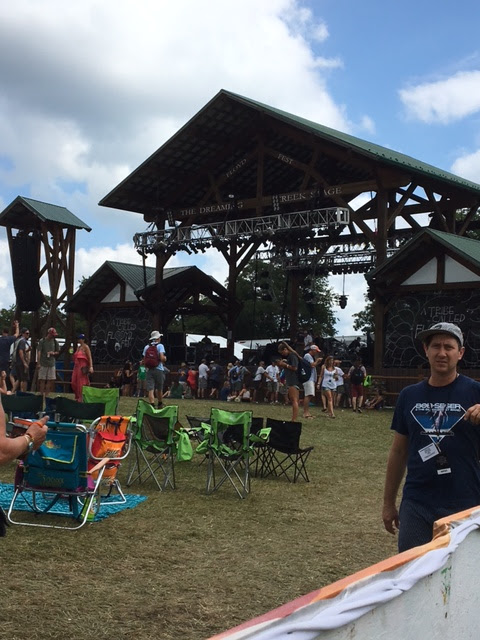 Skooted down to Floydfest for an afternoon.  Floydfest is a festival in the Old World term of a festival, with costumed parades, stilt men, jugglers, very family friendly, clean, refreshing water sprinklers, beer tents segregated yet near the music, no overt drug use or trash. 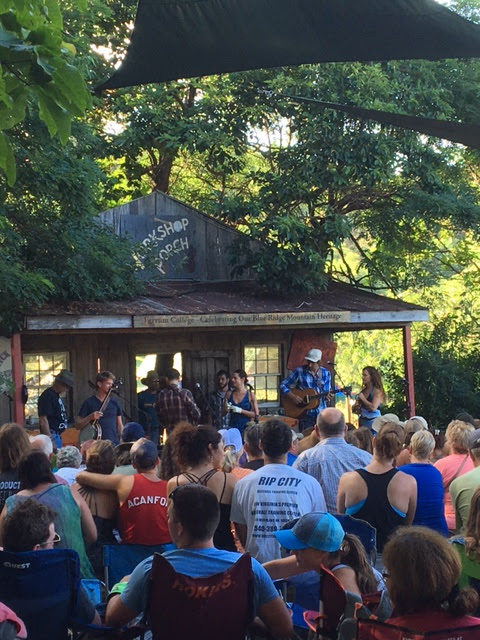 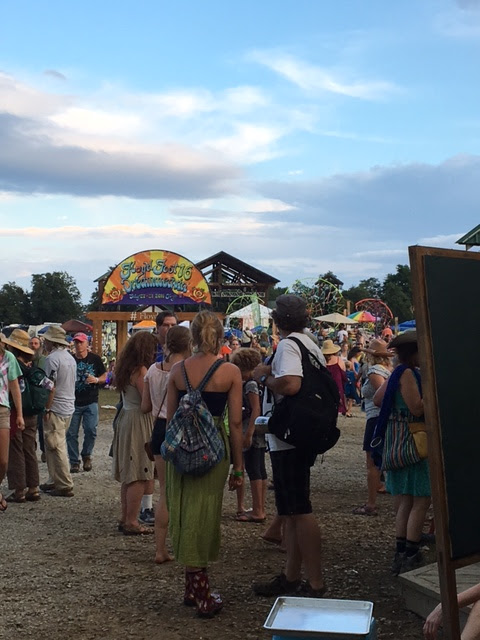 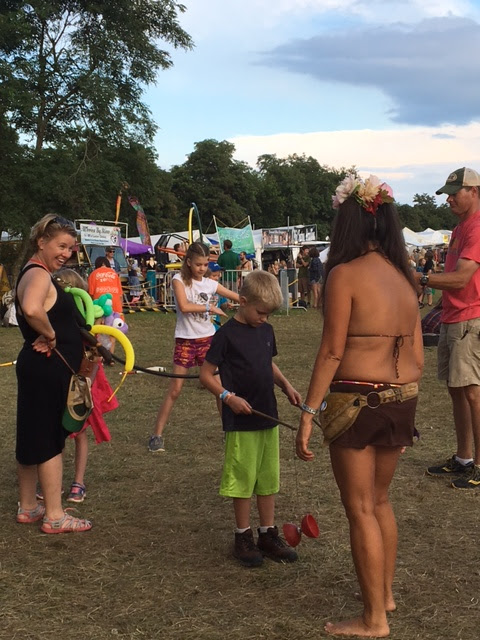 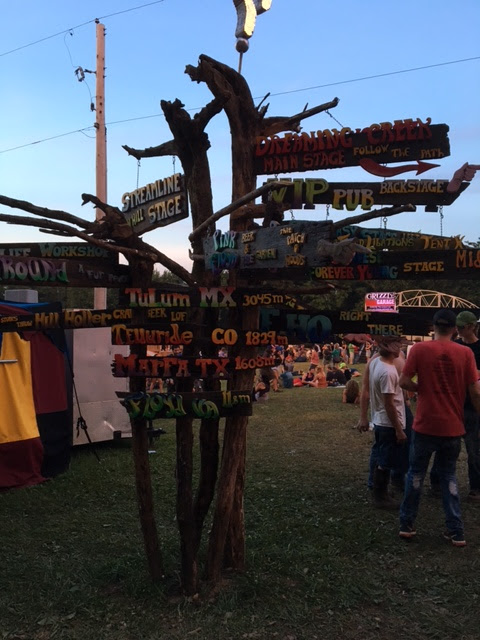 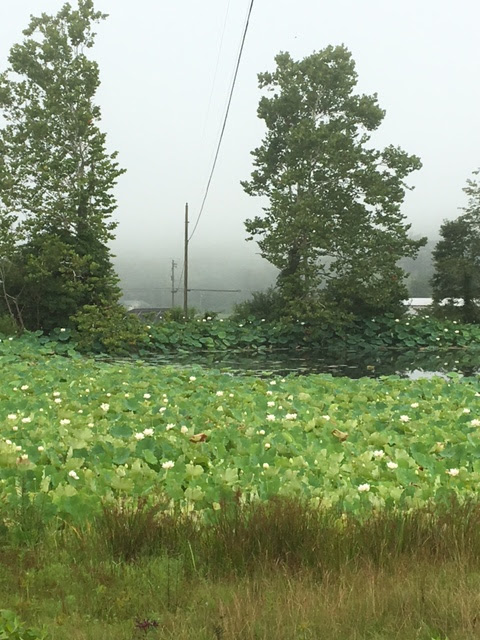 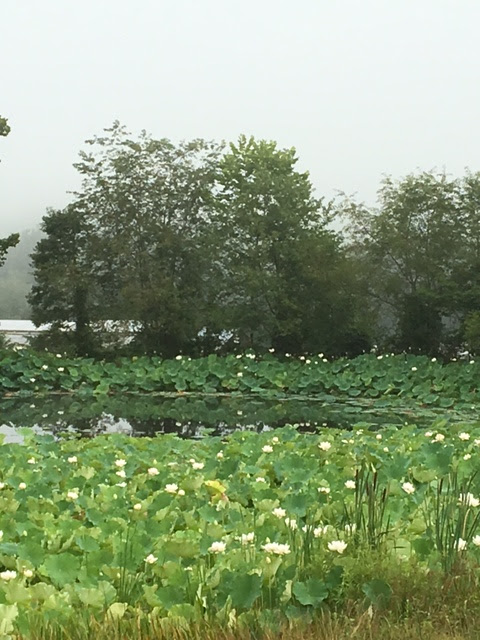 Morning fog and water lilies on the drive home the next morning. 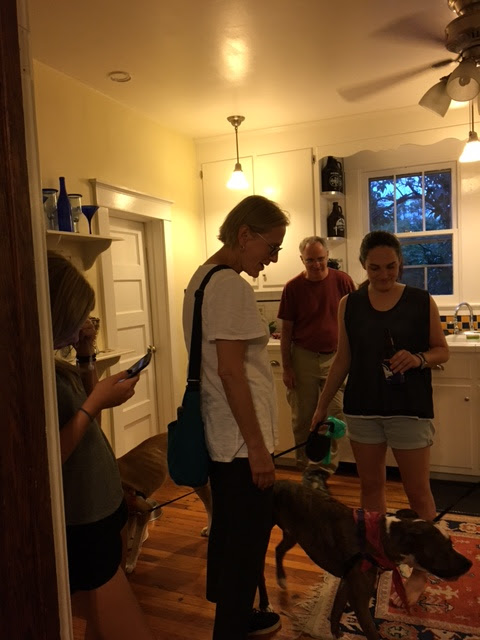 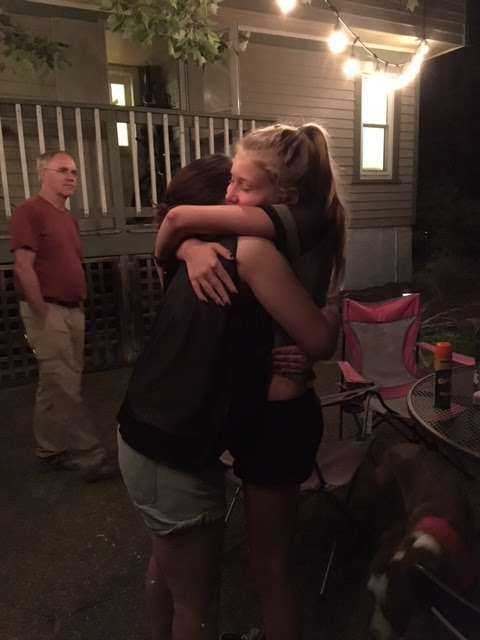 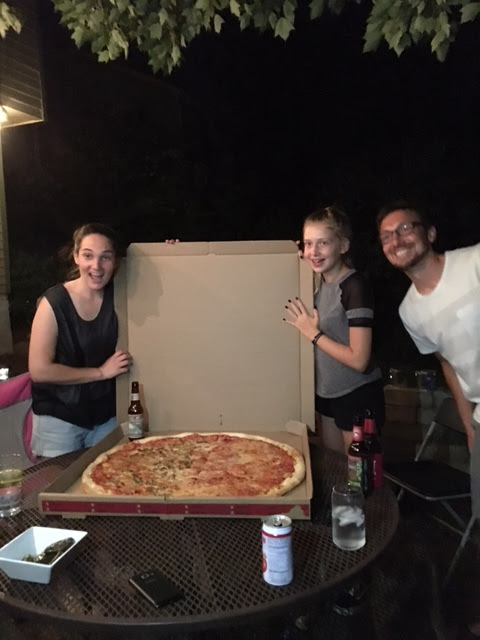 Family fun!  Easier to travel in the summer... and Luisa came from Austria.  How we missed her! As Americans have the reputation of eating copious amounts of food, our hosts, Luke and Justine, showcasing their hometown of Harrisonburg where we all met up, proved just that by ordering this pizza. 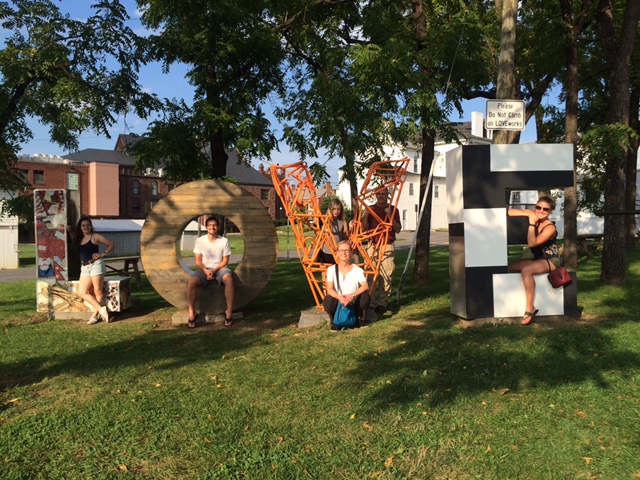 Love in the afternoon. 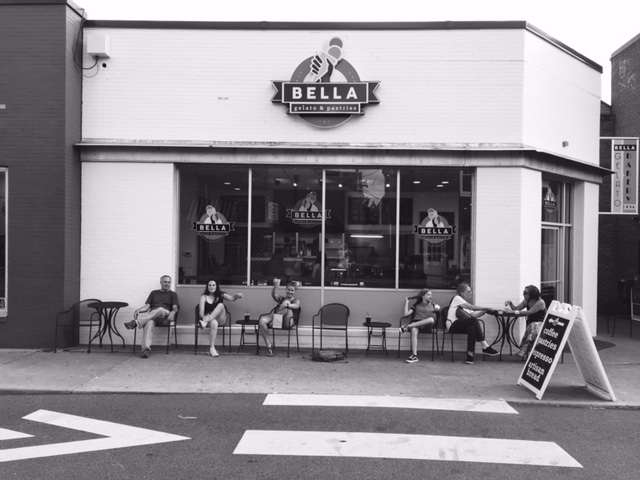 Gelato in the afternoon. 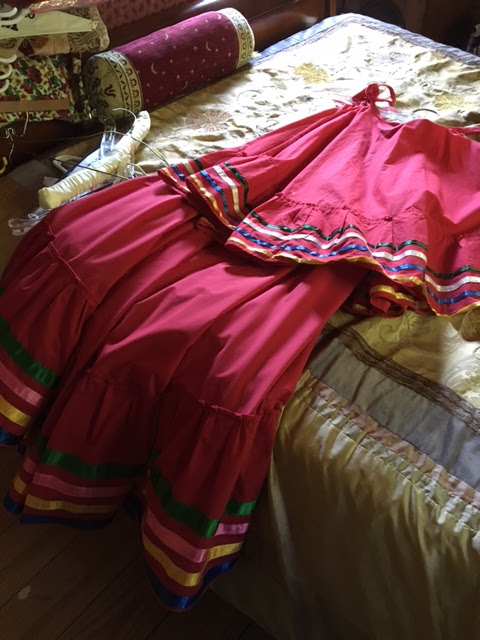 Back home, cleaning out closets, I found these flamenco skirts I bought for Hannah and I when we lived in El Paso.  I am still not at ease with the fact that the kids are not kids anymore and they are not coming home. 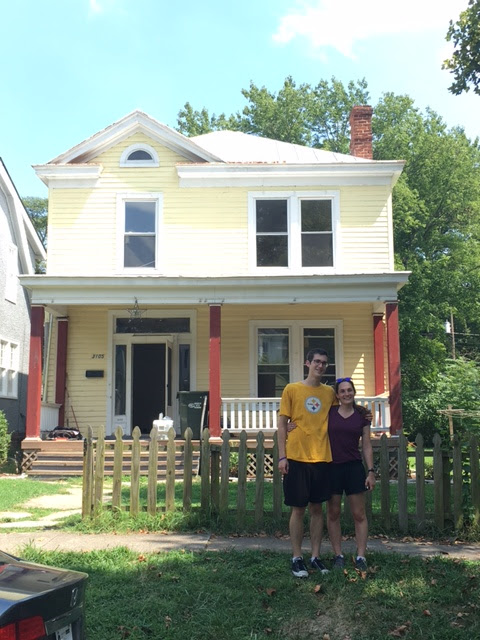 Hannah has in fact lived in Richmond for a few years and this summer, she moved into a fixer-upper with her boyfriend. 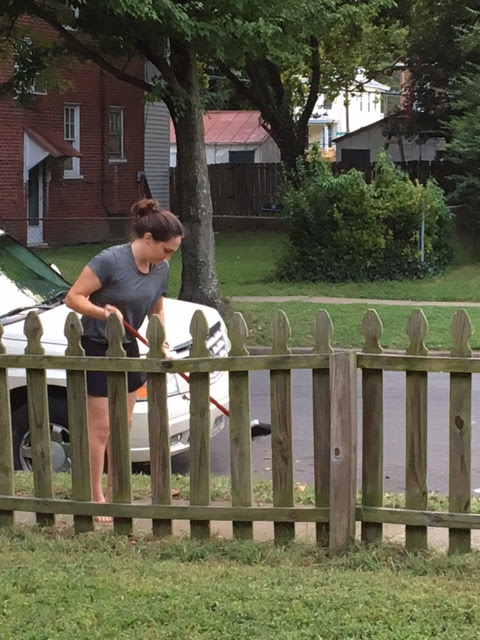 She has grown a bit too big for the little flamenco skirt. 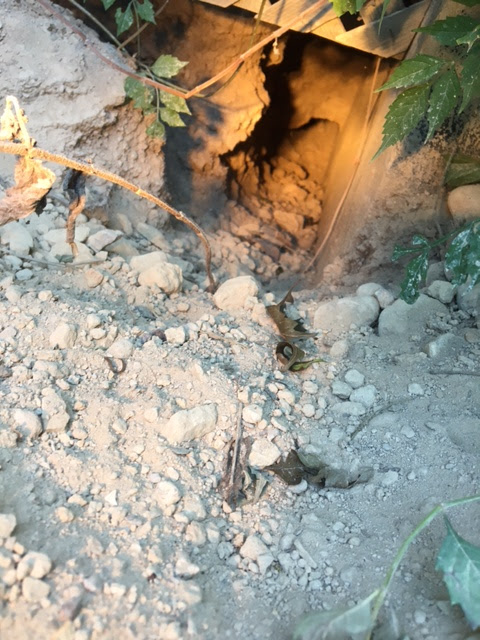 A new skill for my resume: Trapper.  The old androgynous groundhog, who has lived under the smokehouse (c.1819) since we moved here in 2001, and who shakes the smokehouse with whatever it is he does under there, somehow gave birth to a litter of groundhogs this summer.  Considering that the smokehouse and the horse stalls, under which an unknown number of groundhogs have dug extensive tunnel are both within feet of the garden, a good deal of my crop was devoured, much of it before it even blossomed.  I usually plant hundreds and hundreds of zinnias because they are pretty and I like to fill the house with them, but the groundhogs were quite diligent in chomping off the tops before they grew very high.  I also planted several kinds of winter squash as they store well and make delicious soups, especially when mixed with the Asian pears (which suffered from the amazingly prolific and shrill 17-year cicada migration), but the groundhogs love their leaves and decimated everyone.  They were also quite greedy with the tomatoes, though thankfully I had plenty to spare this year.  This one dug a tunnel under the front porch right next to the watermelon plant, where he could wait until the perfect moment to pluck the fruit, which he did.  But the UPS man brought me a Havahart catch and release cage and I was able to trap this guy and relocate him to a lovely abandoned farmhouse.  I am still trying to catch his siblings to join him.  But they still have the bounty of the garden and have no reason to search for food in a trap, so it may be a couple months until I can snag them. I did catch and release close to forty mice in the cabin this summer (finally it doesn't smell like mice), but trapping mice didn't feel like it qualified me to call myself trapper.  But now, no problem, Master Trapper. 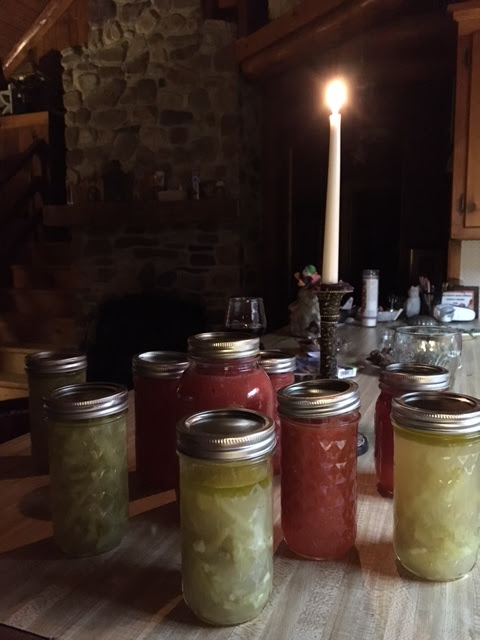 Sweet peppers sauteed in garlic with some dried hot pepper from last summer and then simmered in a chicken broth.  Fabulous with parmesan cheese and sour cream over pasta.  I also made up some batches of fresh tomato juice.  It's so good one doesn't even crave vodka in it. 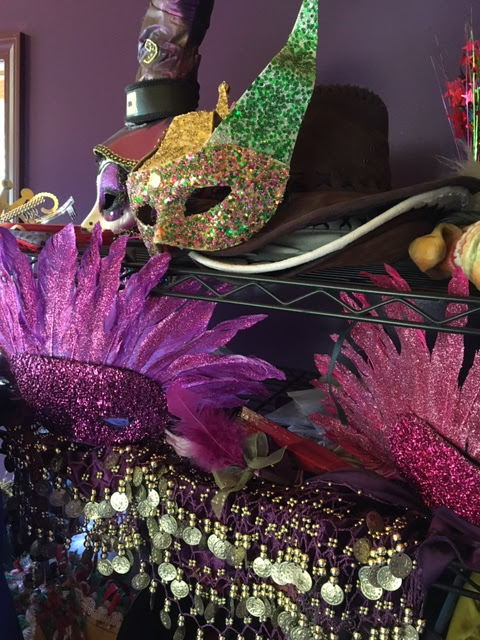 Well, out to the studio to pack for the final summer festival, just over the hills in Arrington, Virginia: Lockn. 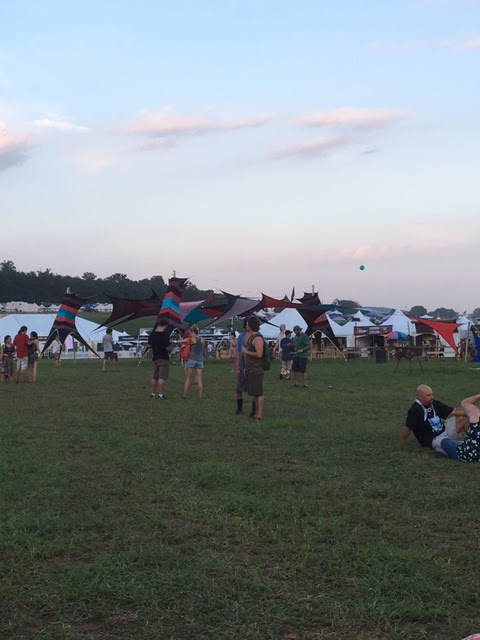 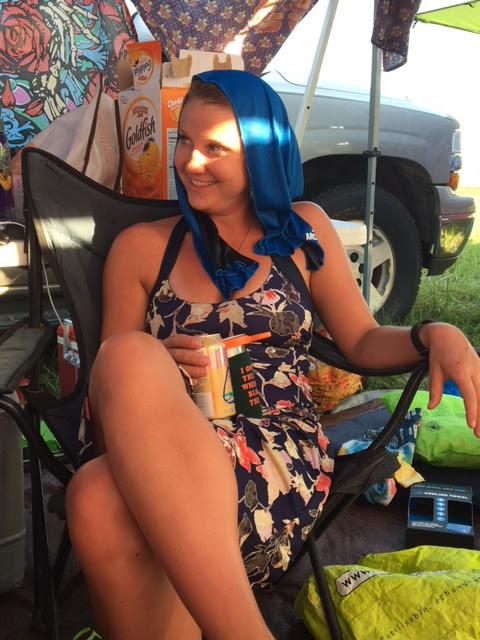 Partying under the tent canopies. 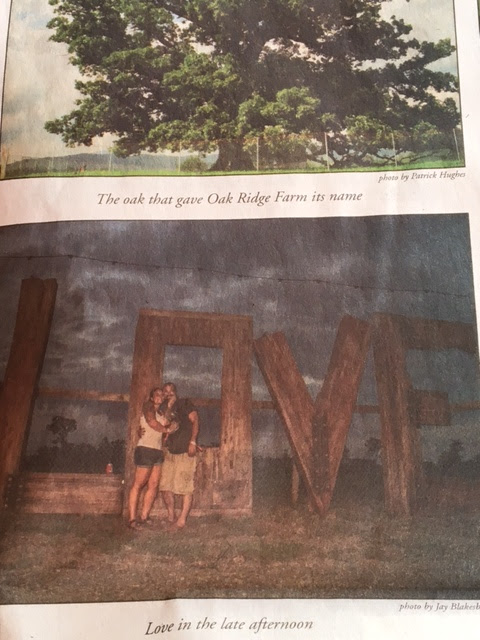 Remember Remy and Matt from the Memphis in May trip?  Well, here they are at the Blue Ridge Bowl, where they met at the Tedschi Trucks concert a year and a half ago.  This photo was in the Lockn Times.  Matt proposed to Remy. 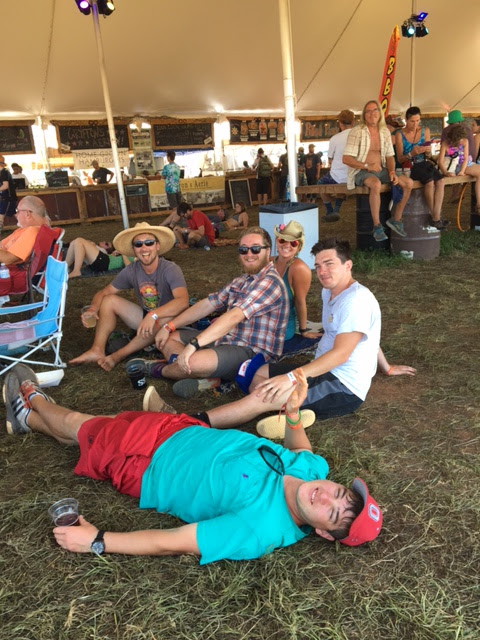 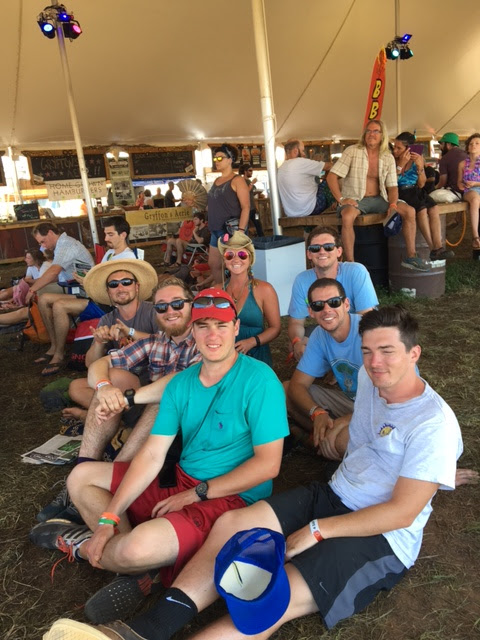 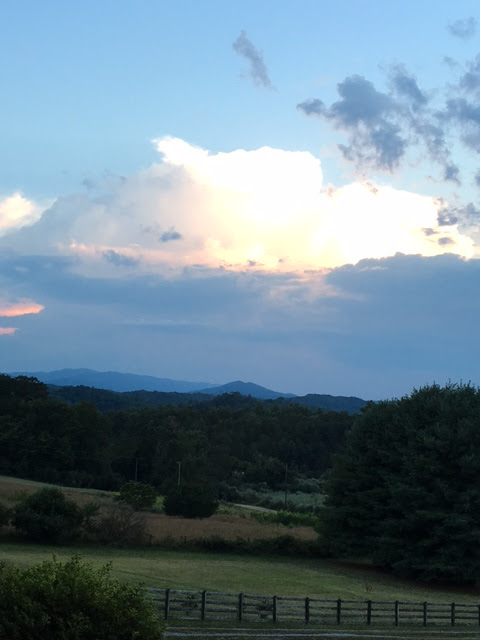 Back home on the porch.  The songs of the frogs and crickets have dropped an octave to a more melancholy tone.  Summer is ending.