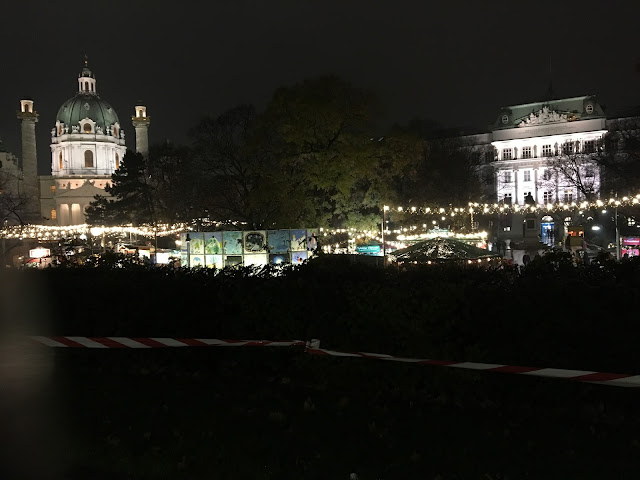 For years I have wanted to visit an open Christmas market where unusual hand crafted wares are offered. In Vienna, taming he cold sleet and snow, is the further offering of mulled wine (gluwein) to be drunk heartily near a warming fire.  For me, this resulted in a few intriguing purchases, including the coolest hat I just had to latch up for my daughter who, opening it on Christmas Eve, found it was possibly the ugliest hat she had ever seen. Crowds gather under the tents and socialize nightly as in the Parisian cafes.  The markets are sprinkled across the city.  I chose this one near Karlsplatz for the artisans there. 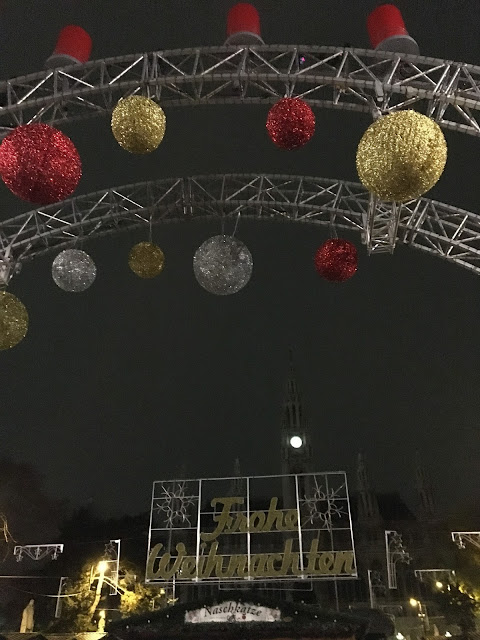 Vienna has become a second home to me and I am comfortable roaming around alone in the wee hours of the morning.  This night I had stumbled out of a nightclub (some kids never grow up) and was passing by the Christmas market in front of the Rathaus, a touristy one selling a lot of fragile Christmas tree decorations, so not up my alley, but I was still smitten by the grandness at night, even with the lights off... and the pretty Christmas tree across the shiny, empty street seemed to reflect the blurry warmth I was feeling. 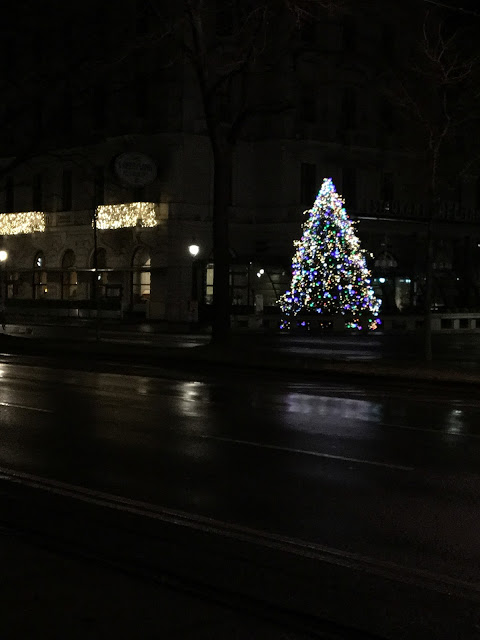 The excuse for a November trip: 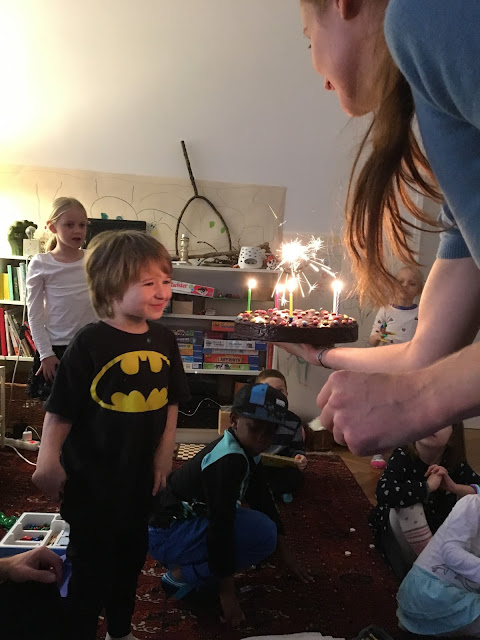 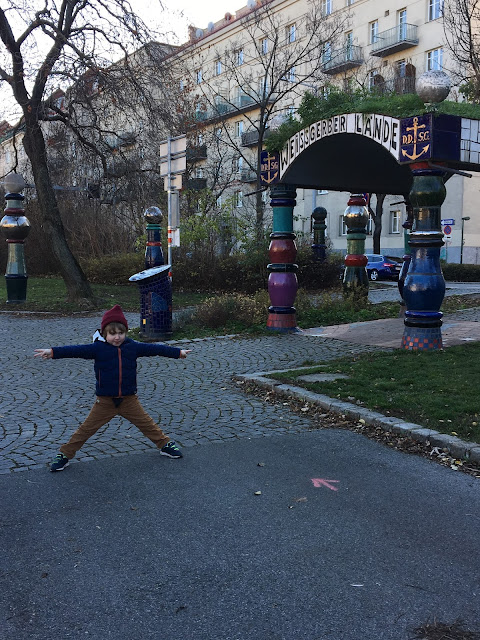 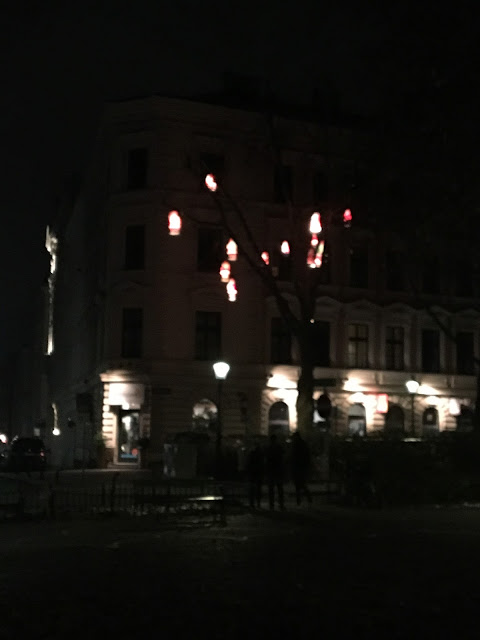 In the plaza between Adam's two houses hang a dozen saint nicks from a tree. It is also just outside a family restaurant with the best schnitzel imaginable, which I like to accompany with tankards of cold beer so that my world becomes an abstract of its former self.