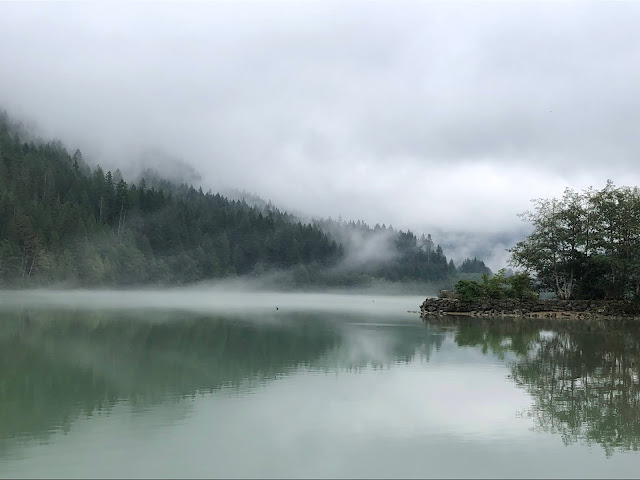 Washington State Highway 20 continues to run west from Lake Diablo along the Skagit River and that’s the direction I was heading. Just before Marblemount, twenty miles out from my campground in the North Cascades National Park, is a sign on the right for the Alpine RV campground with a laundromat for public use. Exactly what I was needing just then. There were just a couple washers and dryers but only one other person was doing his laundry; he was using only one of the dryers and was just about finished. He ignored me, a resident I figured. I ignored him too.
I keep a container of quarters in my car, but it was about due for replenishment so while the clothes were in the washer, I knocked on the manager’s door and asked if he’d like to swap a twenty for a portion of his treasure trove. He was amenable.
I took advantage of the time to clean out my car. Even sheets and pillowcases were in the wash. I gave the down comforter a hearty shaking and let her get some fresh air while I swept and wiped, polished and shook. I keep a canister of natural oil scent in the car, so once the bedding was all back on, clean cloths and clothes folded and replaced and everything was shiny and happy, I gave a little spritz, turned on the music and hit the road. I swung into the convenience store in Marblemount, which I found a welcoming place and picked up a couple choice items, that is, a couple IPAs. The cashier was animated and kind and also sold me a couple postage stamps. She even had a couple international ones which was good because the post office across the street was closed and did not have a ticket vending machine in the lobby. The food truck in the parking lot advertised fresh pulled pork sandwiches, but they didn’t have any and I was feeling just quirky enough to not want an Italian sausage just then, even though I’d waited in a car line for a stupid amount of time for such a small place. Too bad as I’d pictured myself at a picnic table overlooking the river having a sandwich with a cold beer. There were several pastry and coffee shops, but I'd had my coffee and didn't want any sweets just then.  And so I simply enjoyed the scenery on a mildly empty stomach. I was heading toward Tacoma to see the Chihuly Bridge, which meant going through Seattle. This posed a bit of a quandary to me as I’d never seen Seattle and had friends from another lifetime, actually two other lifetimes, who might be fun to visit there, but something about the traffic streaming from the City… it was a Saturday, something about all of the traffic and COVID made me shy away this time. I hope there’s another chance. Actually, I think I’d like the night life there on a weekend night with an energizing date. How edgy weekends felt before COVID. The edginess now is of a far different sort.
Not far from Marblemount the Sauk River begins, running south from the Skagit River and that’s where route 530, a short cut to Seattle begins as well. I was happy to read in a Wikipedia article that it is a National Wild and Scenic River. I confirmed this on the US Department of Agriculture Forest service website. The Forest Service is responsible for ensuring the protections under the Wild and Scenic Rivers Act, that is, that they retain their free-flowing condition, their water quality and their special character. It’s not the strictest of protections as the forest service balances interests when it comes to development and as we all know, that can be a slippery slope. The upside of their flexibility is that they retain the authority to protect areas from overuse and development can certainly be questioned, if nothing else. The Wikipedia article has a nice photo of this section of the river which I refer you to as I didn’t stop to take a photo during this stretch, and I feel like I already use too many hyperboles. If you use Wikipedia, you should support it. They ask so little and deliver so much. I appreciate the non-commercial contributors in the way I appreciate medical personnel in the front lines. And to a lesser but still significant degree, helpful store personnel.
I was also happy to read that fly-fishing is good on the Sauk River. That’s a good indicator of a river’s health. And it’s romantic.
In Darrington I ordered a take-out meal from Dos Agaves. It was exactly what I wanted, and I was looking forward to finding that picnic table. The Sauk River continued south here, but 530 turned west and I soon found myself traveling along the milky white Stillaguamish River. I loved how mellow the colors of the waters were here, soft jade or milky white. I will never look at a muddy river with anything but awe again, wishing it was clear but instead will ponder what it carries, what changes it is part of. 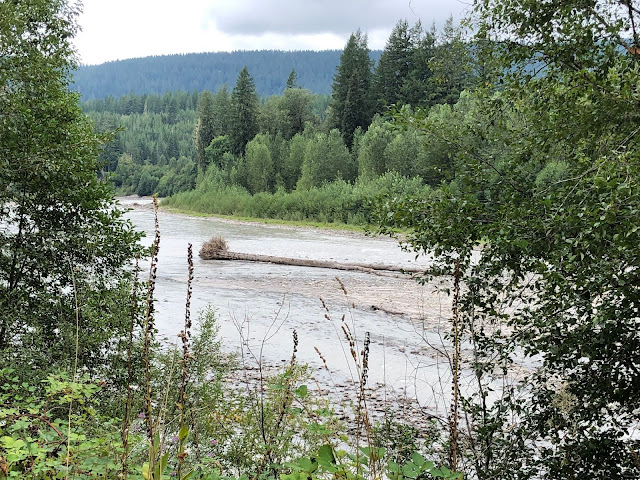 Keep an eye open on route 530. Only two miles west of Darrington is an organic blueberry farm. I bought a generous basketful for only $5. They proved a delicious snack over the next day and a half.
I had my tasty meal and not quite my fill of scenery before hitting Highway 5 and the nightmare that would be: Seattle traffic. I had hoped to avoid the worst by traveling through on a Saturday. It was bumper to bumper for so long that I thought there must be an accident or a football game, but there wasn’t. I got off once to get gas, which was priced about five times higher than gas prices as I’d recalled them. Prices had been getting progressively higher as I headed further west, but now I was simply confused. I regretted getting off, finding myself ensnared in traffic, making a turn I didn’t want to and spending an inordinate amount of time just trying to get back to the road I needed to on, to get out of there. The red lights took longer than it takes a person to sing the Star-Spangled Banner very slowly four times, and there was either somebody outside my window panhandling or a group of furious protestors. Through the confusion of heavy traffic rumbling, horns blaring and angry shouting I was able to discern a group of anti-vaxers, though if you examined their posters more closely, some of the members qualified their position: they weren’t necessarily opposed to vaccinations, just the fact they had to get them. What good was any of this doing? There are plenty of cases where civil liberties are being eroded for no valid reason. Direct your energy toward those. I’d finally lost my patience being courteous to those of subpar intelligence and now just wished they’d all die. Preferably from COVID. Or poor diet. Getting back on Highway South was more of the same aggravation and getting gas was a nightmare as well. There must have been thirty pumps where I stopped. Maneuvering for a spot required a melding of creativity and caution one I felt I had to get just right or possibly be shot. This was followed by a long span of patience as the person in front of me showcased a protracted litany of bizarre and dramatic behavior, delaying her departure in anything remotely resembling a timely manner. She threw in a couple false starts too. Like she was truly about to leave. My hopes soared and plummeted. Soared and plummeted. Then the pump didn’t work. I’d have left but it was holding an open purchase on my credit card in what looked like a place where the next person, probably in a monster truck with two tanks would be stoked to find free gas. This required making a trip into a convenience store you’d only see while hallucinating: with the endless line to one working register.
It’s okay. I eventually made it to Tacoma. It was pleasant. Quiet. A small town Sunday quiet, only it also offered culinary delights and the opportunity to slip into a cool art museum. And that was just on my walk from the parking lot below the art museum to the Chihuly Bridge. 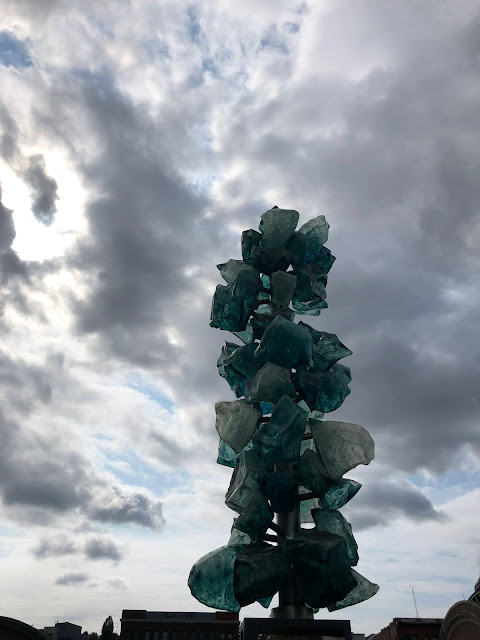 I don’t know much about Dale Chihuly. Thinking about him makes me miss living in South Pasadena, a short walk to St. Pete Beach and just down Gulfport Boulevard to St. Petersburg where Dale Chihuly has a glass blowing studio as well as a super cool museum within walking distance of the equally cool fine arts museum, fantastic restaurants, the Salvador Dali museum and not far from where the Florida Symphony Orchestra plays, as well as around and right down the block from Studio 620. As I stood directly under one of his chandeliers in the museum, the showcase of the small room, I was vaguely aware that the vibrant colors of the hand-dyed cut-out felt scarf I wore made me a perfect camouflage of his work. Several people exclaimed as they entered the room and I found myself in a photo op. I felt proud that they found me one with his sculpture. And each time I’ve come across one of his works in a public space, like the tall red glass reeds in the reflecting pool outside the Virginia Museum of Fine Arts, I fill with joy. So, I wanted to see his Bridge of Glass in Tacoma. It was definitely worth it to me. I did not know at the time, how many of his works were modeled on the sea life I was about to learn and see in intertidal pools or, in the case of the myriad jewel-like grasses, washed up on the beach. The lighting through the ceiling of sea sculptures was lovely at the end of the afternoon. 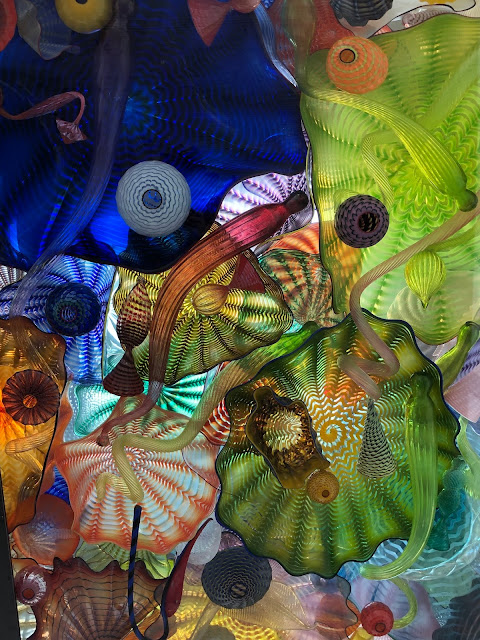 I relaxed on the bench under the bridge’s dome and just regarded the colorful, imaginative vases in the glass case lining the wall across from me. I left when I was satiated. Tacoma was a relatively easy town to navigate and I found that the hell on Highway 5 was just about over.
I didn’t keep very good notes about where I slept that night. I just recall being very tired driving down an unpaved road toward an ostensibly legit campground. Darkness was fast descending as I tunneled through the woods. I got the heebeegeebees before reaching my destination and with much consternation turned around. It may seem silly to pay heed to such ethereal warnings, but who knows, I can’t discount the astonishing fact that despite my impulse to live on the edge I’ve made it this far. Nonetheless, I turned around and found the next suitable spot on public land to pull over and sleep. Another velvet night immersed in the susurrus of crickets and the quiet calls of frogs and night birds. In the morning, I woke, availing myself of one of the emergency tasty canned coffee drinks and swerved out onto the highway, ready to explore the wonders of Olympic National Park. 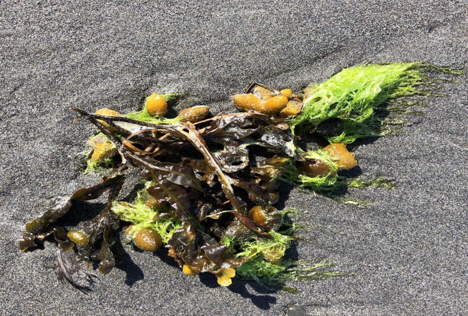 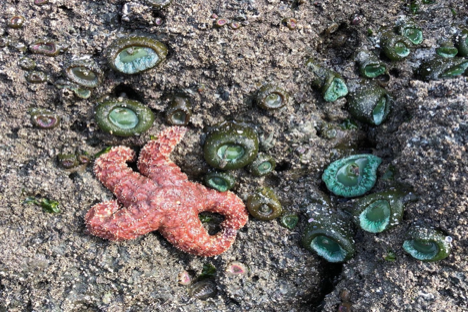 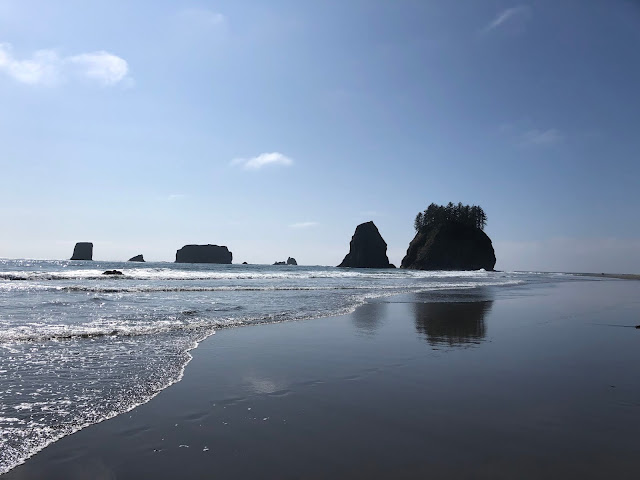