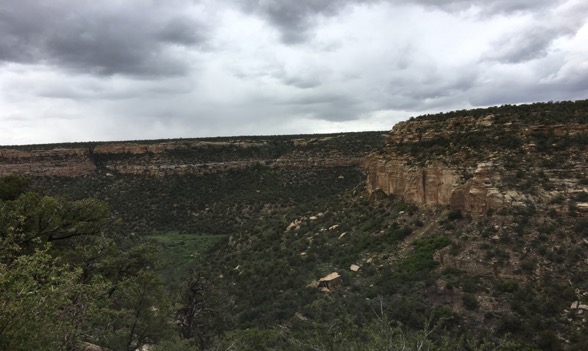 It’s only two hours and some change to get to Mesa Verde from Arches.  I set off early. Mesa Verde's peaks rise 8500 feet. Many of the hilltops are relatively flat, hence the name green table. The climb from the entrance is steep with incredible views on both sides that it would be best the driver did not take in.

A UNESCO World Heritage Site, it is the largest archaeological preserve in the United States with 4500 archaeological sites. Weapon points dating to 9500 BC have been found and evidence dates habitation in the Four Corners region, at least seasonally back to 7500 BC. People began living year-round at Mesa Verde around 550 AD. It is believed these families were ancestors of today’s Pueblo Indians. Around 1200 AD, they constructed around 600 dwellings within the alcoves in the cliffs and moved into them. They lived there only around 75 years, the last twenty of them under severe drought conditions. And then they were gone. No one knows for certain what prompted the abandonment. Legends simply say it was time for them to move south. An archaeological museum near the Spruce Tree House contains artifacts revealing their prowess as basket weavers and pottery makers. Too, they farmed, preserved their crops and made clothing, mats, blankets and tools, bowls, canteens, ladles, jars and mugs. Pictographs on the rocks provide an insight into their traditions and beliefs.

The paved scenic road running from the entrance of the park along North Rim and Chapin Mesa is twenty miles one way. At its end one can take the Mesa Top Loop, another six miles. Or take the Cliff Palace Loop, also six miles. Cliff Palace and Balcony House (tickets required for both) can be accessed from this loop. Or of course, both. About eleven miles up the road at the Far View area, a road goes off to the right and runs along Weatherill Mesa for twelve miles. Long House (ticket required) is at the end where there is a short loop to turn around. There is a trail and several sites worth checking out up there to stretch your legs before heading back to the main road. You can buy tickets on recreation.gov to join ranger-guided tours of Cliff Palace, Balcony House and Long House. 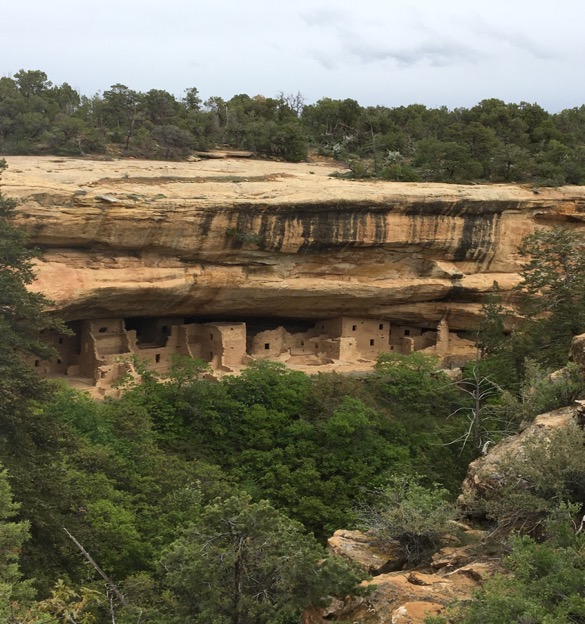 You must register at the trailhead near Spruce Tree House to take the 2.4-mile Petroglyph Trail or the 2.4-mile Spruce Canyon Trail. The cliff dwellings are very well preserved and fragile. I took the Spruce Canyon Trail and definitely recommend it, though be forewarned that it does demand agility. The park is filled with surprising elevation changes and challenging landscape features, including narrow winding trails partially obstructed by immovable rocks or logs and steep drop-offs. 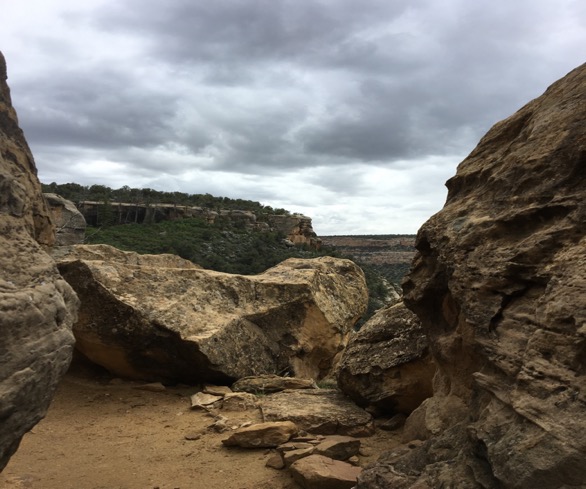 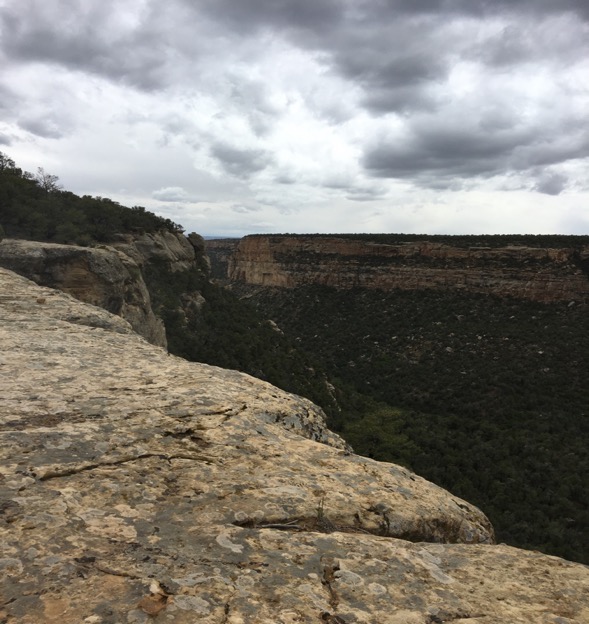 The last time I was there was on my birthday at the end of October when I had the park to myself. Then I hiked the Point Lookout Trail from the parking lot behind Morefield Campground. Point Lookout is the rock that towers above the park entrance and has stellar views. The trail itself is steep, but only 2.2 miles round trip. It’s sandy and winds through beautiful brush and low twisted trees. 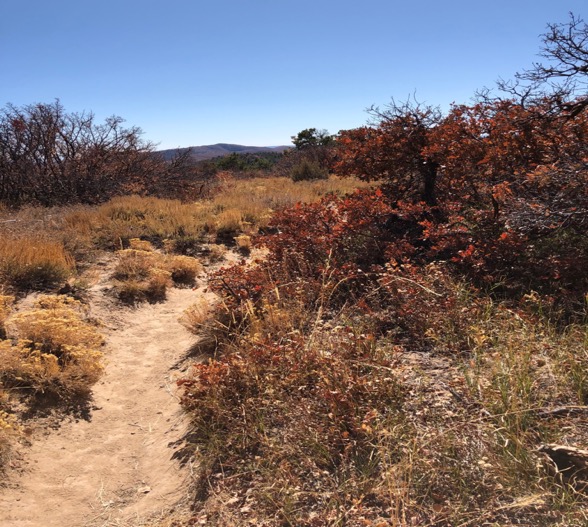 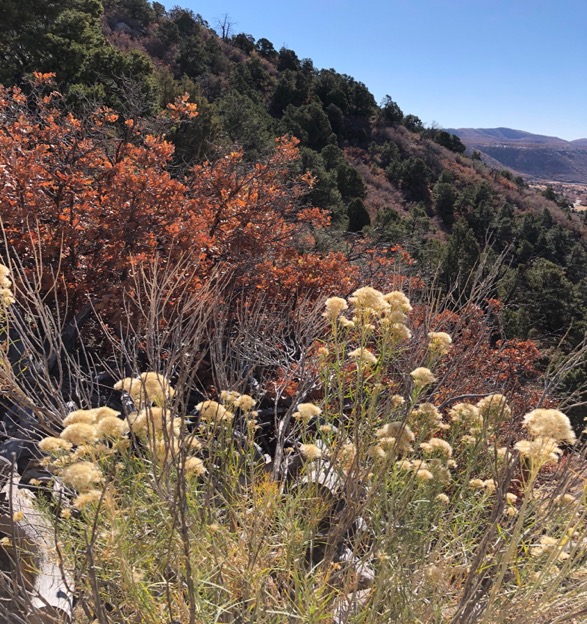 One can see the San Juan and La Plata mountains and the Mancos and Montezuma Valleys as well as the nine-mile road snaking across the valley to the park entrance.

Morefield Campground is the only campground in the park, and it is first-come first serve. Overnight backpacking is not permitted at all. Far View Lodge is open from late April to late October and offers some lovely rooms, some with balconies and stellar views. 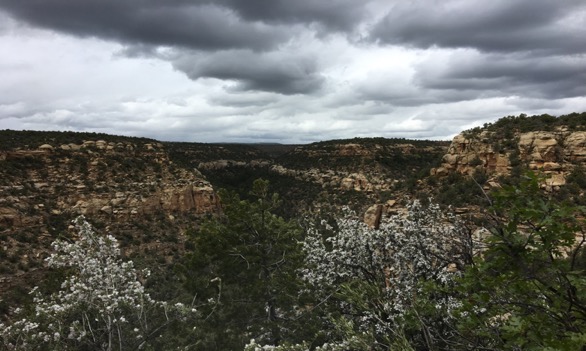 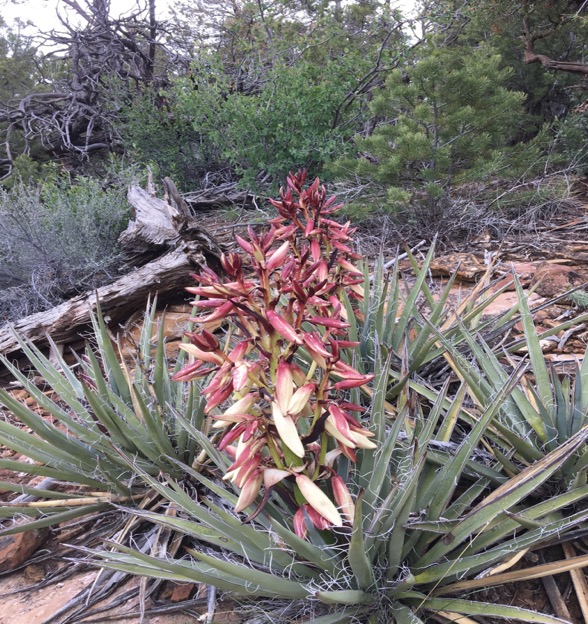 After driving the scenic route and contemplating life as an ancient Puebloan, I descended the mountain and headed into Durango. I had a mission there, scoring some recreational dissolvable THC, Ripple. I’d called Prohibition Herb, a dispensary I’d visited in the past and found to have relatively reasonable prices. They sent me downtown to pick up a free paper, the DGO for a discount coupon. Their mistake. When I was downtown, I found a dispensary with Ripple on sale. Sante Durango at 742 ½ Main Avenue, Durango, CO. Great place. I bought the daily limit and came to understand that the state has no tracking system so I would not be caught if I stopped at another dispensary and did the same. Good to know as I was at a distinct disadvantage traveling solo and unable to return on the morrow. I continued on my journey up to Pagosa Springs, a super crowded little town that looked quite fun with a number of microbreweries and another dispensary with Ripple on sale: The Greenhouse Dispensary.

From here I continued up Wolf Creek Pass, a mountain pass where I thought for certain I’d meet my death one snowy May day when the snow was so deep it almost smothered a tall sign that read Danger Avalanche Area. What exactly are you supposed to do when you read a sign like that?

Driving faster than 10 mph on the icy mountain was out of the question.

But this was a clear September day, and the mountains were bursting with life. 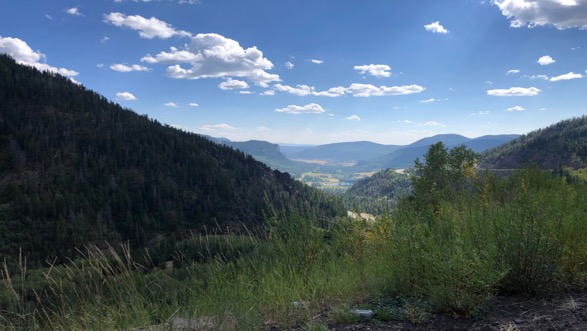 By the time I slid into South Fork, I was starving and delighted to find a Mexican restaurant with a pretty outdoor porch. (Still COVID everywhere.) I ordered a fine meal and when I took my first sip of margarita there under the hanging flowers, I burst into tears. I was glad I had the porch to myself. It is hard to lose a mother at any age. 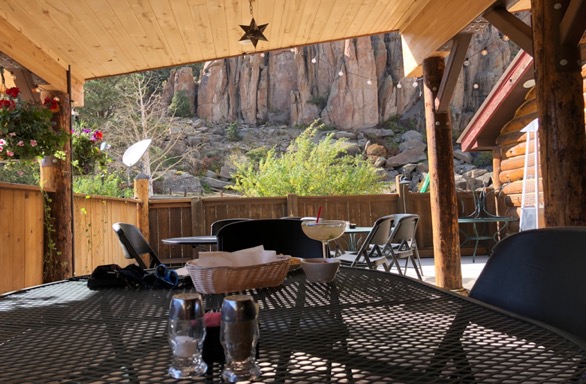 Refreshed after the meal, I headed on toward Great Sand Dunes National Park, another seventy miles.

I had thought that I might bed down in a primitive campground down the Medano Pass Primitive Road but thankfully a ranger had stayed late at the entrance station and was able to advise me against it. The road demands four-wheel drive and a high overhead clearance. She cast a skeptical eye at my Subaru and shook her head. She recommended the Zapata Fall Campground on Bureau of Land Management Land five miles back on Highway 150. The Sangre de Crista mountain range is pretty impressive with many of its peaks towering over 14000 feet, and I was grateful for the opportunity to camp there. The falls are a destination, but night was closing in, so after climbing the steep gravel road, I just slid into a lovely campsite with an impressive view from my picnic table where I set up dinner. 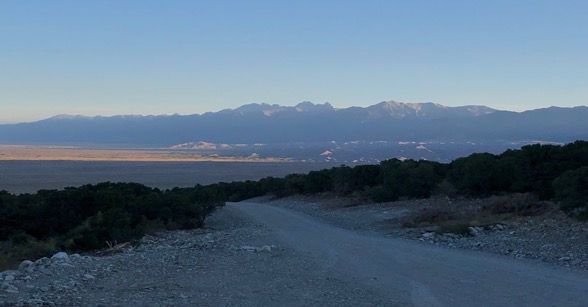 An eagle was circling high above the valley below and the sand dunes in the distance shimmered under a mystical pink sky. The night was starry and peaceful.