The last time I was here it was in late May and it was cold, the peaks still snow-capped. A rushing creek swept sand past the dunes. In August now the land is parched. Where Medano Creek was, is a broad, flat expanse of sand leading to the base of the tallest sand dunes in North America. Shoulders hunched, I duck my head low from the scorching sun and scan the scrub for tiger beetles in advance of their trails. 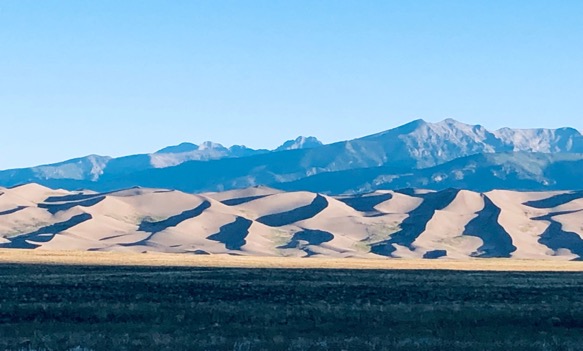 Nearly ninety percent of the Great Sand Dunes National Park and Preserve are protected under the Wilderness Act of 1964. The federally protected land is hugged by the Rio Grande National Forest, the San Isabel National Forest, the Baca National Wildlife Refuge and the San Luis State Wildlife Area. Federally protected wilderness is “recognized as an area where the earth and its community are untrammeled by man, where man himself is a visitor who does not remain.” The National Park system goals are less restrictive and harder to implement. Consider that the NPS embraces conservation but at the cost of competing interests: it aims to conserve the scenery, wildlife and natural and historic objects, but also to provide for the enjoyment of these for present and future generations. 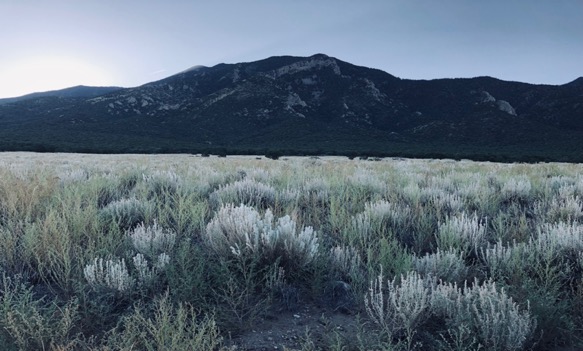 The biome which creates the dunes is much larger than the park itself. If not for the wilderness protection, essentially protecting nature’s rhythms, these lovely sand dunes piled up like so much whipped frosting, would not exist. And had the Park not been so designated, this area would doubtless be a wasteland; the omnipresent sand subdued, simply a nuisance in yet another ill-placed industrial park. The magnificent surrounding mountains would be checkered with the marks of man, oversized second and third homes bisecting habitats, playgrounds of the wealthy, who in their best light support the local economy by hiring a cleaning lady periodically. The rushing creek would be dammed and diverted, doubtless used up for irrigation.

But as it is, it is a magical place. Snow melting from Mount Herard and sister peaks spills into an alpine lake from whence it cascades down a stream bed, joined by other melting snow through the forest to the base of the sand dunes, which it skirts on its way south. Sand washing from the dunes creates mini dams, which rupture every twenty seconds or so, creating frothy waves in the sparkling water. 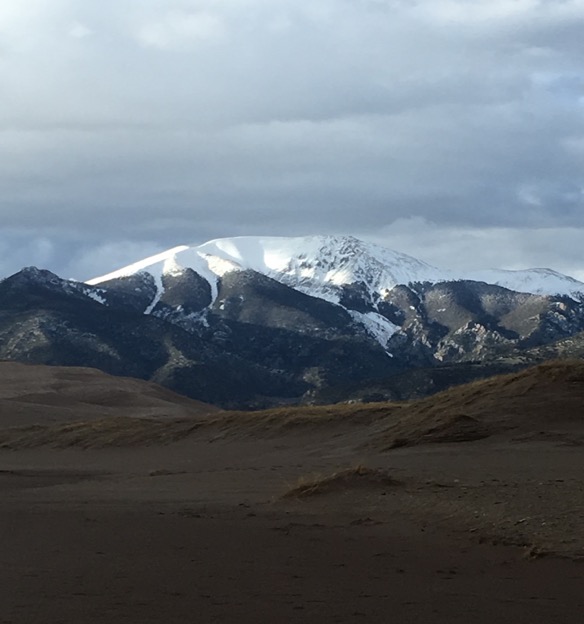 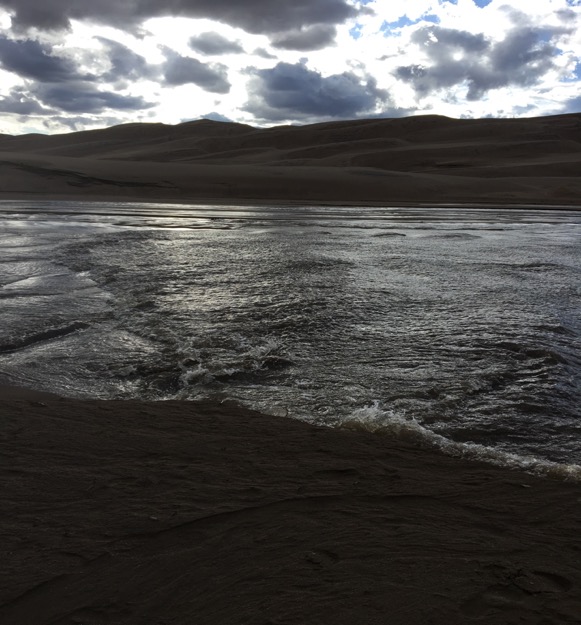 The dance of wind and sand is continuous, an infinite loop. Dark, fine sands from the San Juan Mountains 65 miles to the west and coarser sediment and pebbles from the nearby Sangre de Cristo mountains washed into a lakebed in this basin long ago. When the lake dried, the sand remained. Strong prevailing winds from the southwest blow across the valley, pushing the sand up into dunes. Storm winds blast westward through the mountain passes of the Sangre de Cristos, pushing back against the sand dunes and piling sand upon itself. It is lovely to see. A hike to Mount Herard, towering above Medano Lake at 13,000 feet offers an aerial view of the dunes, like so much meringue piled high above the San Luis valley.

Hiking through the wilderness here is a genuine treat: ascending from the wetlands and sand to the montane forest, then upward through the subalpine forest, and even reaching alpine tundra. It is virginal, raw, undisturbed, abundant in wildlife and natural flora. 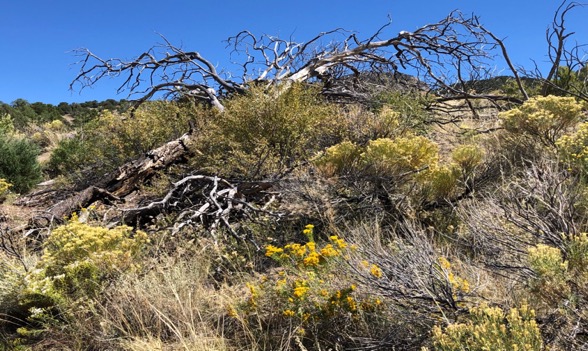