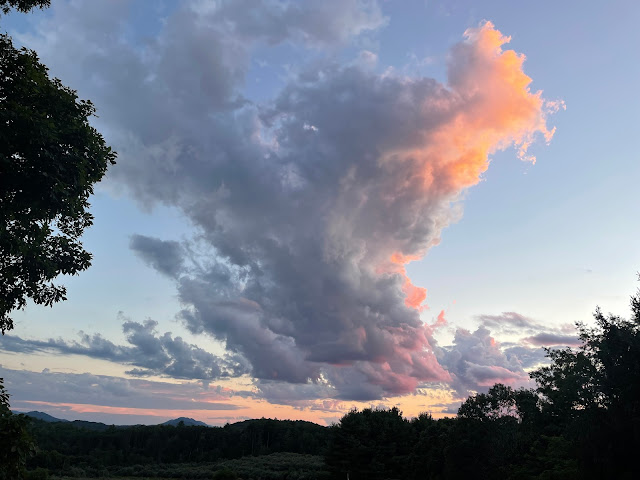 So... I've been thinking about how to educate people about the impact of their choices on the earth. I'm not a fan of billboards. I prefer the open frontier, an unadulterated view. But they are effective.

Did you know that it takes 600 gallons of water to produce one cotton t-shirt?

and a few miles down the road:

Unless water use is drastically reduced, severe water shortage will affect the entire planet by 2040.

When you spray your garden vegetables with pesticides, you are poisoning your food.

When will you throw it away?

When you throw it away, where will it go?

Where did the materials it is made of come from?

How much air and water pollution were caused by making it?

Did you need it?

What were their working conditions?

Were they paid fairly?

Did you know that the greenhouse gas emissions from manufacturing products contribute to acidification of our rivers and oceans, killing marine life?

Did you know that the greenhouse gas emissions from manufacturing products are heating the earth causing the glaciers to melt and animals to die?

Did you know that once the glaciers all melt, which is happening quickly, there will not be enough water for food production or for humans to drink and use?

Have you noticed yet that greenhouse gas emissions are contributing to more frequent and violent storms and wildfires?

Do you realize that recreational vehicles use excessive amounts of fossil fuel and their generators disrupt wildlife?

Consider a compact traveling wagon, like a Sprinter with solar panels.

Do you realize that ATVs plow through animal habitats, destroying nests and eggs of small birds like plovers?

Pack a picnic and take a hike.

Do you understand that motorboats leak fuel into the water and disrupt the sonar communication of marine life?

Constructing new buildings contributes inordinately to greenhouse gas emissions while old ones which could more easily be made  energy-efficient remain vacant.

Buildings contribute to 40% of greenhouse gas emissions, much of it in the construction of new buildings.

Plastic bags are made from petroleum byproducts.

What do you know about the water you drink? Is your local municipal water treatment plant filtering toxic and cancer-causing nanoparticles or are you regularly consuming them?

Do you know about the dead zones in the oceans? Every year agricultural pesticide runoff kills thousands of fish.

Are you aware that our oceans were legally used as radioactive waste dumps by countries around the globe less than thirty years ago and that the barrels were not adequately secured?

Many fish have unsafe amounts of mercury in their tissue from fossil fuel emissions.

I guess I've got to work on using fewer syllables.

Compress these basic ideas into three word maxims. And stick with the ones that won't rile the rednecks. That means not pointing out the excesses of their toys.

Is all this engine-revving compensation for atrophied physical virulence?

These activities are a god-given right, right? Up there with owning guns to kill.

Sorry, I was just cornered again by some guy touting that stupid maxim: "It's not guns that kill. It's people."  It was the man sitting next to me on the plane. Trust me; I didn't start the conversation.  There had once again in the preceding week been a series of mass shootings all over the USA. I guess he was reading the headlines on his laptop. He'd had a whiskey and I must have appeared an easy target. I was in fact sad to be returning to the US from Europe, where I felt safe and calm because not everyone owns a gun. I could wander around alone at night in Vienna. Once again the USA had become a volatile and polarized nation. I was a captive audience belted into my compact seat. I should have kept my earplugs in and acted like I didn't hear him.

But instead I dutifully and flatly replied, "It's people with guns." He responded, "Well somebody could kill you with a spoon if they wanted to." I don't know about you, but I'd rather take my chances defending myself against someone with a spoon.

But I'm going to keep on developing this idea of educating adults. Even feeling alone out here surrounded by Confederate flags and mouthy racists. I know there are others who get it. After all, it's only the insecure who feel compelled to advertise their beliefs.

It's a start, but it won't help only educating children. By the time they are adults, the temperature will be too high to reverse the impacts. We've got to find common ground now. This is everybody's problem. I'm open to ideas. Are you stupidly wealthy and want to do something that makes a difference? Hire a team of Madison Avenue wordsmiths and do this.

For other ideas and background, check out this post with links to I've written as part of the editorial team at Greentumble.com.  Environmental Articles.