To get to the old town from the Beyoglu district, the modern city center where Takeim Square is located, requires a downhill trek past Galata Towers and the art shops and music stores - vending is largely divided into merchandise areas: lighting, textiles, small appliances, music - and then across Galata Bridge over the Golden Horn.  The Goldn Horn is a deep blue choppy waterway that seems to reflect both the tempestuous of the Spring days  (without warning changing from bone-chilling driving rain to white clouds and hot, sunny skies and then back again) pas well as the tempestuous nature of the people (ignoring street signals altogether and pushing strollers in the path of madly fast cars and busses).
It can't all be summed up as tempestuous though. There is a certain intuition guiding them. Otherwise, they couldn't all consistently miss the many sharp sidewalk eruptions of rebar and broken tiles.
And there is a deliberate joy.  Many people are smiling as they walk past.
It seems a contradiction to an American: They appear impoverished and indeed the political protests concern high unemployment and obscenely low wages. Most of the housing is ramshackle at best. Many residential neighborhood streets end abruptly in rubble.
Galata Bridge, teeming with fishermen, has a life of its own. 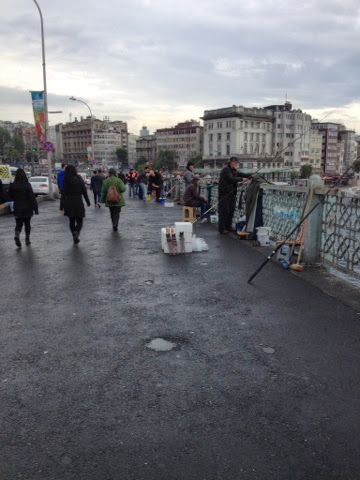 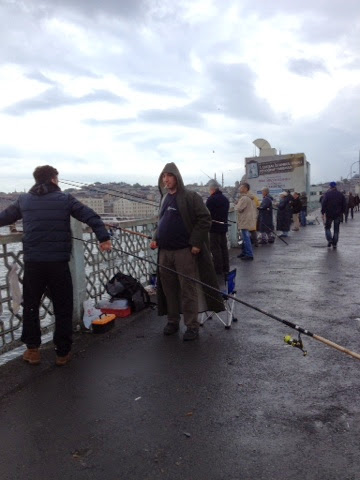 From Old Town, you can take a ferry across the Bosphorus Strait which runs from the Black Sea to the Sea of Marmara and separates Europe from Asia.  The Asian side is very similar to Old Town, with its bazaars, Turkish coffee shops, pastry shops, mosques and parks, but it also family residential districts sprawling across itsmany hills. 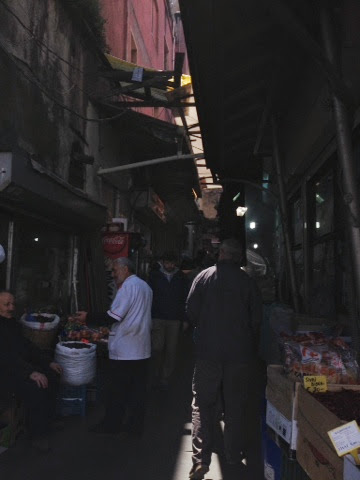 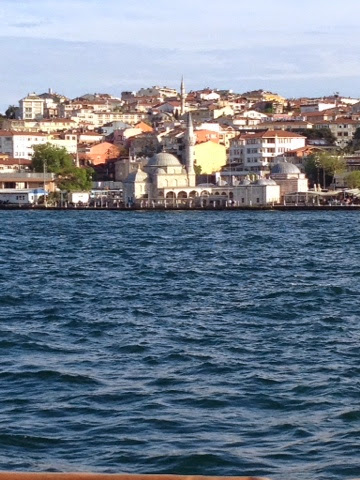 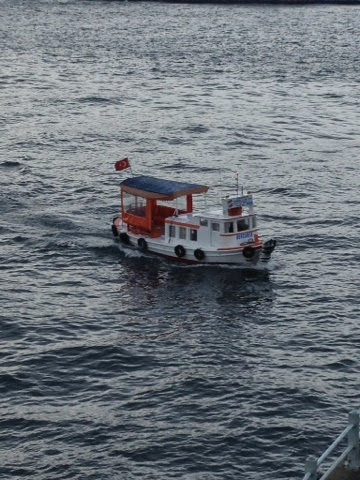 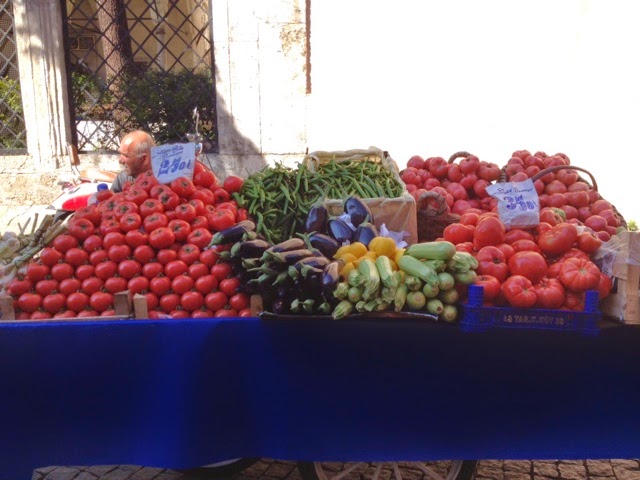 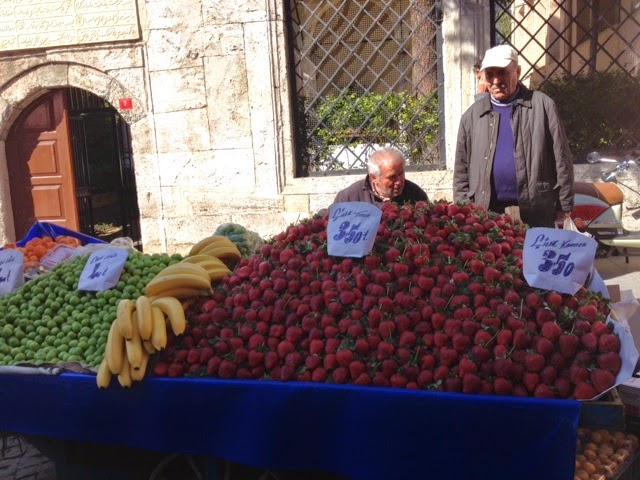 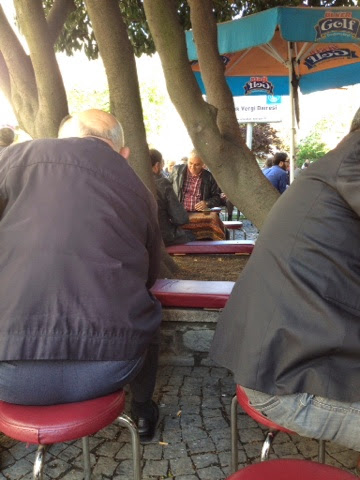 Backs and backgammon and tea 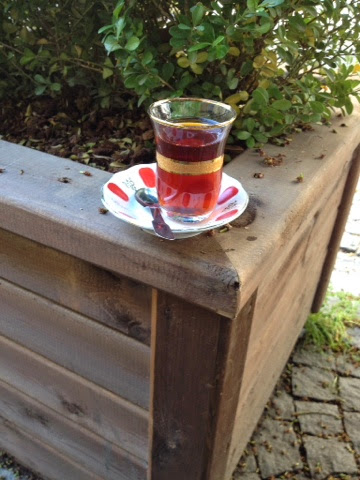 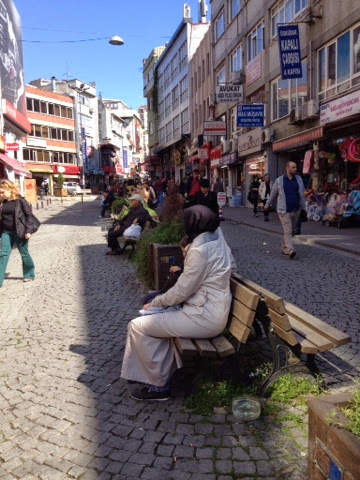 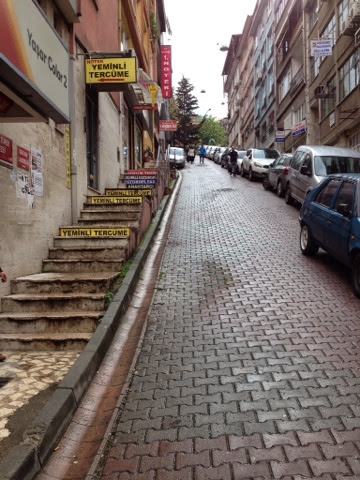 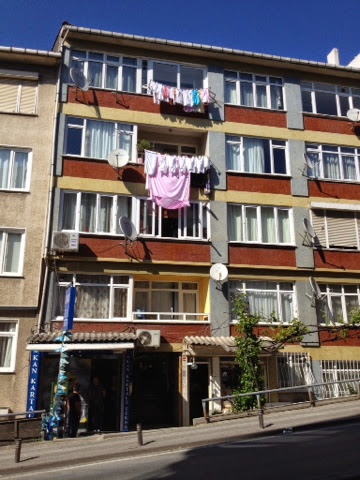 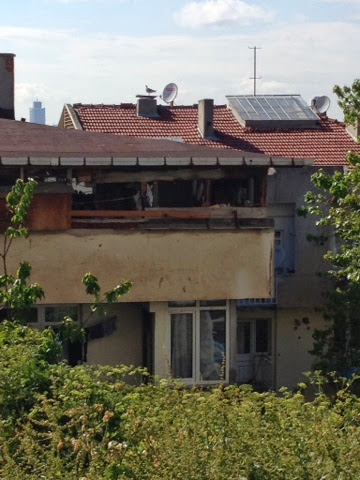 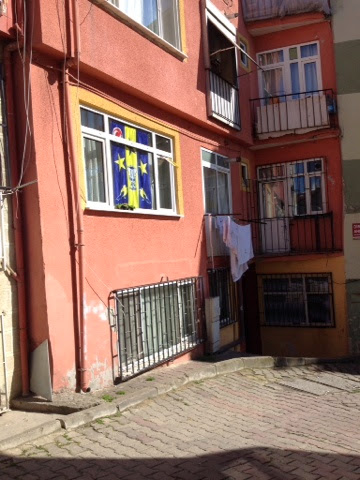 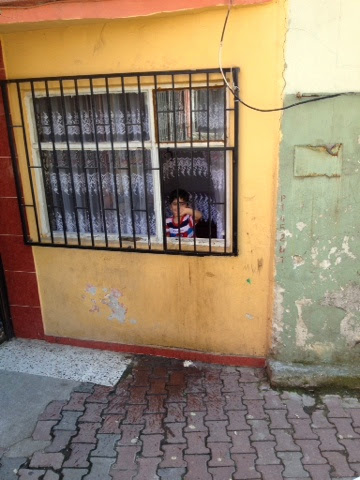 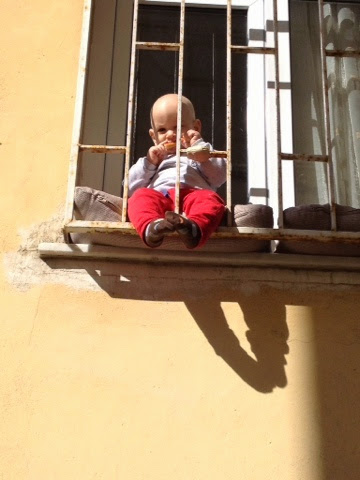 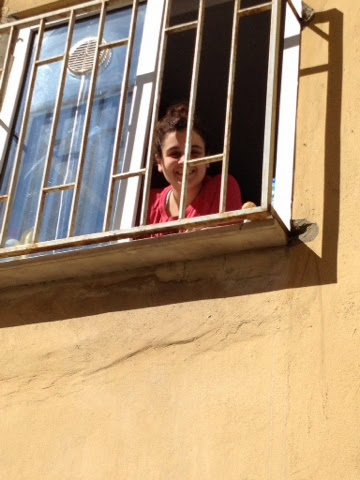 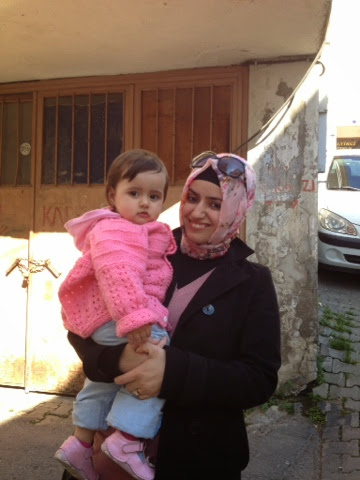 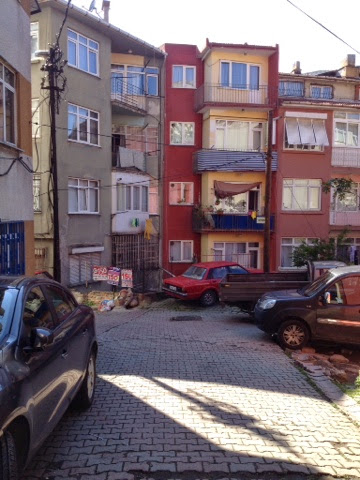 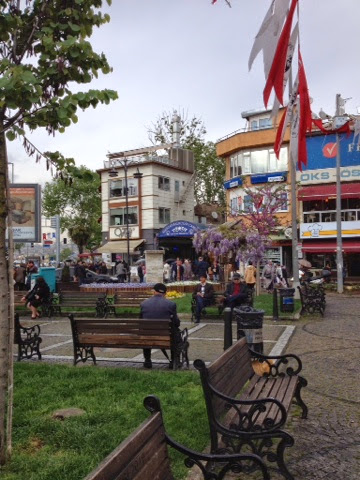 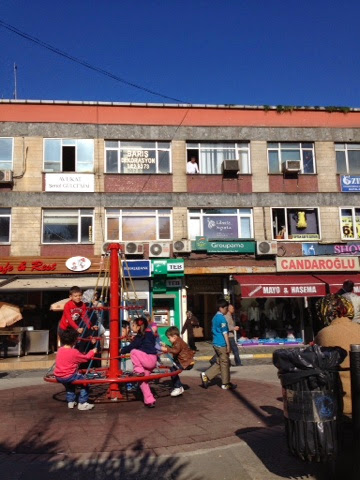 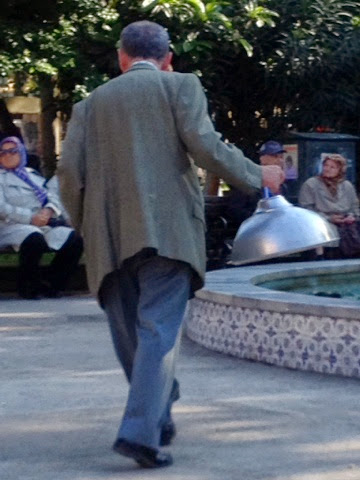 Tea being served at the playground park. 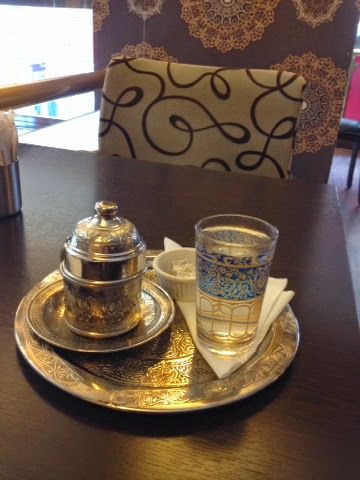 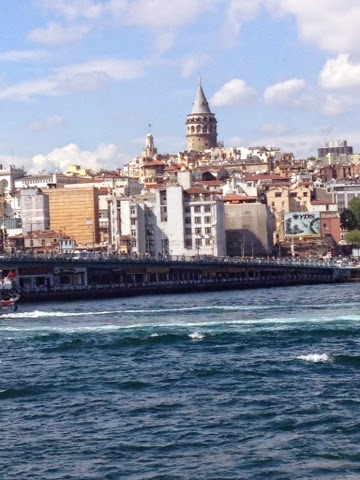 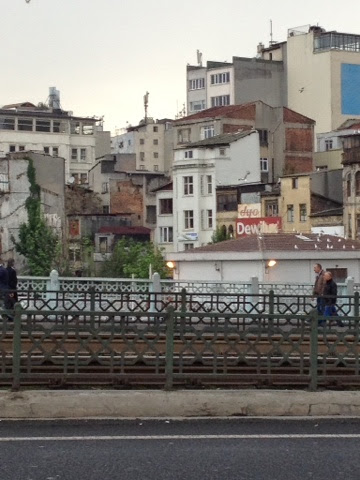 It is difficult to perceive these buildings as modern.  Relative to what? It appears so broken, yet the Turkish spirit is so vital. I so admire their passion, peacefully demanding a higher standard of living.  Their inner lives, the spiritual passion, is so rich.  The intrinsic happiness is palpable.
Rumi devotees of the mystical sect of the Muslim faith will recognize the dance of the whirling dervishes. 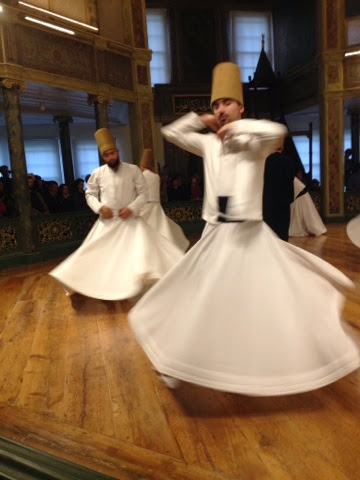 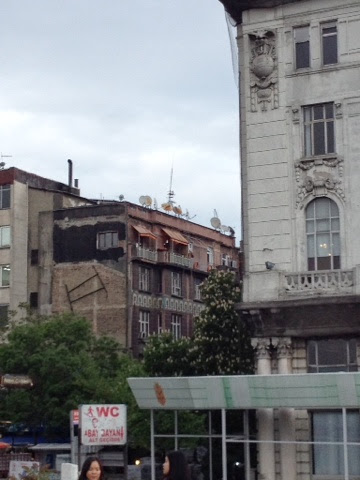 Can one get lost with no real destination? Wandering around Asia for hours, climbing its hills, slipping through the throngs in the dark bazaars, pushed by the crowds down serpentine alleyways, determined to find the vast Hagia Sophia visible from the ferry, but lost along my trek and then needing to get down the hills,  across the Bosphorus, through Old Town, across the Galata Bridge and straight up the steep sketchy end of Istiklal with a sandal hanging on by only two threads as darkness quickly descended, one might wonder how I could find grace in a broken sandal.  But alas, a sign hung outside a shop selling unusual, fashionable leather bags and stunning leather jackets, also advertised leather repairs.  The awfully good-looking leather worker offered to help me out with my sandal if I returned in an hour.  I was delayed and the shops at that end which fed from the Galata Tower tourist overflow had mostly closed.
The lights had been turned off along the stretch in front of the Consulate as well, which was disconcerting, causing me to wonder whether I really wanted to traverse that section an extra two times.  I was to find out a couple days later that Twitter and Facebook use had been shut down.  Discontent was indeed brewing.
Surprisingly, after a long stretch of shuttered graffitied tin doors and dodgy characters leaning against walls, a bright light was shining from his doorway.  I found my kindred spirit there, a handsome gypsy who had me laughing for the time it took for my sandal repair. Thank you, Ismet Kaymakci, the 007 of Istanbul.