Seriously, try finding that address after a couple Epes Pilsners. 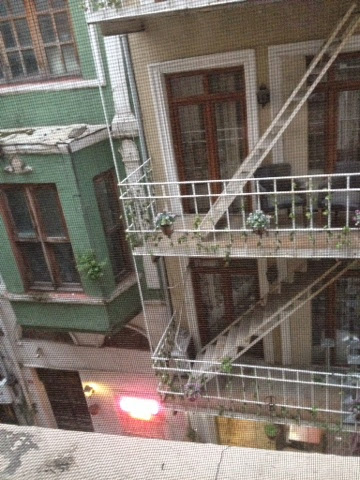 The apartments directly across from us in the morning light
Finding the hostel, the Chamber of the Boheme, though just off Taksim Square, was, like finding anything in Istanbul, a mysterious matter.  Though it never seemed to be in the same place I had left, it actually was very conveniently located, near the end of a dark cobbled alley off Istiklal Caddesi, but was just one of many unmarked alleys that wind past dimly lit Nargile cafés where dreamy patrons rest against shabby overstuffed pillows on old wooden benches smoking water pipes from tables covered with worn tapestry cloths.
The first night there were three of us in our room, 4E, up a winding staircase on the fourth floor, though I only ever counted three going up.
(This would turn out to be the opposite of Europe, where the ground floor is not considered the first floor. Traveling can undermine the most ordinary of conceptions, so that at points you lose so much confidence that you might seriously not know if you will be able to figure out how to get out of an elevator.)
The room was spare; it had an old Turkish rug and an ornate oval mirror and looked out of an embroidered, but sheer and falling-down curtain, to residential apartments in buildings with mossy exteriors, peeling paint and old wrought iron railings fencing small balconies with potted flowers. One was so tiny it fit only a single broken chair, where occasionally a dark shadow slipped out for a smoke and sat, silently observing the colorful characters meandering through the alleys. My roommates were very cool: Ahna, from Berlin, who is, among other things, a skipper. Edina, from Hungary, is a dancer (she bought tango heels while we were there) and a diver. We all had just quit our jobs and got along famously. 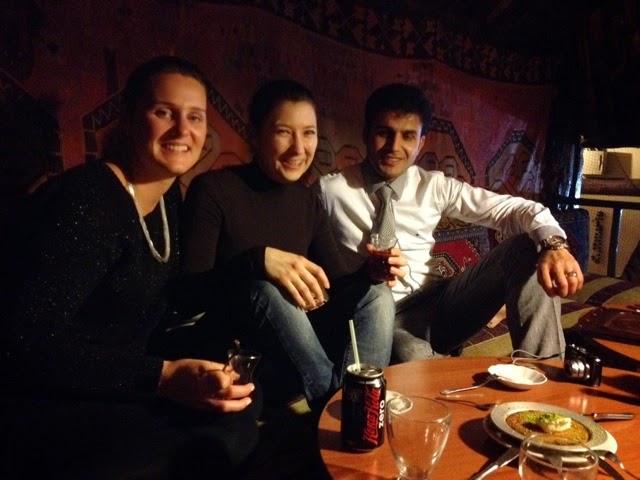