The park gardener in Fes gifted me with a bouquet of lavender as a Buddhist would, with a deep bow from the heart. The love of Allah was palpable, yet I will always be troubled over the fate of the extraordinary young sculptor who took me to his apartment late one night to show me his artwork.  His talent may be genius, yet the Islamic religion forbids him to sculpt form. Only Allah creates. Surprisingly,  in the opening ceremony of the International Sacred Music Festival, hosted by Fes, it was unequivocally pronounced that we are all creators.

Perhaps the strict religious interpretation is eroding and will change, but not in his lifetime. And his kind heart holds too much love to break the cultural ties that bind him.

Italia. The economy is in trouble. The birthdate is less than one per family. The boys live with their mamas into manhood until they can afford to support a wife. (Not sure if that is anything new.) Family ties are strong here. Religion plays a part and, analogous to the call of the muezzin, and the days of the communist Soviet Union when the radio with its  24/7 propaganda could not be turned off, only down, the Church, consciously or not, seeks to hold its sway with the omniscience of church bells pealng over the towns.  Yesterday was a religious holiday.  I woke to rose petals in the alley, and found these sand creations in two different towns. 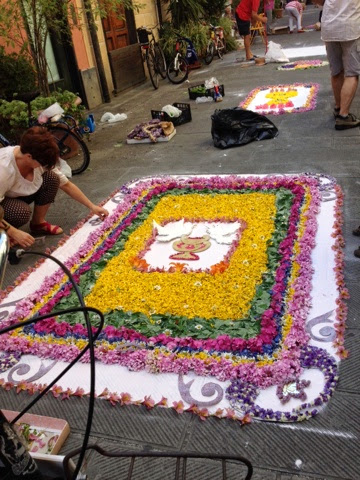 Church bells rang loudly, frequently and long into the night.  One is tolling now. Yet, watching the behavior of the Italians, the Catholic religion does not have the grip of the Islamic religion. Italians are free to express their discontent, maybe not to their mamas, but to their friends. And in their popular music. At the hostel, Francesco's mother and his grand papa helped prepare our meals.

Si!  I cast my vote that the food in Italy deserves its reputation as the best in the world. I believe in the siesta.  I believe in the wine. I believe in kissing friends on both cheeks each time we meet, ciao, and each time we part, ciao ciao, no matter how many times that may be in a single day. I will marry the first Italian who asks me as long as I can live in the mountains along the coast and he prepares our meals.

The backpackers' hostel created a comraderie I have only known at music festivals...and Skipper's. I think that each one of us, except perhaps the Austrian mountaineers there my first night were slightly concerned that we were going to be removed from the action of Cinqueterra's beach scene, ten kilometers into the mountains, up a steep winding road which appeared to have a new landslide every day, a trip that even took our wild Angelo a half hour to conquer on his regular van shuttles to and from the beach, two in the morning, two in the evening.  But we weren't removed from anything.  We were where we wanted to be. 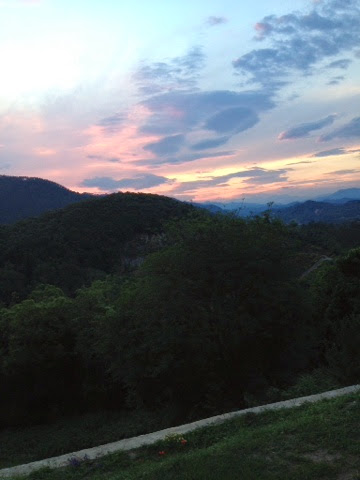 It may have been the natural beauty or the beauty of the newly renovated hostel, an old tall building of stone  and timber with a dramatic panoramic view of mountain ranges.  Certainly Francesco's dinners were part of it: the lasagne, tiramisu, the barbecue, the pasta with homemade pesto, the chocolate brownies with cherries with an Italian name the local wine has made me forget. Though backpackers are typically on a budget too tight for  patronizing restaurants - foraging bodegas and storing food in hostel fridges is the usual m.o., every one fronted the extra euros to enjoy Francesco's cuisine and hang out with everyone as the sun set, the black sky filled with stars and the garden with fireflies. We toasted the summer solstice and we all palled around together during the day, hiking the steep trails with the incredible views of the colorful villages and clear sea far below, exploring the towns, sunning on the beach, even catching an Italian World Cup soccer game at a bar. 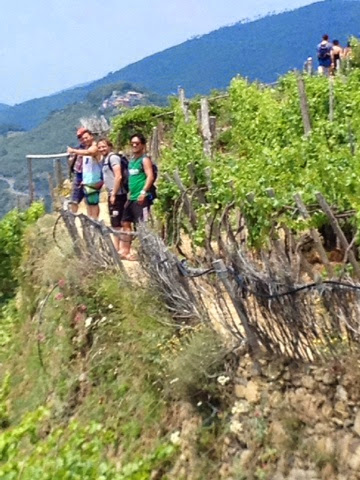 Hiking above the villages. Thankfully, the others have posted clearer photos on Facebook. 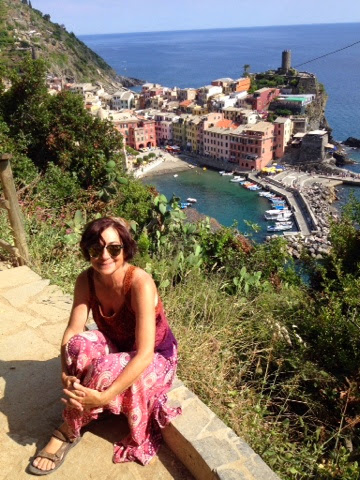 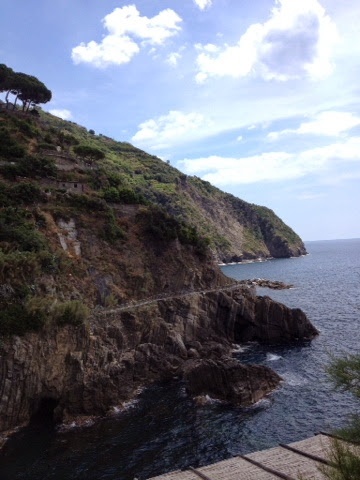 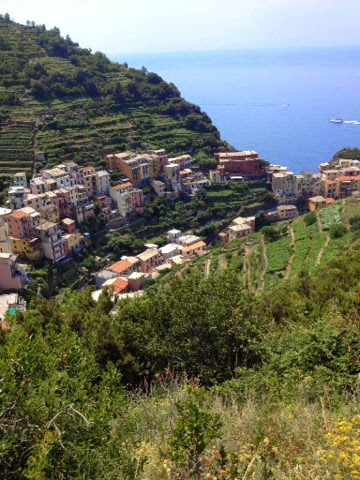 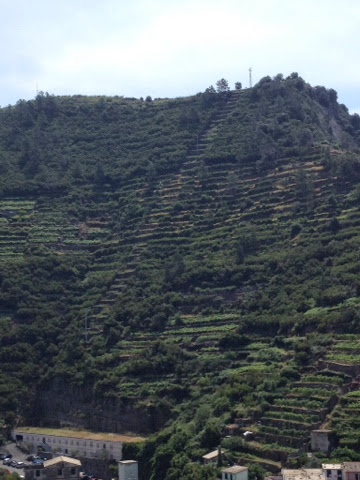 Something so magical happened, that though this was just at a stop in the middle of our respective adventures, it was sad to part and move on.   Angelo, Antonio, Serena, Francesco, Aaron, Dallas, Renee, Brian, Cida Sadie, Ella, Carly, Mike, Mahmoud, Shelby, Janet, Wayne, Lilian, Neil, Brendan, Jose, Dylan, Eddie, the list over my five days is even longer than that, but I actually cared about each one of them as though they were longtime friends. 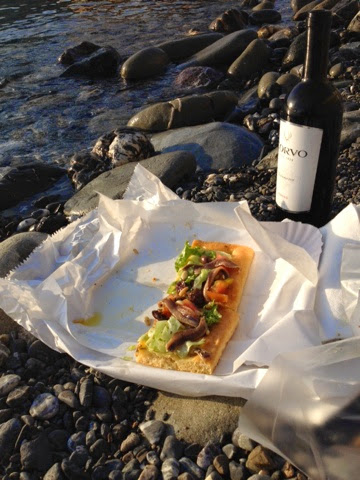 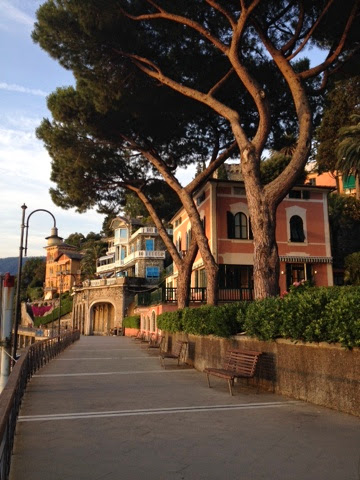 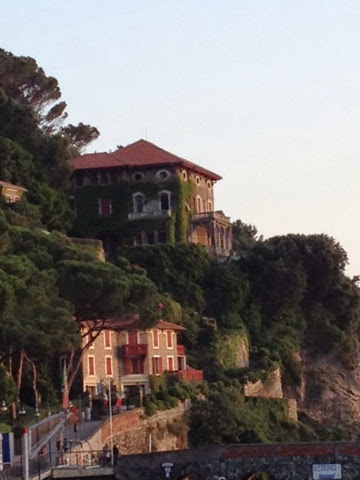 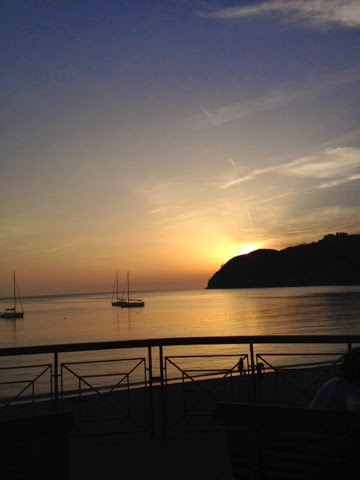