Tarifa:  the southernmost point of Europe where the calm Mediterranean is on one side of the causeway to a Corinthian outpost and the tumultuous Atlantic is on the other.  The mountains of Africa are a short ferry ride across the Strait.  It is very windy. Kite surfers come from all over the world. My hostel room is filled with them.  They have a whole different sense of what is windy.  It was blowing me down the beach and I came back to the hostel to hear them in the kitchen grumbling about it.  Maybe the wind will pick up this afternoon; it usually does in the afternoon. 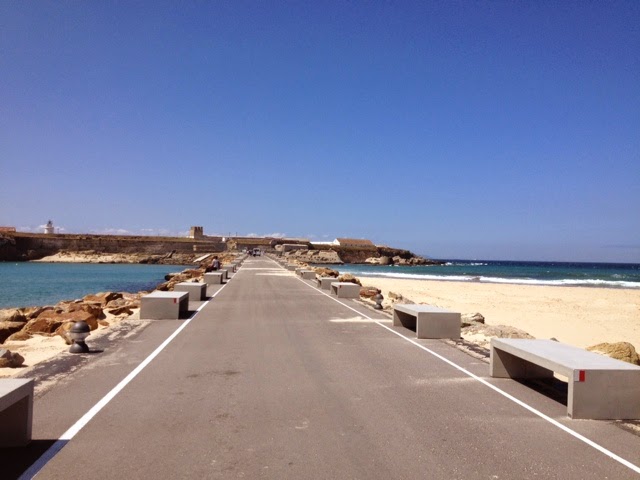 The Mediterranean on the left and the Atlantic on the right.
O 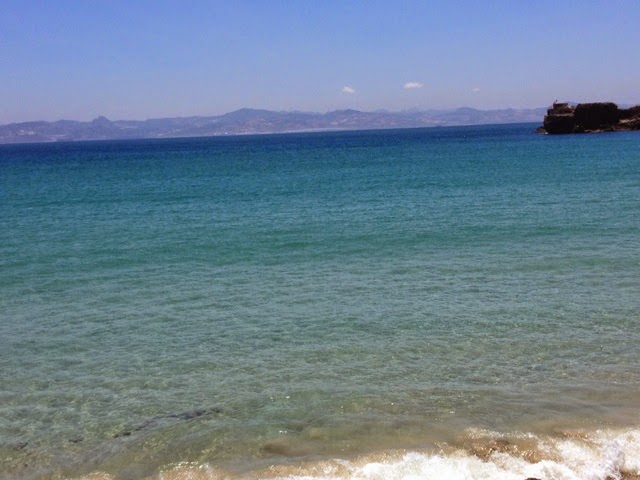 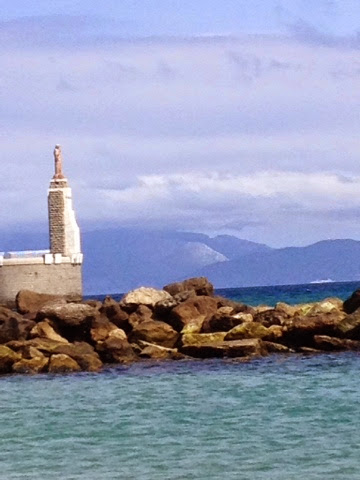 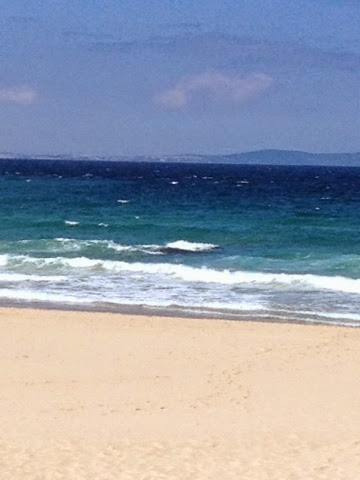 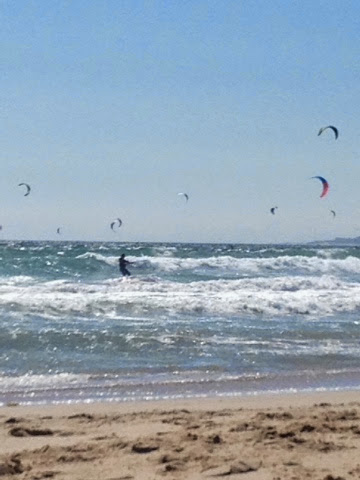 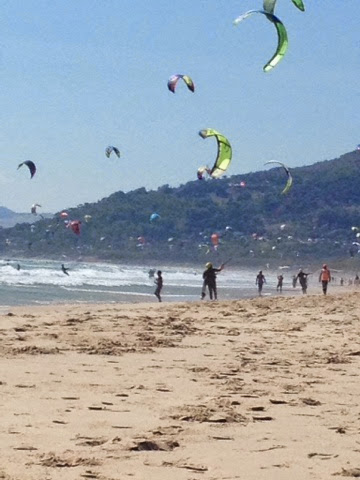 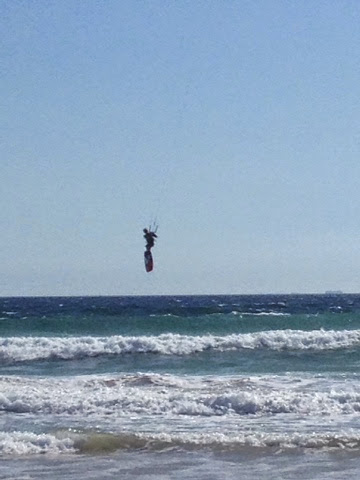 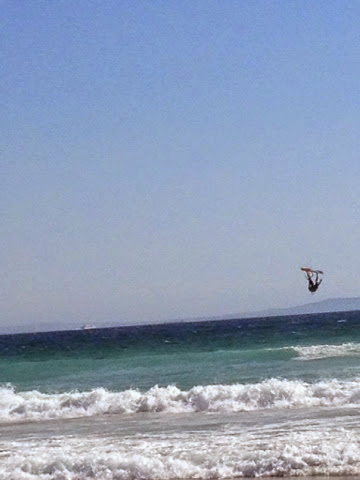 Could you imagine how cool these photos could be with a good camera? 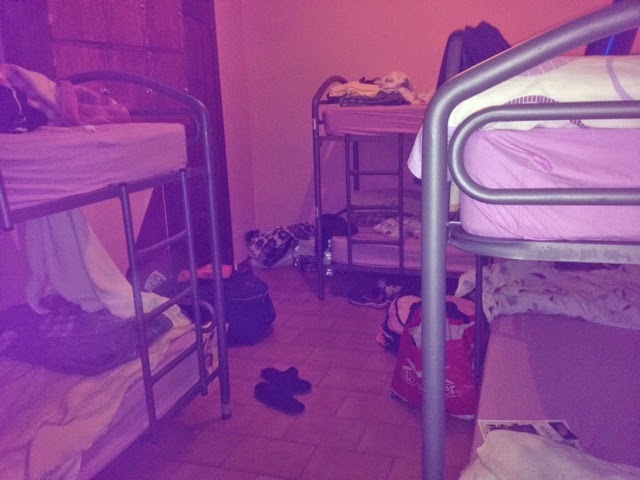 My hostel room.  Not a five-star hotel, but definitely more interesting.
The first night I was attracted fom the beach to some funky guitar playing, really pretty minor chords and as luck would have it, I  wandered in to the opening of a new venue where everything was free: excellent mojitos and outrageous hors d'ouevres and they just kept on coming.  The guitar player was ridiculously good and good looking.  People dress much more colorfully here and are attentive to detail.  Very sexy.  So, also as luck would have it, his folks were in town for the first reunion in six years   and I was invited to join the family for the evening once his performance ended.  We went to another beach bar, with live music that was packed and everyone who could fit on the dance floor, and around the tables, was dancing.  Then we wandered in to the Old Town and I had an excellent cup of Moroccan mint tea. I could not have asked for a better time.
The next day I just rehydrated with juice and watched the kite surfers. Ran in to a woman I met the night before who suggested that I join her friends for a performance at the Almedina, the oldest and smallest bar in town. 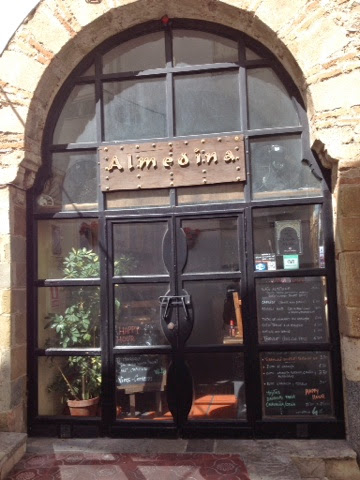 I went, but didn't stay long as the performers were mostly Spanish balladeers, so I was missing the nuances making the crowd laugh. And I was weary from staying out late the night before. 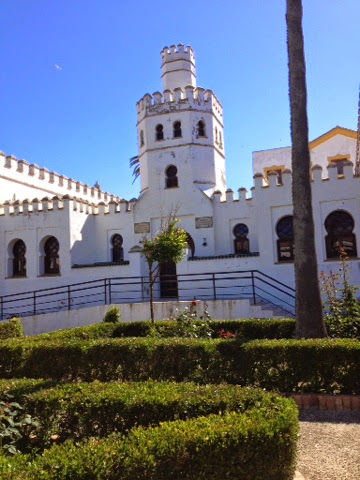 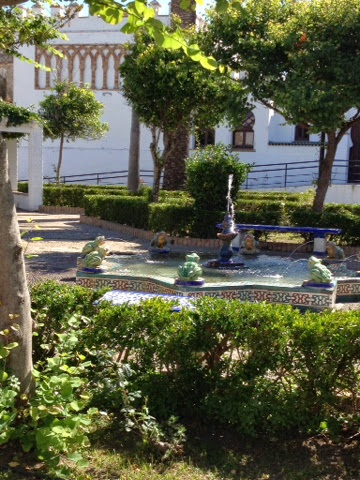 Sunday morning in Old Town Tarifa.
Getting ready to go out now for a bite to eat with some friends. Then there is a free concert in the Old Town.