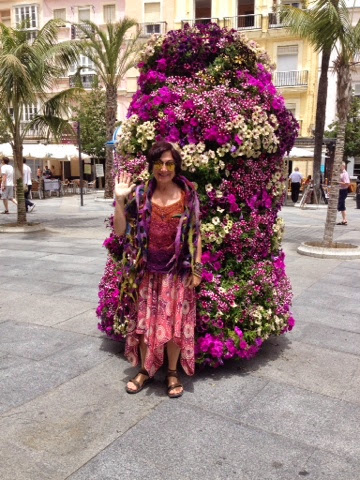 Hola from Cadiz, a beautiful seaport on the southern coast of Spain. I came here because someone told me it is gorgeous, and it did not disappoint. 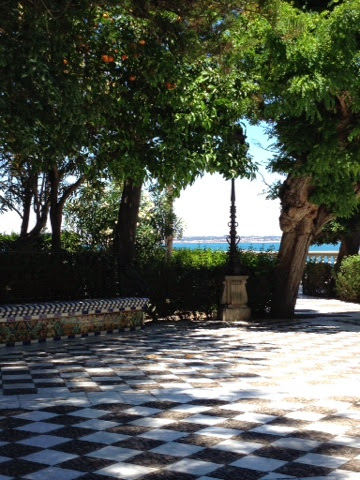 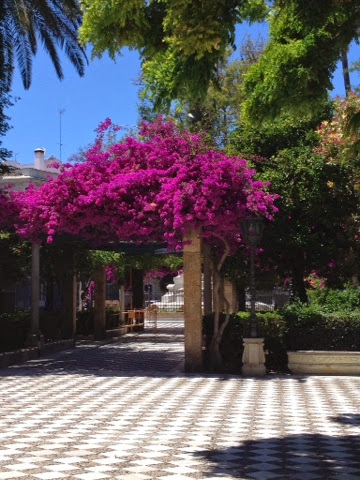 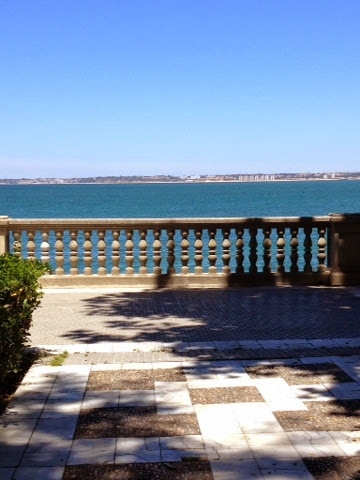 I have never seen the Atlantic so pretty - it is clean, its navy waves undulating with undercurrents of a soft emerald. 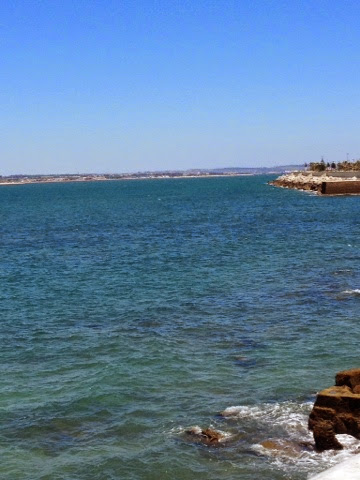 The town has all the vestiges of your basic Roman, Moorish and Spanish conquests. I get it now.  The bus ride here fom Sevilla was pretty uneventful,  except that it was a bit surreal to pass a Moorish castle and then a little later, a Roman aqueduct rising out of the farmlands. 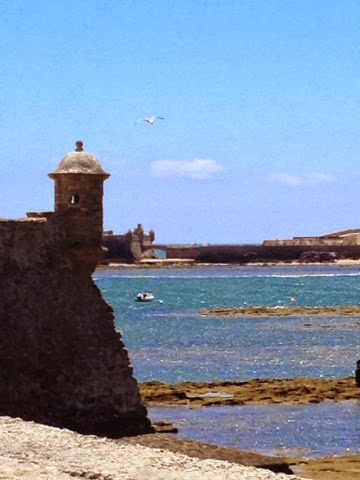 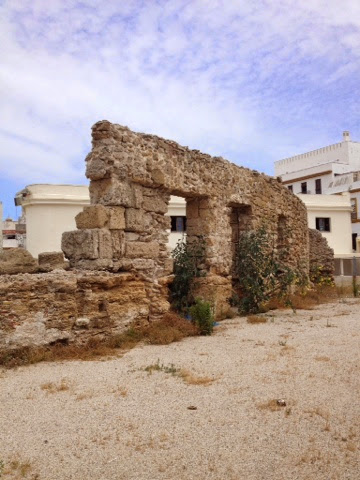 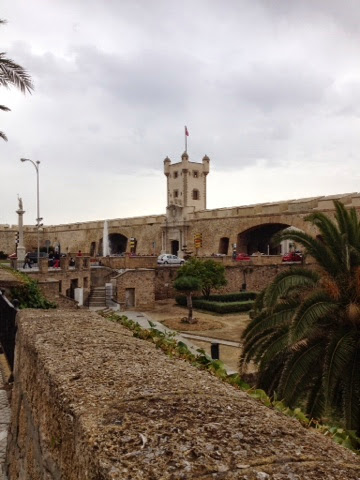 Though the old buildings that can look quite shabby with their peeling paint, 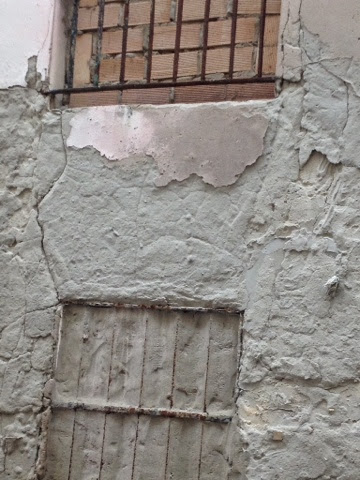 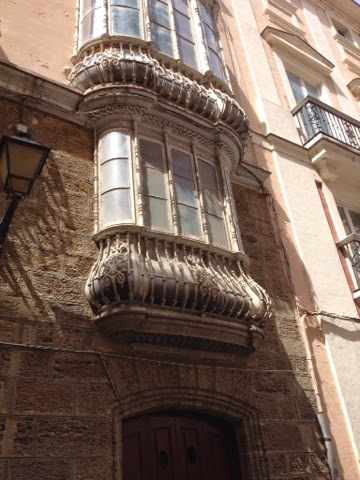 peering in to the porticos of massive wooden doors left open, the interior grandeur is claro. 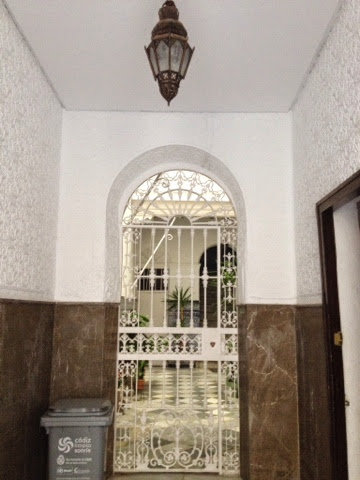 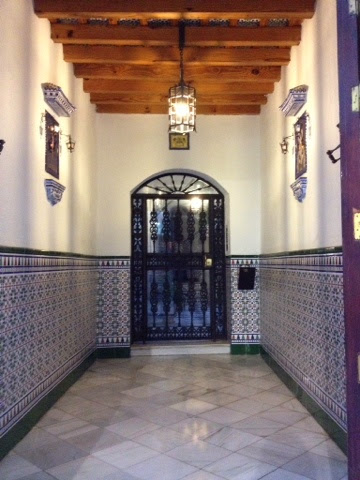 I stayed in such a place, a cool apartment on the fourth floor of an alley by the sea, owned by a woman who rents rooms on airbnb.  Though she only speaks Spanish, I could tell from the books on her shelves that she is a lot like me.  The first night there was another boarder, Sarah, fluent in English and Spanish, who was a mixture of the two of us.  She looks like Lola and is a gypsy traveler, having lived in Egypt, Mexico, England and Spain and hanging out regularly in Thailand...so she has entertaining stories. She also cued me in to blablacar.com, which may help with the logistics of getting to Venice-Vienna-Paris-Edinburgh.
If last night is any indication, it does not appear that I will waste more than four of my 48 hours in Cadiz sleeping as the Andalusians who begin to rouse themselves and fill the streets at 2300, get rowdier and rowdier, their echoes reverberating against stone buildings and down cobblestone alleys until 0400.  I have probed this mystery with a few natives - it being mid-week, how do they not feel like crap at work the next day?
The answer is always the same: a shrug and a smile. Why should I not deeply enjoy the moment?
Thankfully, my schedule is not too taxing.  I did the same as I have done almost every day over the past several weeks: got lost in alleys. One might be tempted to believe that if Alley A is parallel to Alley B that Alley B could be reached by taking perpendicular Alley C, but oddly, and I have tested this theory many, many times over the past month and a half, it is simply not true. And so one must be content to discern the differences of the ambience of the barrios to determine when a boundary has been crossed and a new territory entered. 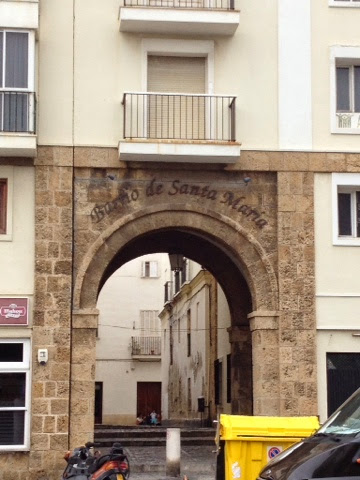 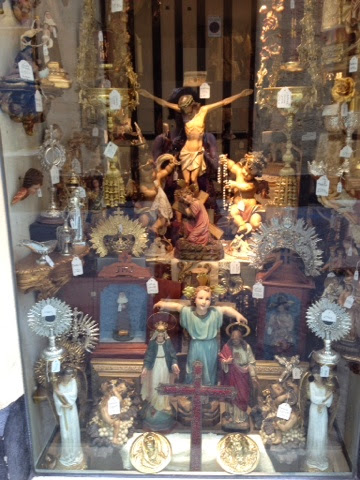 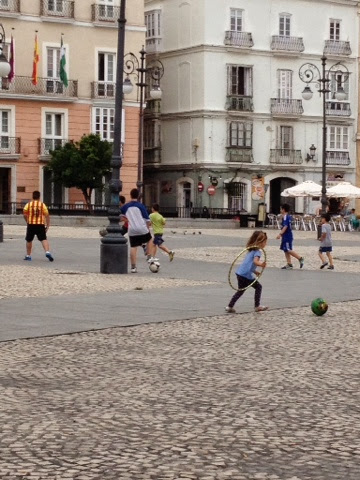 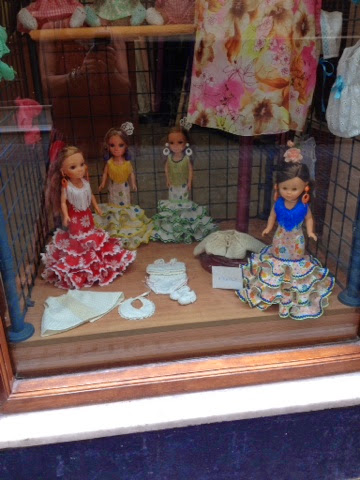 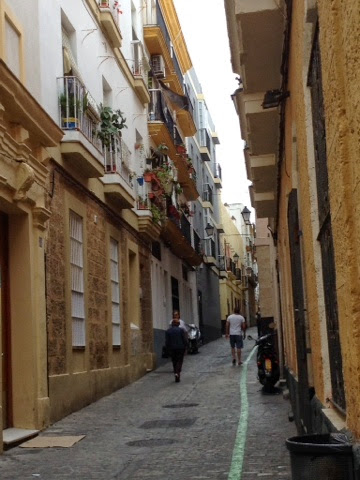 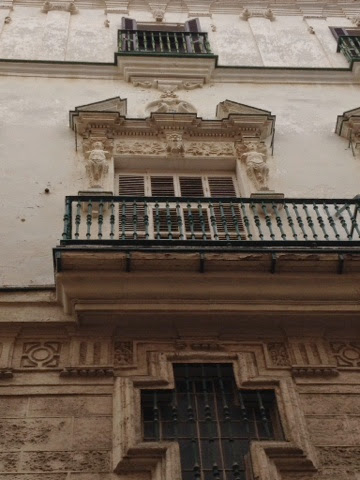 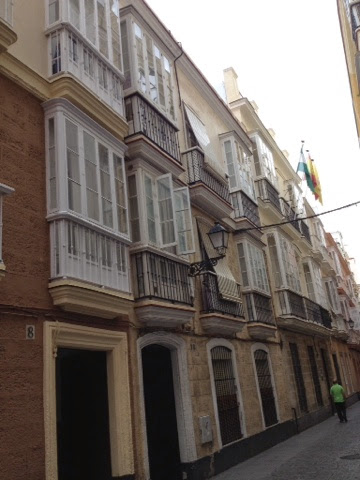 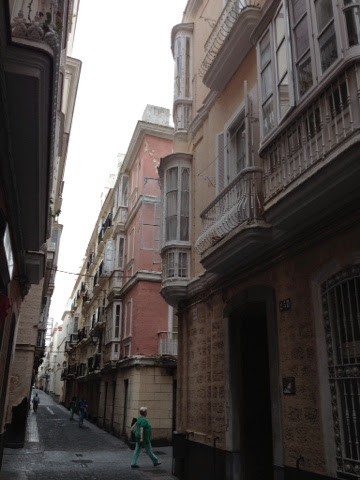 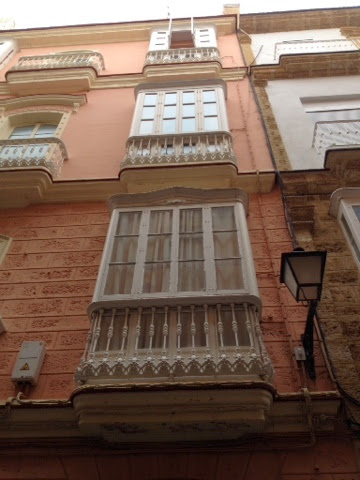 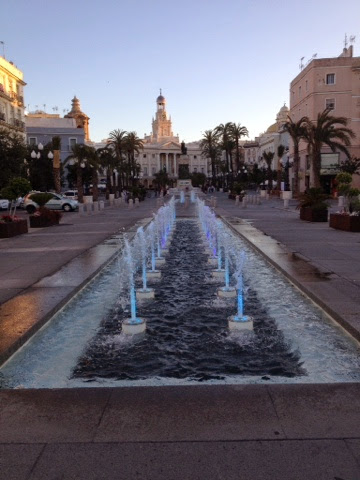 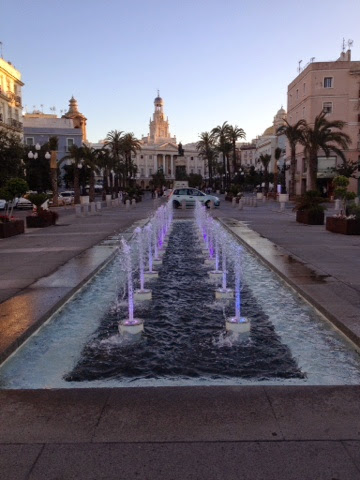 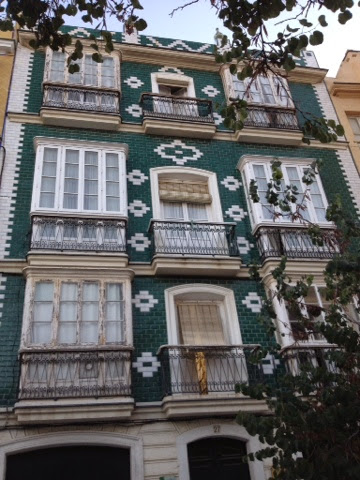 I am trying not to acquire any more euros before it's time to use dirhams in Morocco... so despite my resolve to quit eating so much bread, I bought yet another loaf, another bottle of Tempranillo, some local goat cheese and Iberico pate, which should get me happily through two days...if I can resist the singing and laughter and the Cruzcampo on tap in the local bars.
The beaches here are pretty, so I saunter along, soaking my still-swollen toe in the ocean, pleasant enough for swimming now, which I hope to do when I arrive in Tarifa tomorrow... if the meeting of the Mediterranean and the Atlantic at the Strait of Gibralter is not too tumultuous.