My plans to watch the Palio, a biannual mock knights-on-horses rivalry, where Italian neighborhood passions run high, changed when my son asked if I could return to Vienna earlier to help with the family as he was traveling on business. So I decided to take a train ride through more of the Tuscany villages and check out Siena, where it is held. 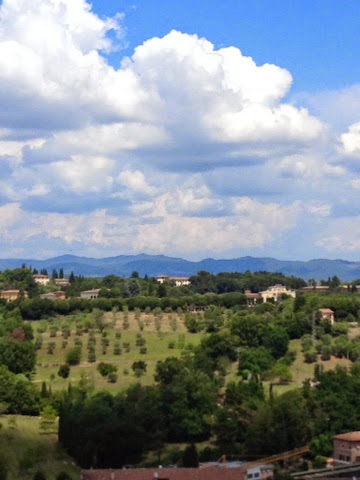 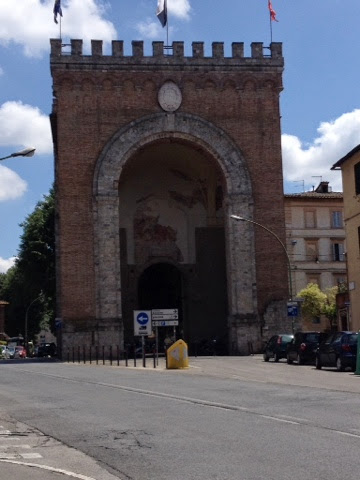 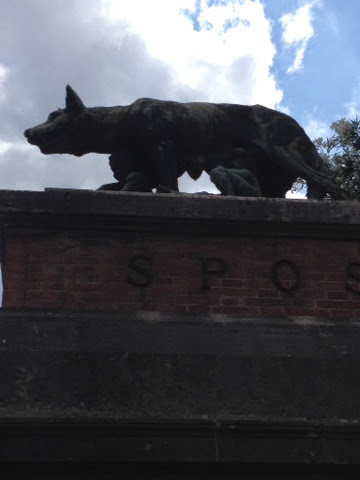 Yes, it's a bit dark, but you can't see Romulus and Remus suckling the she-wolf from the other side, and if you look really hard, you can from this angle. I would have had to wait until the next day for better lighting and I was on my way to catch a train when I spied this. Romulus's son Senius, founded Sienna.  No kidding.
It happened that I stopped for a cold beer at a table in an alley and found that I was looking at the store where they make the costumes for the Palio. I really wish America wasn't so litigious so we could have more fun. 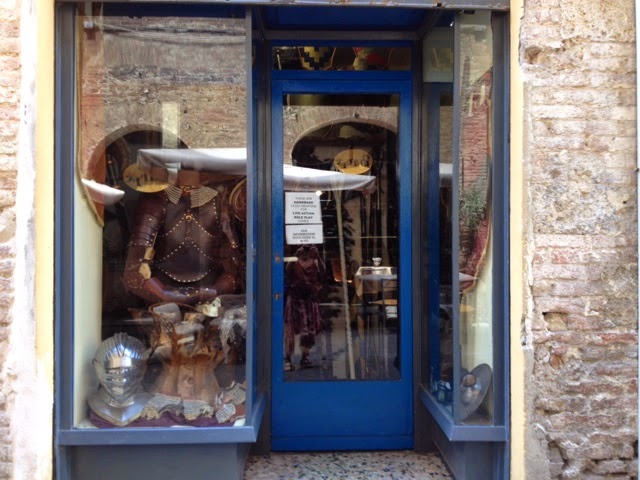 How about a purse to match your neighborhood banner? 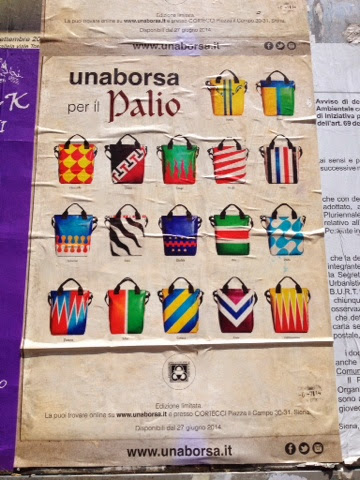 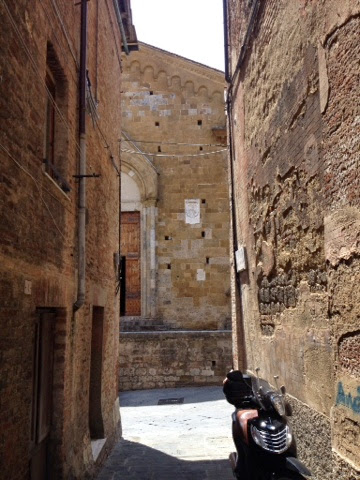 Turns out that the center of Siena is a UNESCO world heritage site.  It is interesting and if you want to see a picture of it, you can google it.  It was brutally hot and I wasn't in the mood for crowds, so I sought the shelter and shadows of the many alleys where I could more easily feel the heartbeat of the locals.  It was in an alley that I was watching curiously the dynamic of the Italian mother/son relationship... and while trying to make out what the eight year old son's t-shirt said - it started out "Thank you mother for making me so...."
I thought at first it said "marginal." I am sure I looked really nosy as I just stood there waiting for him to twist in my direction as she tickled him.  They went inside before I got to the bottom of it. Maybe it said magical?
View of a neighboring village from the Siena hilltop. 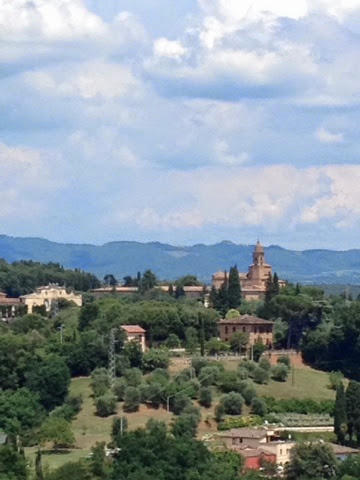