Woke up feeling restless and caught a bus to Bratislava.  I had been there once many years ago when it was still part of the Soviet bloc and under Communist rule. I had gone on a trip with the Kennedy Center for Performing Arts, and though were were scheduled to land in Prague, evidently the traffic controllers there had decided to turn out the lights and go home.  It was late and it was the holiday season, though religion was not particularly encouraged there.  I still recall the repressed efforts at festivity: the decorations in the restaurant were two round bulbs connected with eight inches of tinsel and tacked at regular intervals around the walls.  It brings to mind the sad John Lennon refrain, "So this is Christmas..."
We were only in Bratislava for the night and walked the dark, snowy streets only briefly.  I recalled only large, ornate buildings.
It was a hot day and I bought an all day bus travel pass for one euro. At the bus station, I asked a woman where the center of town was.
Mind you, I know no Slovakian and couldn't discern any roots familiar to the Romance languages, so I was pretty much at the mercy of passersby. 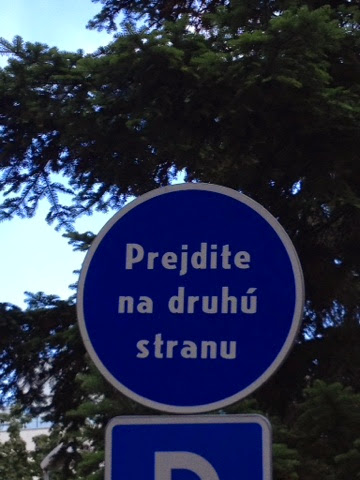 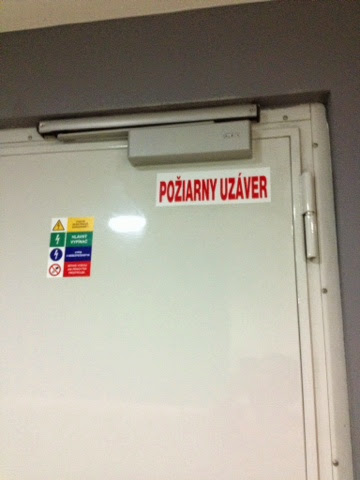 I could tell that specific directions wouldn't help me much either.  I have a terrible time remembering words I can't quite make out. I was hoping for simply a bus number and I would take it from there. 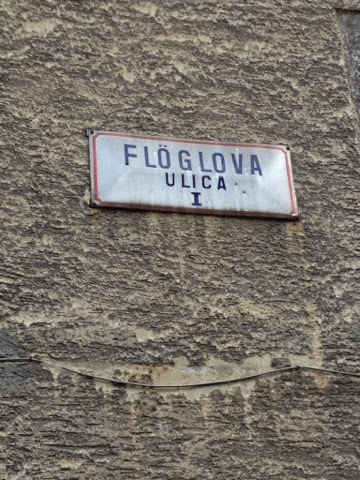 After consulting with two others, my new friend indicated that there was no Downtown, but perhaps I would like to visit the castle?  I said fine... which made her happy and then she proceeded confidently to point either around the corner or across the street at two different bus stops.  I thanked her and got on the next bus that pulled in. I figured if I remembered where I got on, I could always get back...plus surely people would know where the main bus station is. Lol.
The destination on the front of the bus looked interesting, Augart, very similar to the name of a park I like in Vienna, so I was down with that.  I have no idea what I was looking at - I guess just out the window - because twice that day, I looked around to discover that everyone else had left the bus. That was the first time and I had to get off and go the Mall.  It was probably a good thing as there were some items I needed and I would not have willingly gone to a mall.  It wasn't all bad.  It fascinated me to see how many opportunities there were to drink hard liquor in the mall. Why would you do that?
Before I headed out from the Mall and back on my expedition,  I polished off a few cups of fresh raspberries and packed a round of goat cheese, a pilsner (the pilsners are cheap and good in Slovakia) and some brown bread in my day pack, so I was pretty set if I didn't find an interesting cafe.
How to get across the major boulevard to catch the bus traveling in the opposite direction was obscure, so I asked someone. I was uncertain if I understood him the whole time I was traipsing the hot cloverleaf as it seemed very long and convoluted, but that's just the way it is.  It reminded me of the intersections in Barcelona, where the crosswalks are a good distance back from the intersection and require backtracking each time.  I kind of like the de-emphasis on efficiency and speed.
Although the lady at the information desk at the Mall told me bus 93 would take me downtown, this bus 93 did not. The bus was crowded and stifling. 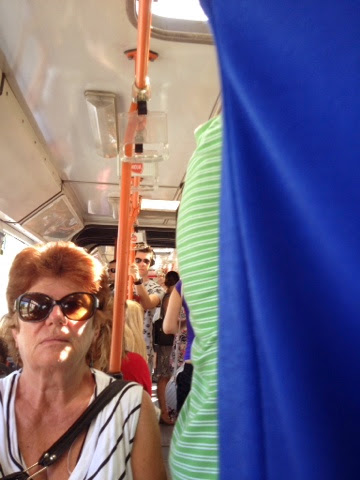 And no one was smiling. I was almost afraid to take pictures, but they were a complacent crew. Quiet, serious, dressed modestly and sensibly, not an excess of heels, showy lipstick and breasts, just flat shoes, comfortable dresses, just enough make-up to make everyone look relatively the same and a natural shade of lipstick.  Frankly, they seemed a bit beaten down and discouraged, but maybe I was projecting.  We drove through miles and miles and miles of similar housing, eliciting memories of the Soviet Union in the late 1970s. The passengers all disembarked and went home. 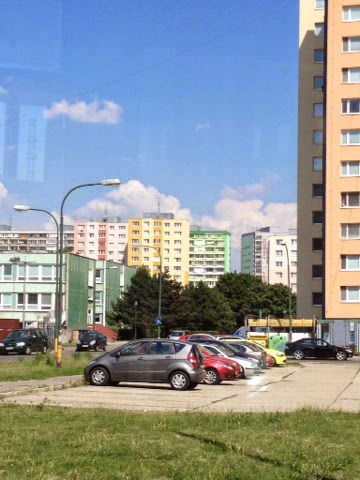 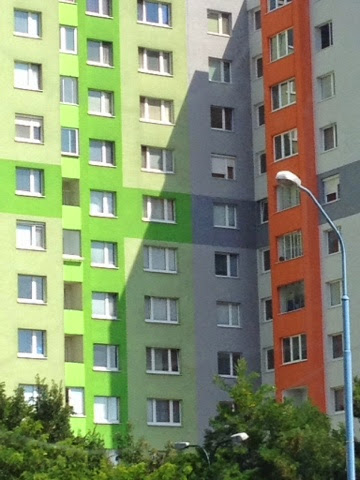 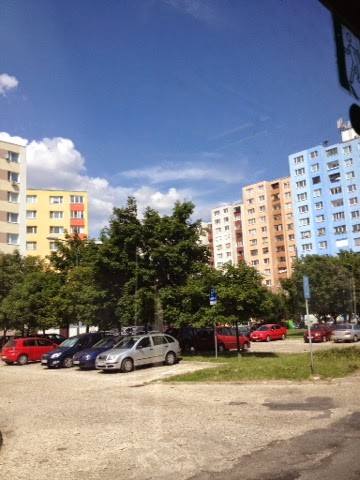 Once again I was the last one on the bus after the bus driver had rounded a corner and pulled next to an overgrown vacant lot at the far edge of a neighborhood.  When I asked him how to get downtown, he looked worried.  He plugged something in to a computer pad and after awhile, pointed to the screen.  ZT2.  Take ZT2 and then he pointed at the field, drawing a semicircle and a down signal in the air.  It appeared that ZT2 would stop somewhere, who knew where as I could see no possibility for going down as we had already come from that direction and it was flat, no underground tunnels anywhere, and that it would arrive in two and a half hours.  I had only seen bus numbers like 80 and 83, so the bus number itself was a bit troubling. I don't suppose the Harry Potter night bus stops here? I walked the semicircle around the lot and picked up a bus at the stop, which brought me right back where I started in about 30 seconds. As the other passenger was getting off, I pulled at her arm since she looked like she might know English.  She was in fact pleased to translate my query about going downtown to the bus driver, who gave me different, but equally fantastic instructions. I kept my head low so the first driver wouldn't notice that I wasn't taking the underground passage he had recommended, but was back there second-guessing his directions with someone else.  Then I walked up to the first driver in the queue and asked him.  He laughed at the request to go downtown and said he would take me there in two minutes if I crossed the street and stood at the bus stop rather than just getting on the bus parked there. This seems silly, but I agreed and he took me downtown. 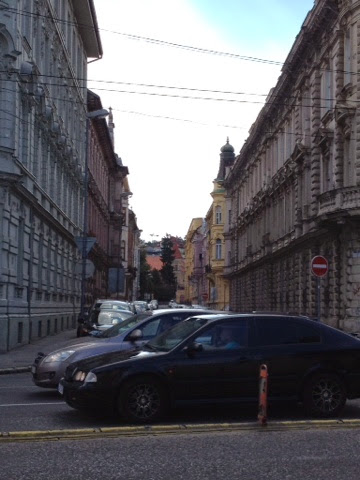 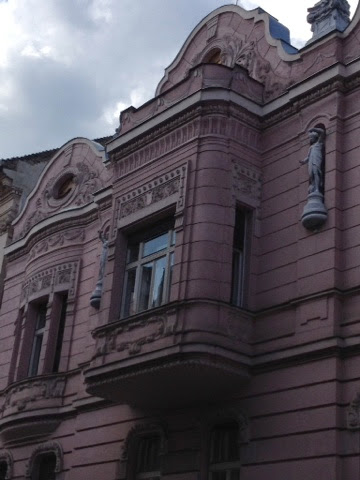 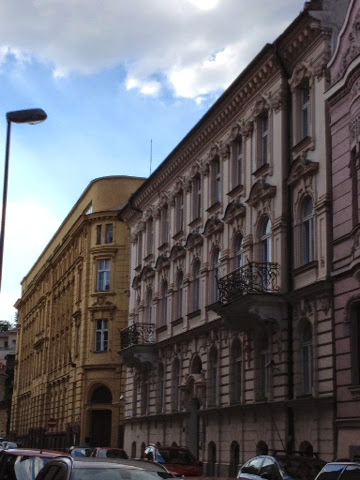 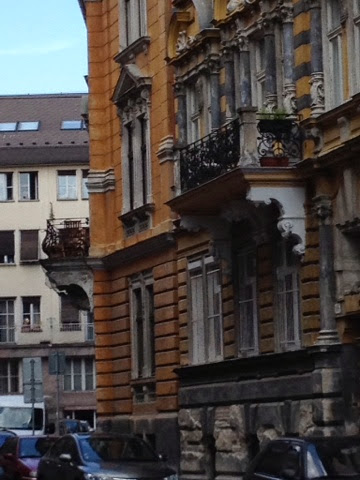 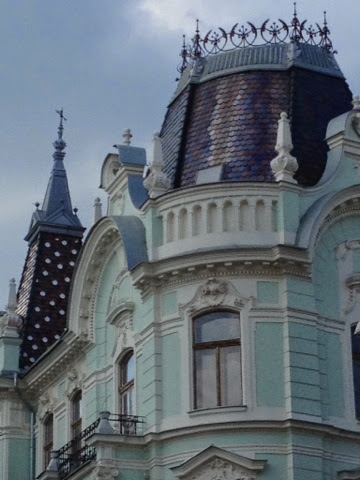 That was closer to what I remembered.  I was mighty hungry, so I stopped at a nearby park and found shade in an out-of-the-way corner, which worked well as I didn't know if there might be rules against drinking alcohol there.  Although I could not have been farther from the center of the plaza, and the benches were completely empty 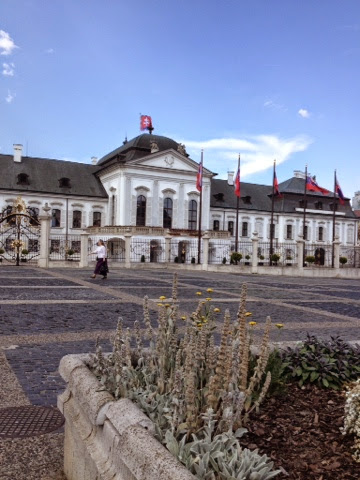 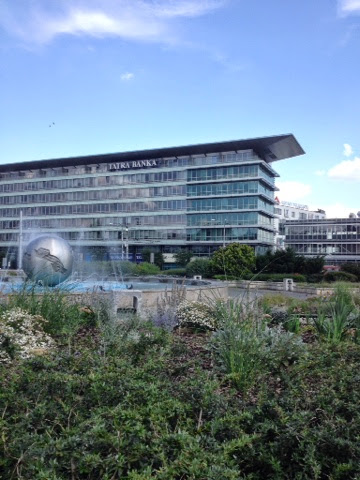 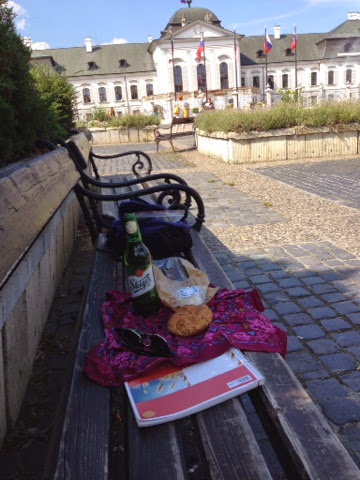 a woman came across the square, sat down right next to me and lit a cigarette.  Europeans are shameless that way; they have absolutely no conception that you might not enjoy second hand smoke...   And they will hunt you down just to light up next to you.
She proceeded to complain in Slovakian (I presume) for a solid fifteen minutes.  I simply smiled at her, wondering if she thought it odd that I didn't respond.  She apparently just needed to vent.  I am pretty sure she said that Bratislava was a shithole.  Look at this place, the Presidential Palace and the plaza is empty. She pointed at all the empty benches.
After demolishing my excellent meal, I just walked around town, checking out different venues offering Pilsners. It occurred to me as I sat in the bus station that I had not heard anyone laugh all day, even at the cafés. 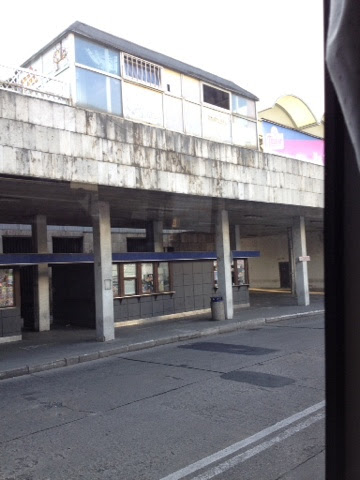 Weary, I stretched across the back seat of the bus to Vienna, wondering, when we pulled back in to town, why it was that I had left. 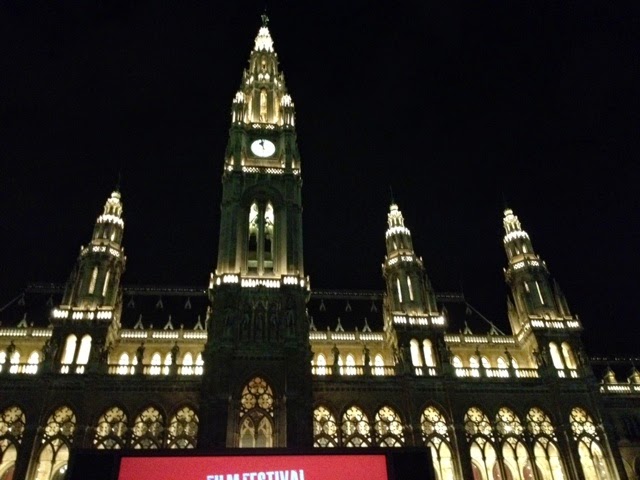