An aptly named festival as many of the 3,000 performances in 250 venues over a few weeks each August in Edinburgh are unusual and exploratory.  If you have an idea, no matter how bizarre and can fashion it into a performance, Edinburgh will find a venue and give you the opportunity to present it at the Fringe Festival.
Edinburgh has a lot going on without the Fringe. It would be impossible to do more than begin to partake its usual cultural and natural offerings in two weeks, my slated visit. Too, the vote whether Scotland will secede from the UK and become its own country is only weeks away, so that is a huge topic of discussion in the pubs, on the streets, in plays, stimulating an already gregarious populace. The history here is omnipresent, not only Scotland's, but its deep entanglement with the rest of Great Britain. 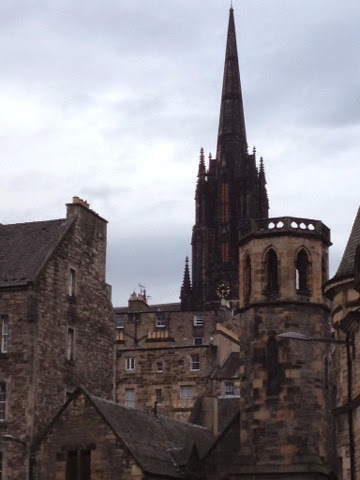 There are at least eight Shakespeare theater take-offs, ranging from modern spins to compressing all of the plays in to one, to one of this year's favorites, Shitfaced Shakespeare: a six man troupe which draws straws each day to see which actor will get absolutely hammered before the show, then show up and try to perform.
Theater story lines range from feminist sisters, one a sex worker, the other a shaven-headed lesbian to political thrillers and satire to a consideration of whether "that beautiful bundle of contradictions",* Jane Fonda, was a traitor or peace activist.  (*description of JF in a 2005 Washington Post review of her newly released autobiography. Europe is following the Snowden story closely; the analogous question holds an interest in countries steeped in history of political intrigue.) One play is a 70 minute compression of all of Sherlock Holmes' stories. Another explores the life of  Kahlo. 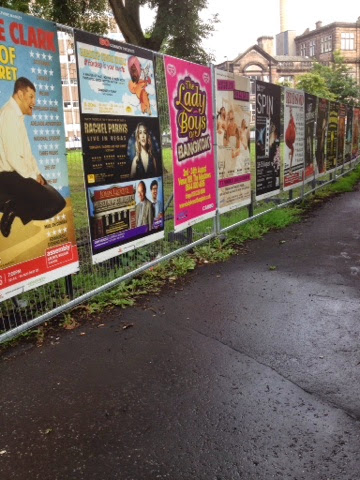 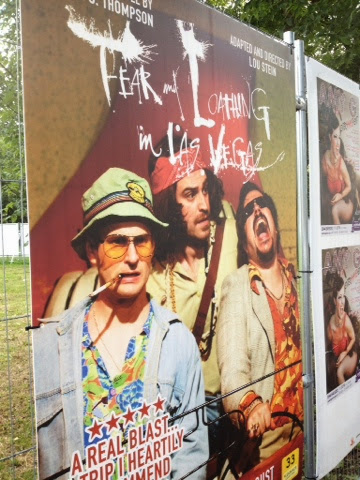 Something for everyone.
Musical performances range from the Soweto Spiritual Singers to The Lady Boys of Bangkok.  I was particularly impressed by a very unusual guitarist playing on High Street and recommend checking him out on YouTube: Adamkadabra.  King Eider, playing in the BBC free family tent struck a homesick note at the right moment with their bluegrass tunes and I bought CDs that please from both of these. 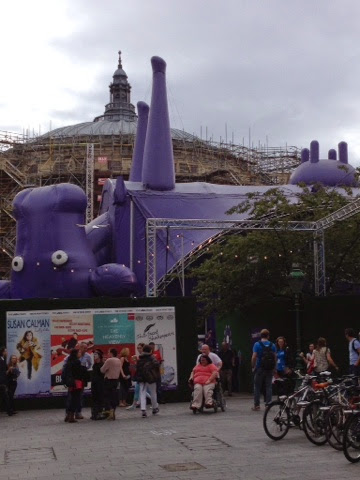 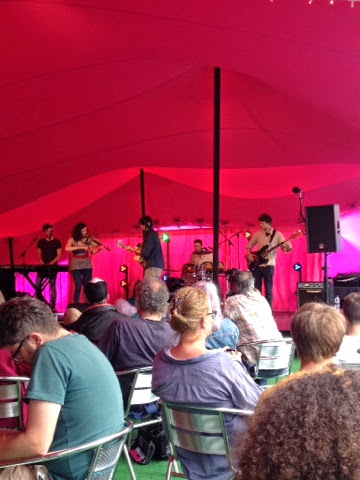 There are several innovative acrobat performances running. Dance performances range from the traditional Scottish ballet theatre to Polska, which features a woman in her team Poland sports gear twerking and folk dancing to The Rolling Stones, Miles Davis and Polish folk tunes.
There are hundreds of comedy acts, many of them improvisational and interactive, so you can't be sure what you are walking into.  Thankfully, Scotland has a lot of fine local craft beers and excellent whiskey to help you take roasting in stride.
Generally, a show runs at the same venue at the same time each day, some for a week or two and others the entire duration of the festival, with random days of rest. Some venues offer all free shows which my or may not require a ticket.  You must buy tickets for other shows, which range between 5 and 20 pounds and is not always a simple matter as the tickets often must be purchased or picked up at a box office separate from the performance venue.  You can buy tickets online, but can't print them. Many of the venues do not allow children as they don't  have what the Scottish call a "full liquor license" and many of the shows are too ribald to expose kids to anyway.  Nevertheless, except for the many street performances, it is not an especially family friendly festival if you want to sit down and watch a show.  There are some shows aimed at young children, but frankly, none of my four youngsters had the attention or interest for puppet shows and puppeteers still give me the heebeegeebees, so I am not anxious to try it with the next generation, who seem just as restless and high-spirited as my tribe. But you can find a lot of entertainment just strolling the streets. 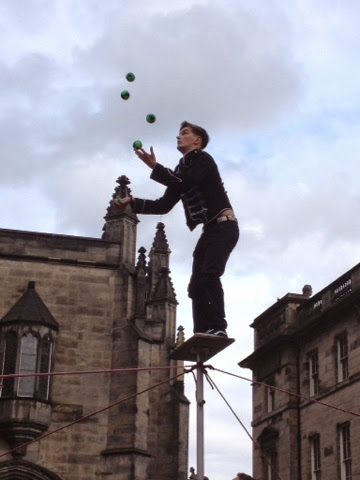 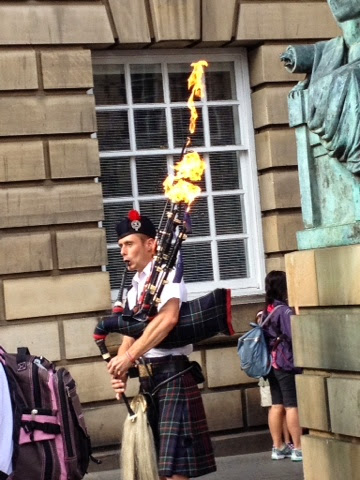 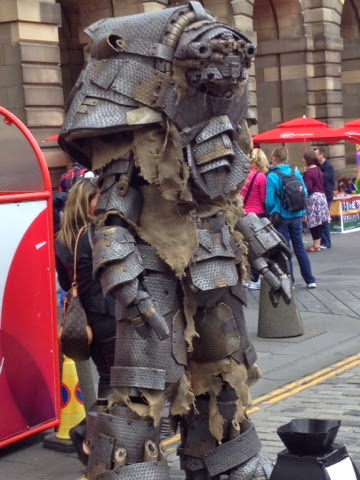 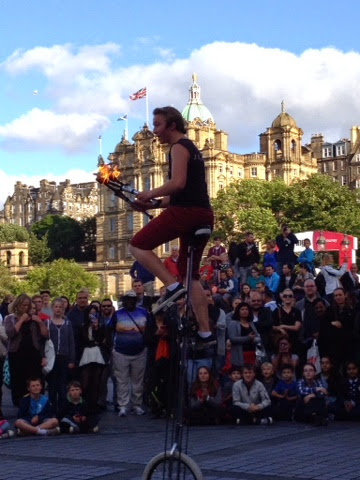