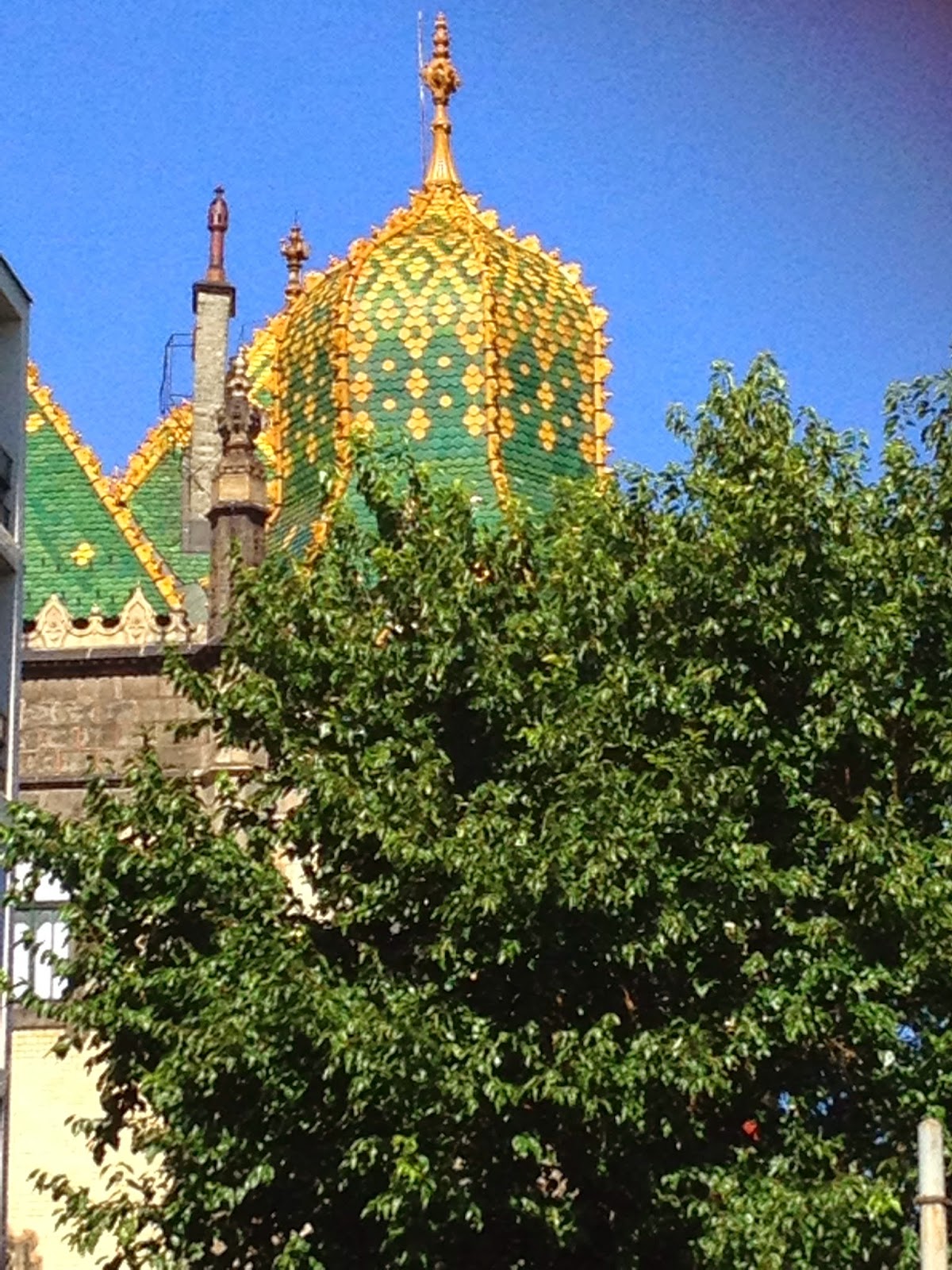 Who doesn't love Budapest? So...though I was feeling stingy about my dwindling hours in Vienna, when my niece Rachel suggested a sojourn...well, it's only a few hours away by train or bus...we began our efforts to get there.  Not fluent in German and generally struggling to find a printer for boarding cards and tickets, we have both found it easier to show up and get what we need utilizing hand motions and scribbled times.  Funny that as we were traveling to a bus terminal, Tori, another of my nieces, texted her cousin from New York and suggested she and Rachel meet up in Budapest. There is no keeping a secret in our family. 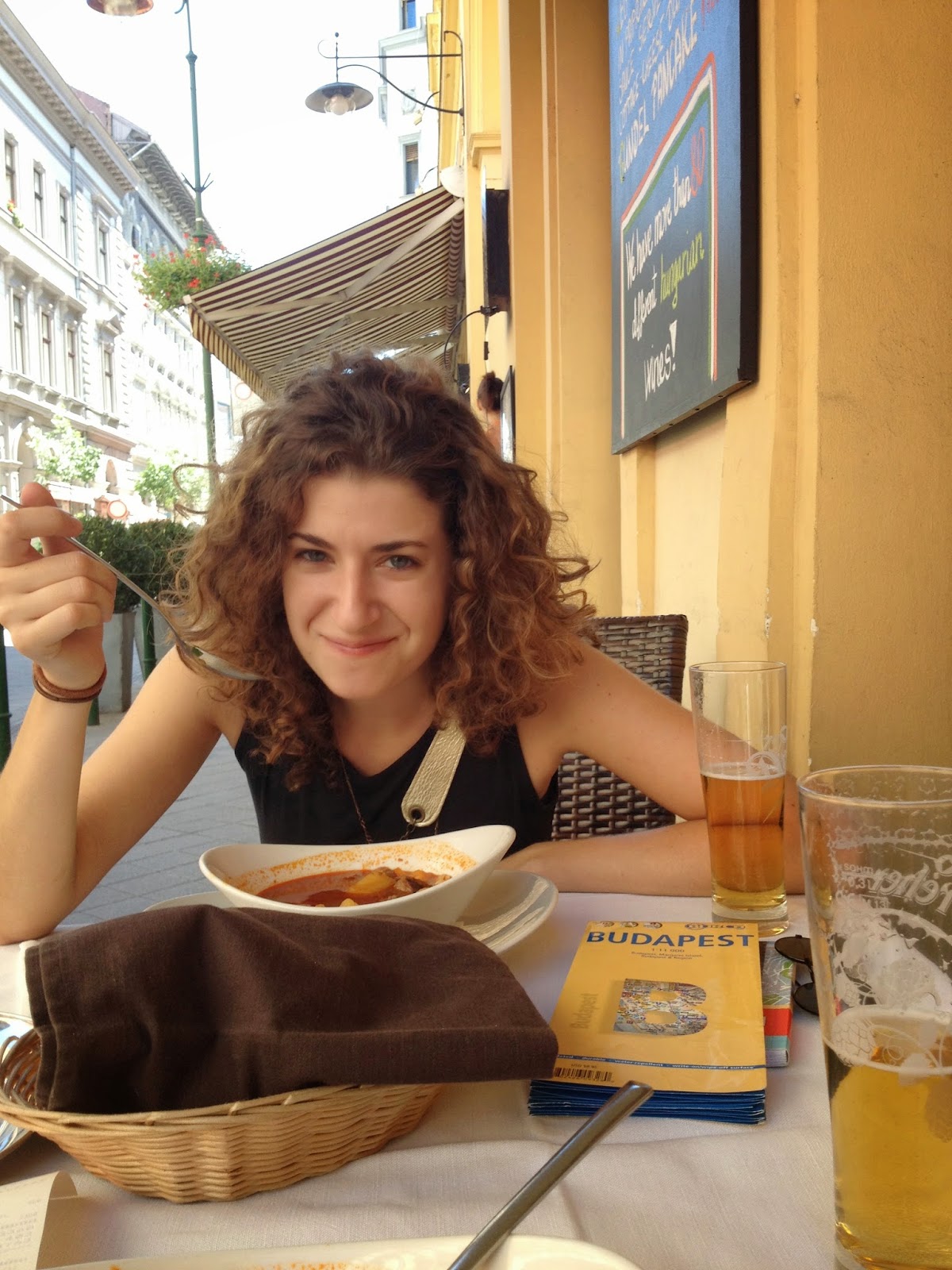 I was delighted that Rachel found the public baths as fascinating as I did. 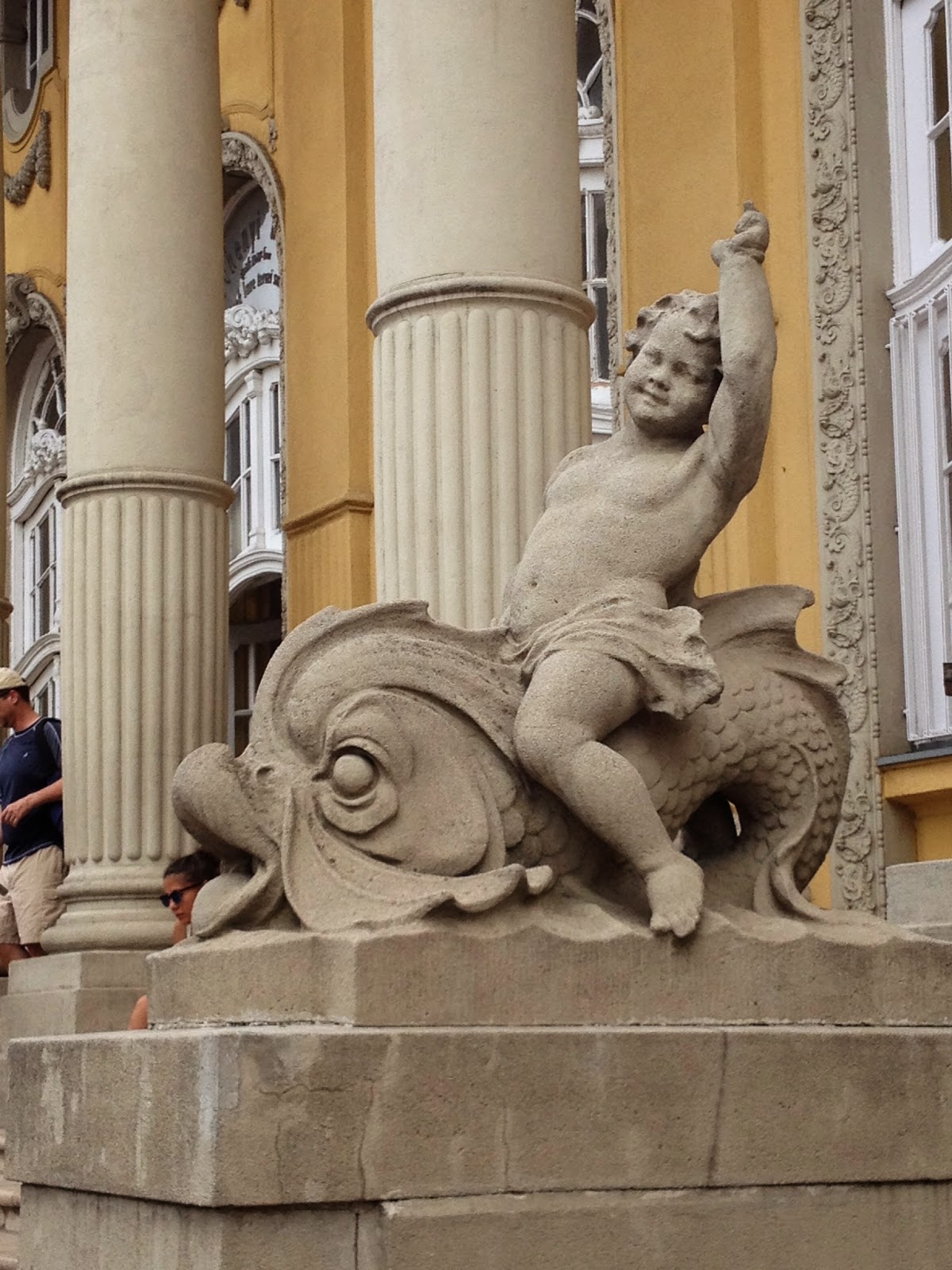 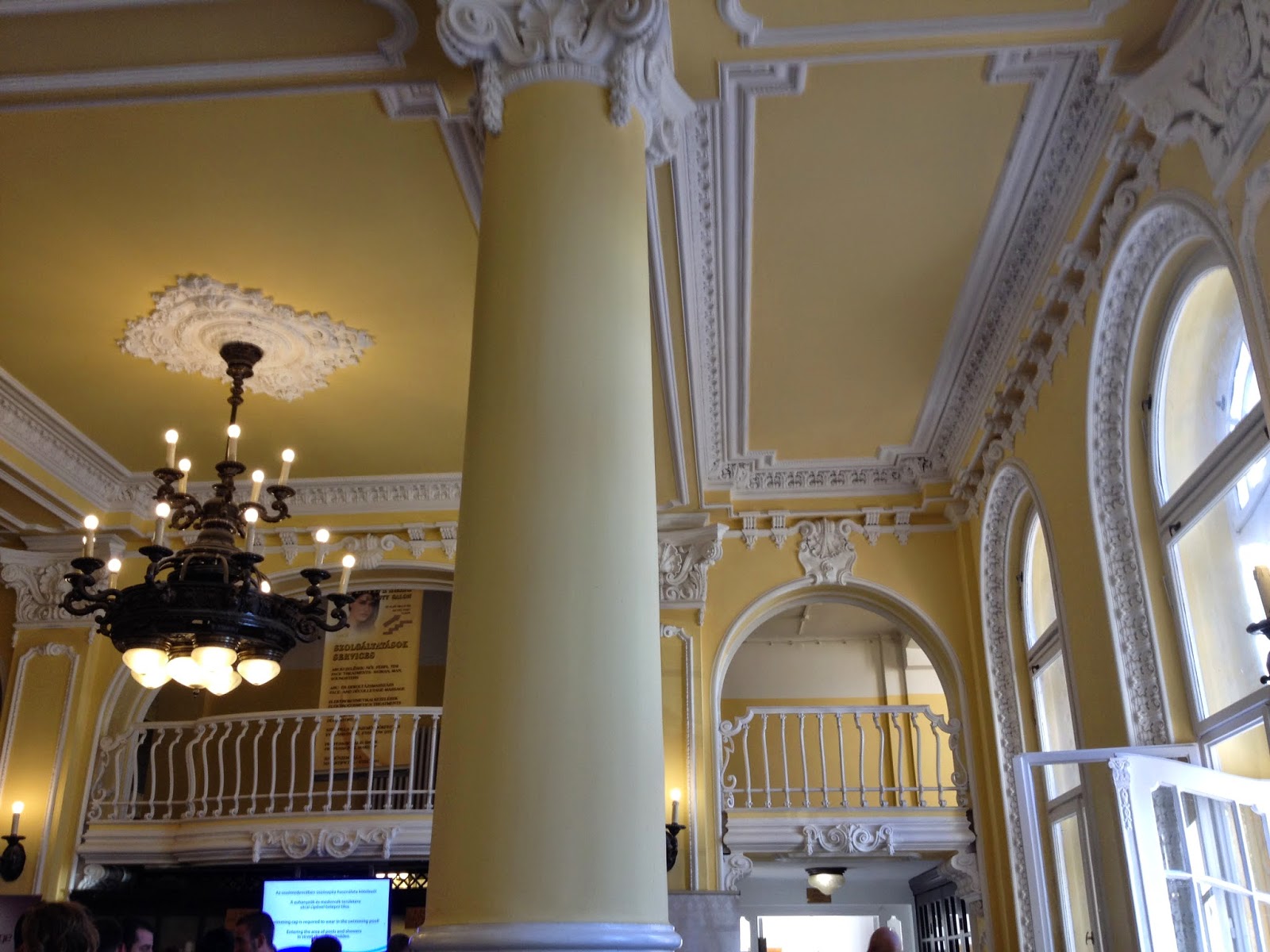 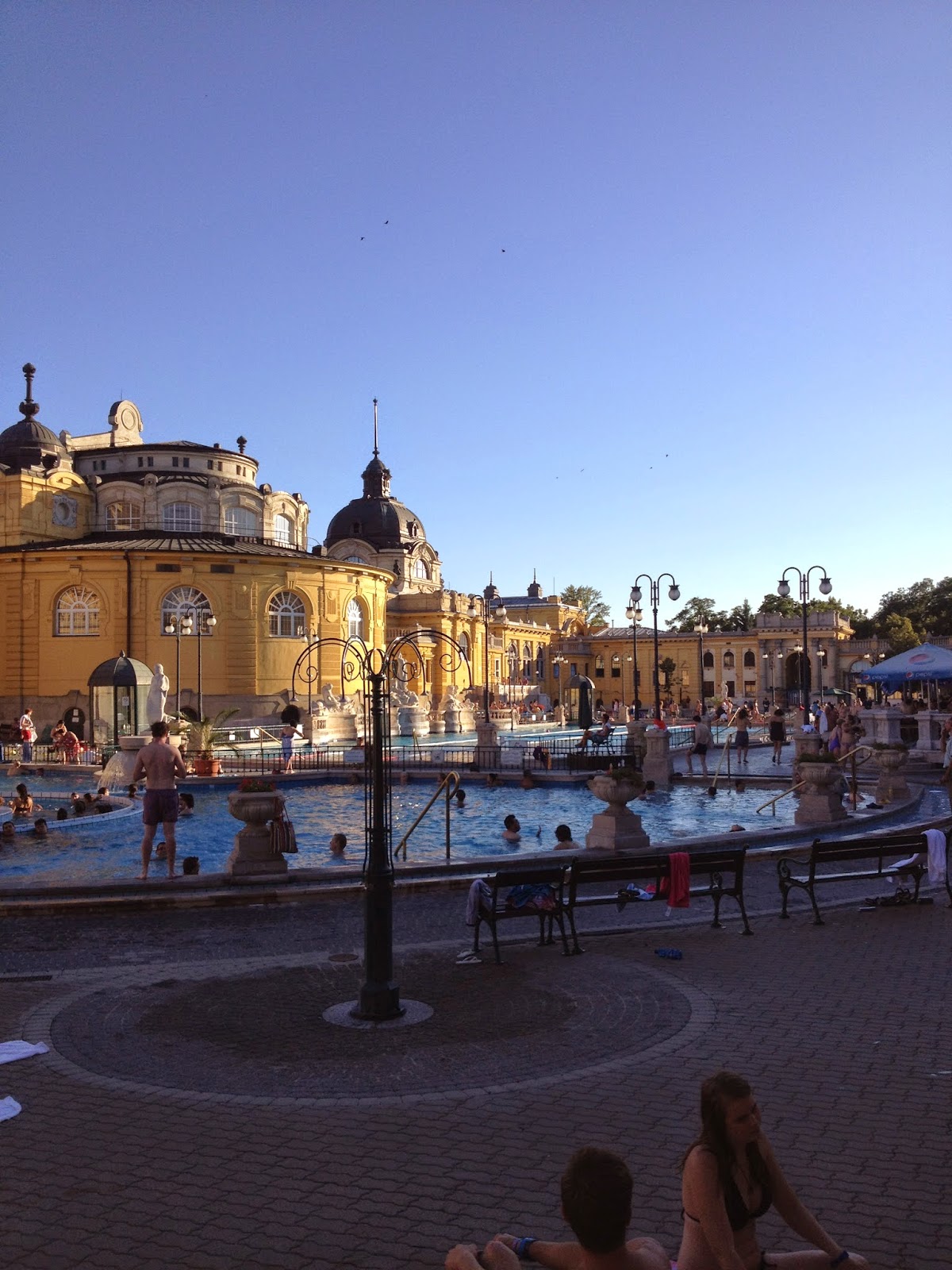 After an afternoon of fiery saunas and a variety of medicinal soaks in the City of Healing Waters, we strolled across the park 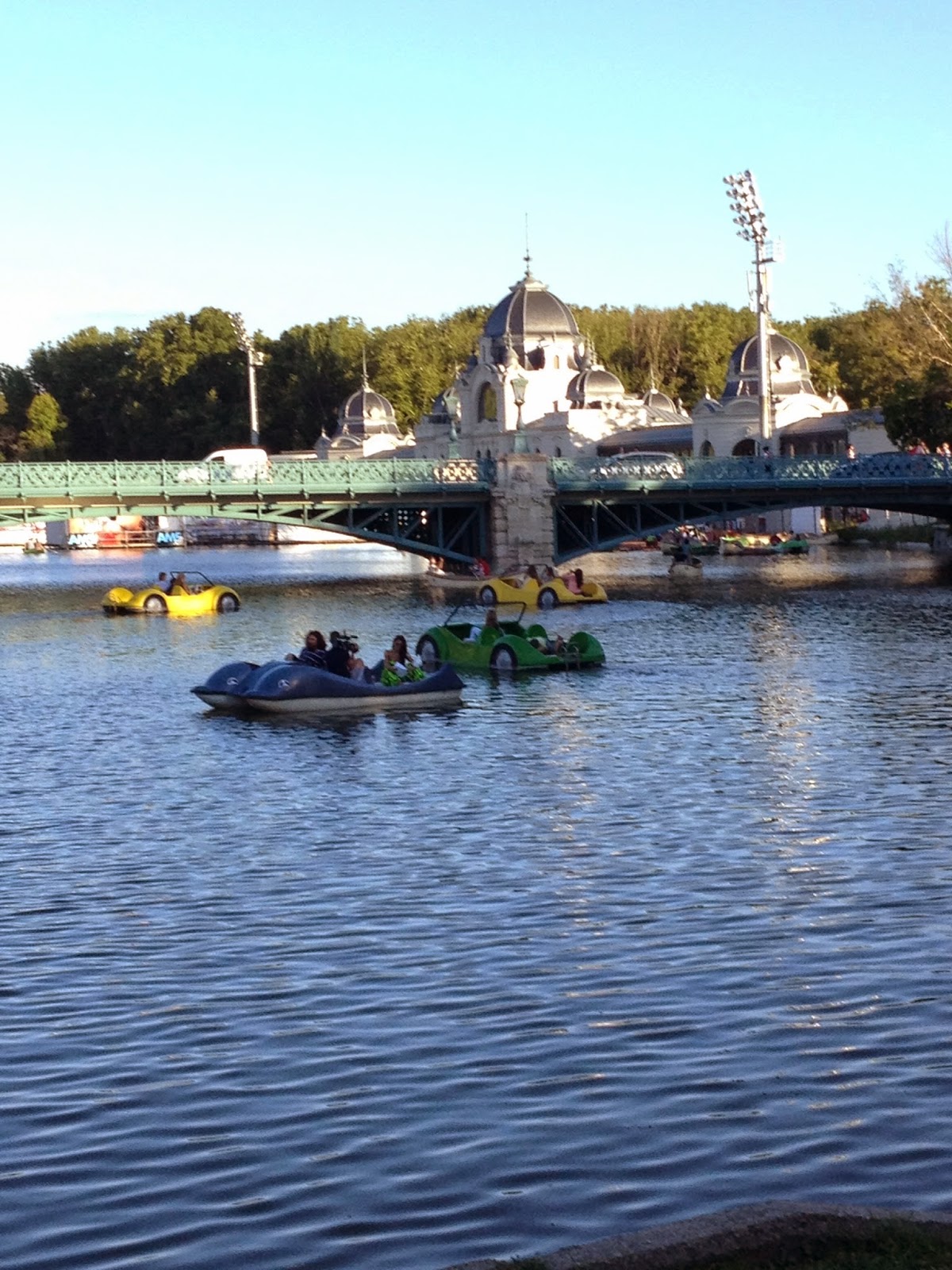 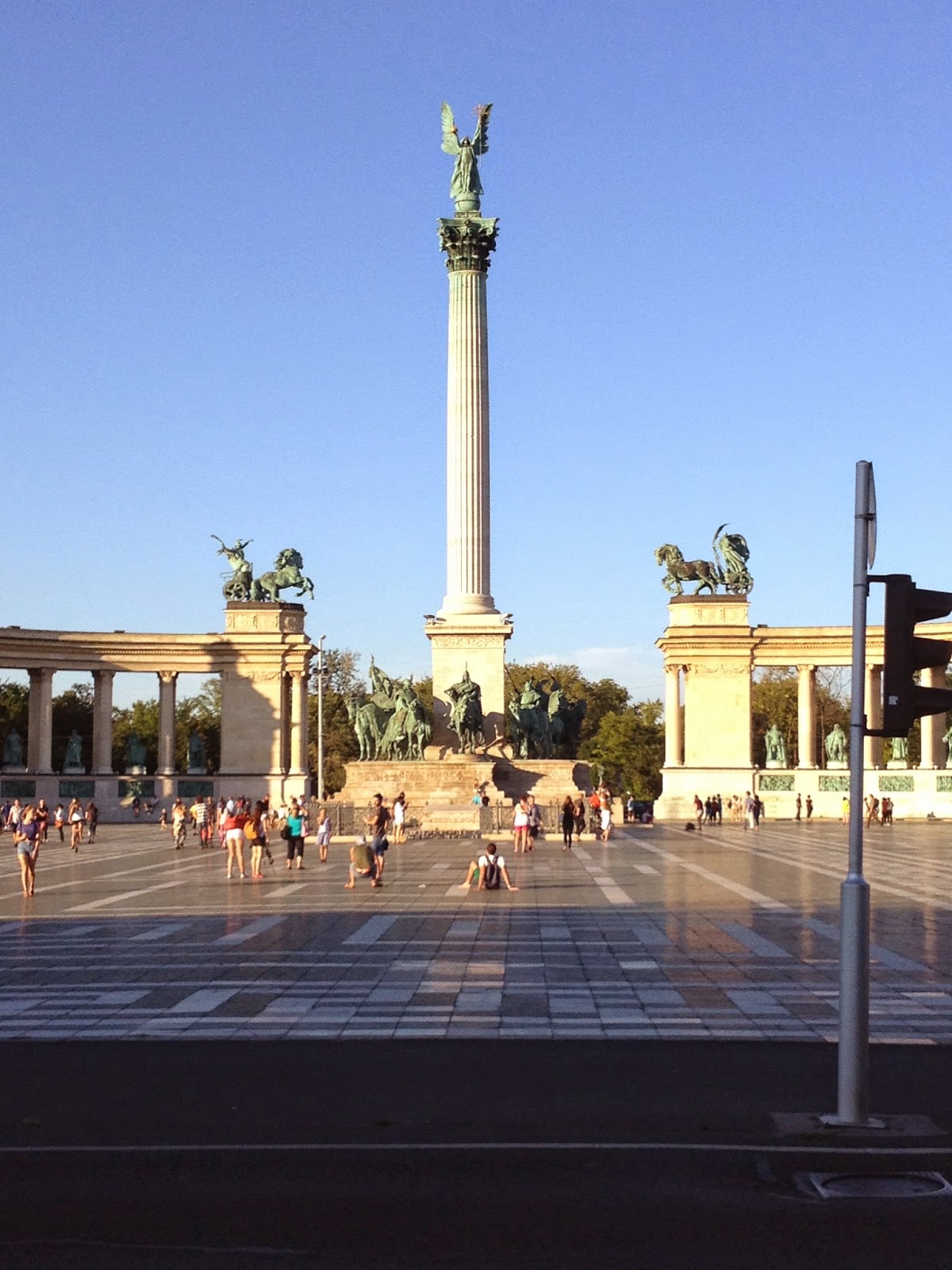 to enjoy a quiet interlude smoking sheesh at a leafy nargile cafe, 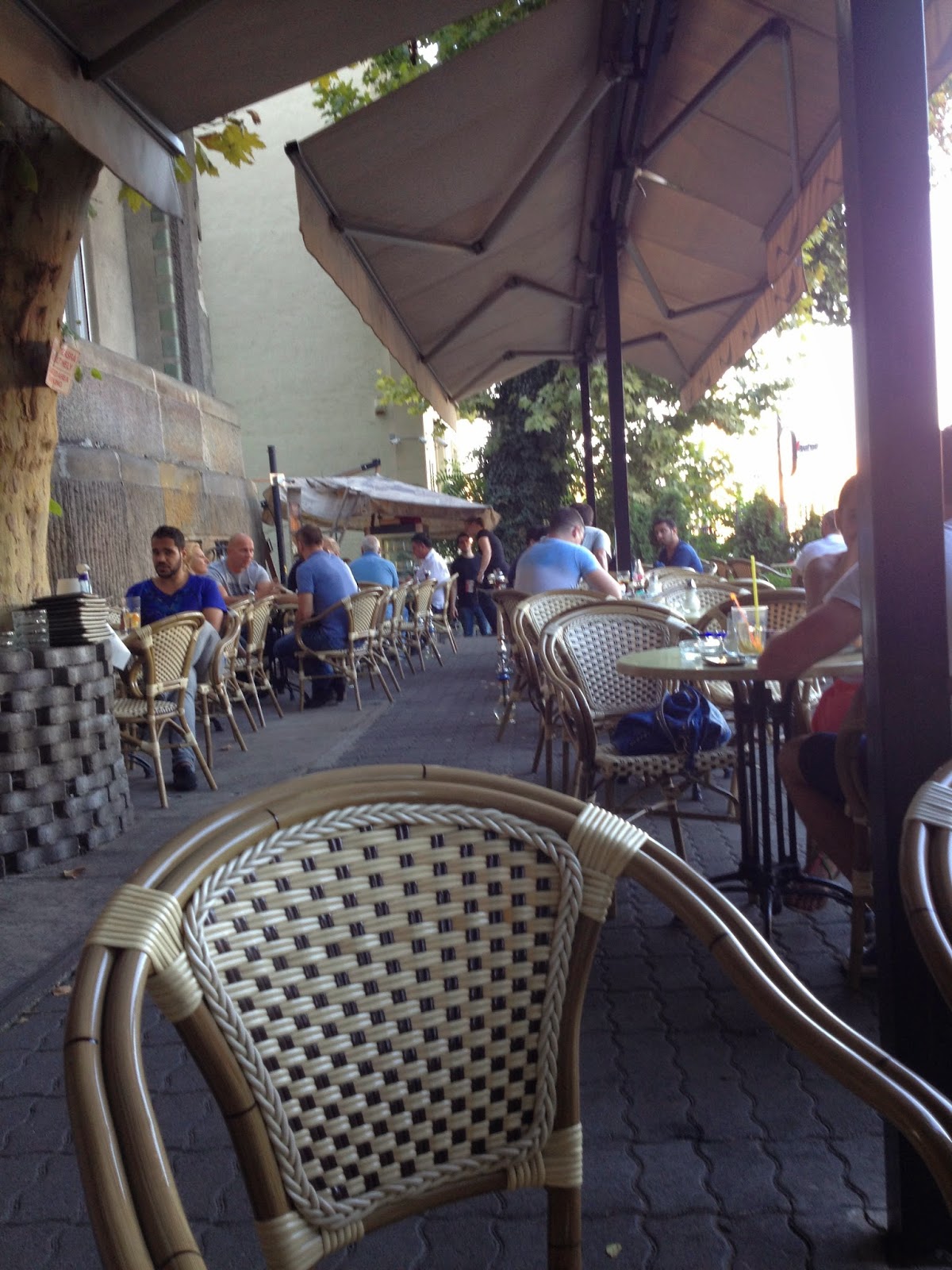 and then found this contemporary art exhibit down by the water as the sun was setting. 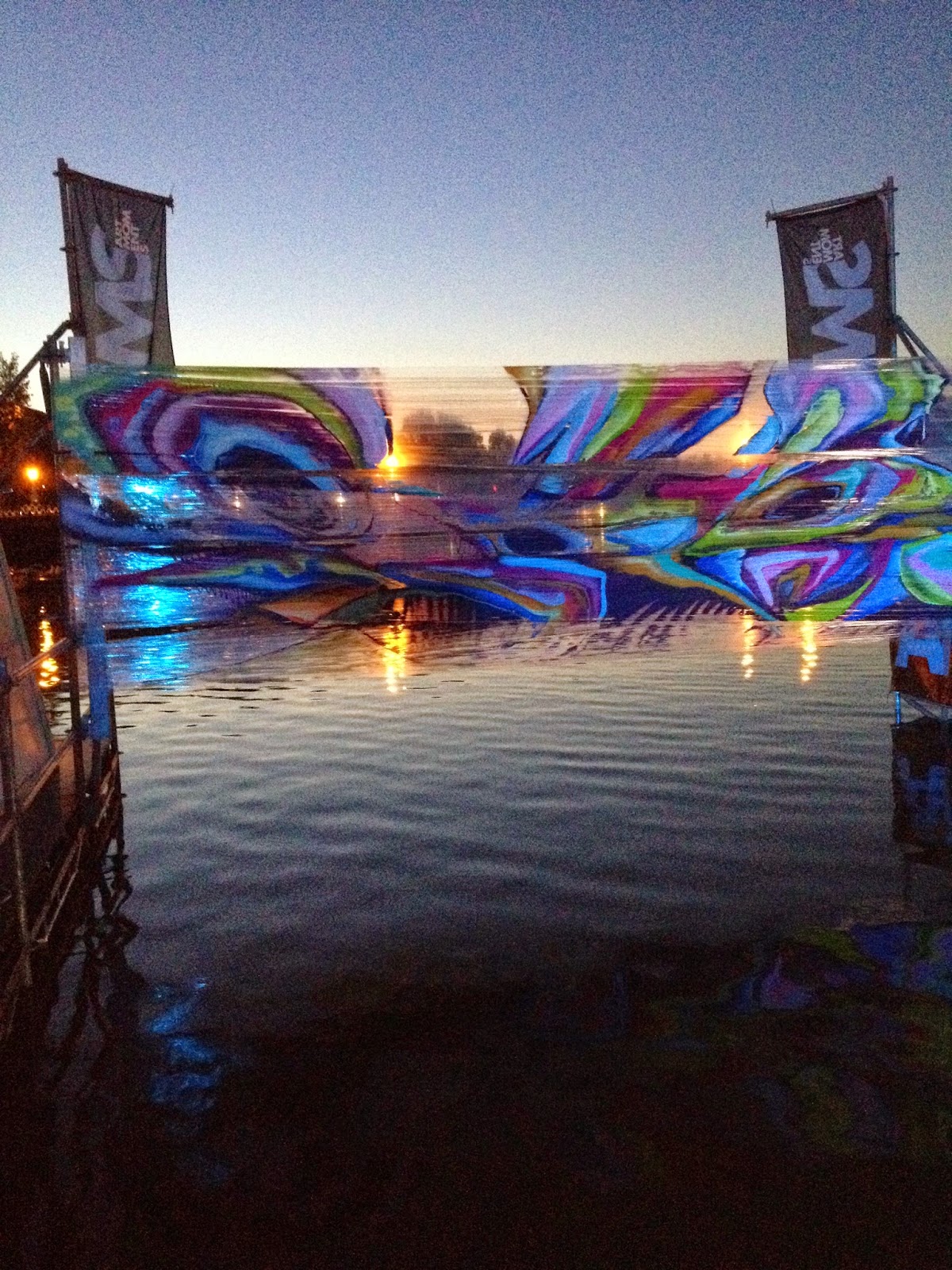 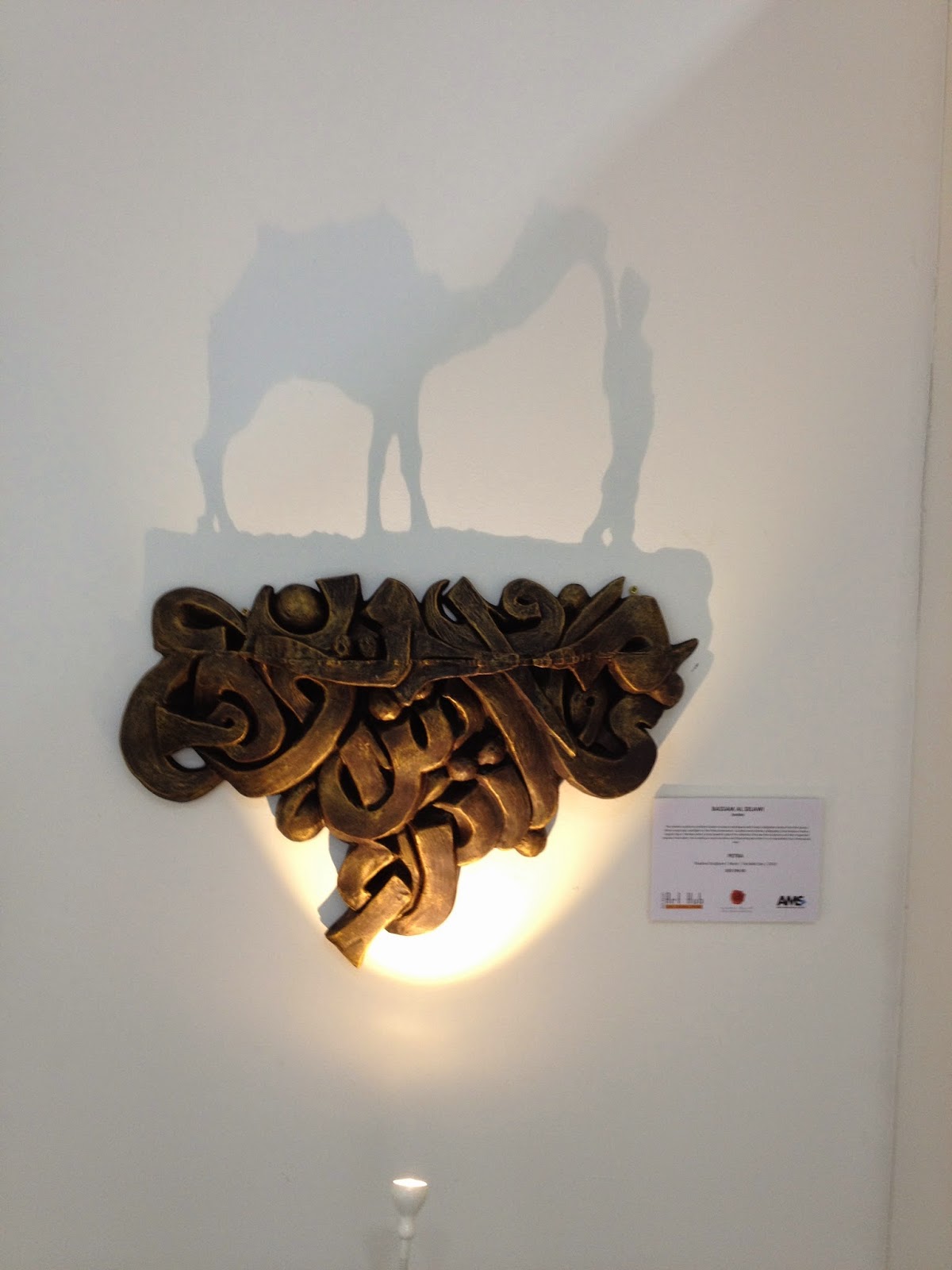 This Jordanian artist, Maysoon Masalha, interested me as the Muslims are forbidden to create images in their artwork, a source of great pain for a young sculptor I met in Fes, whom should have been born in Florence.  This shadow sculpture, one of several on exhibit, is created by projecting a spotlight on three dimensional Arabic calligraphy of verses from the Quran. 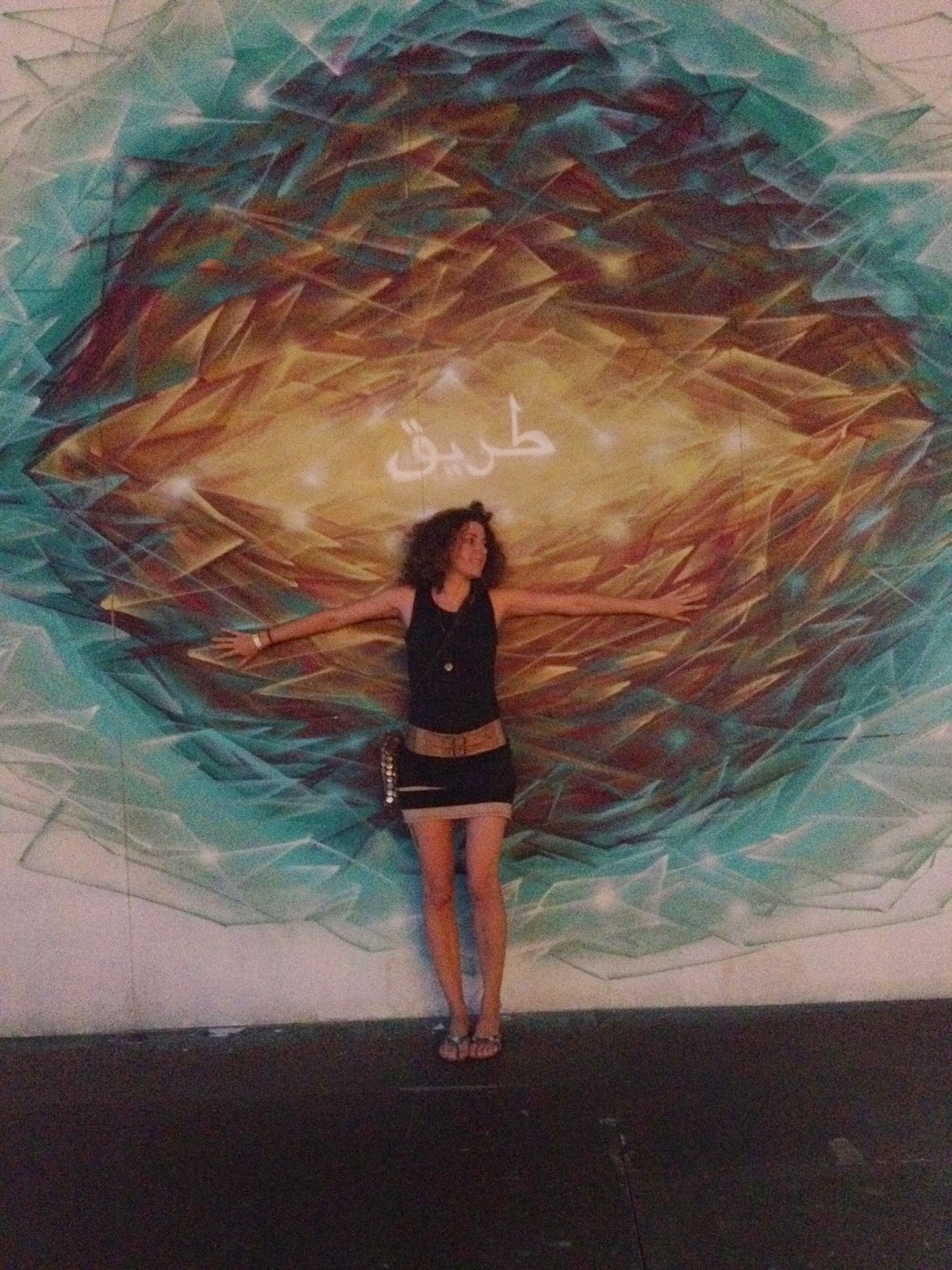 
Who knows Arabic? That word must be either Rachel or Love, right? We found this guy's cousin hiding as street art the next afternoon. 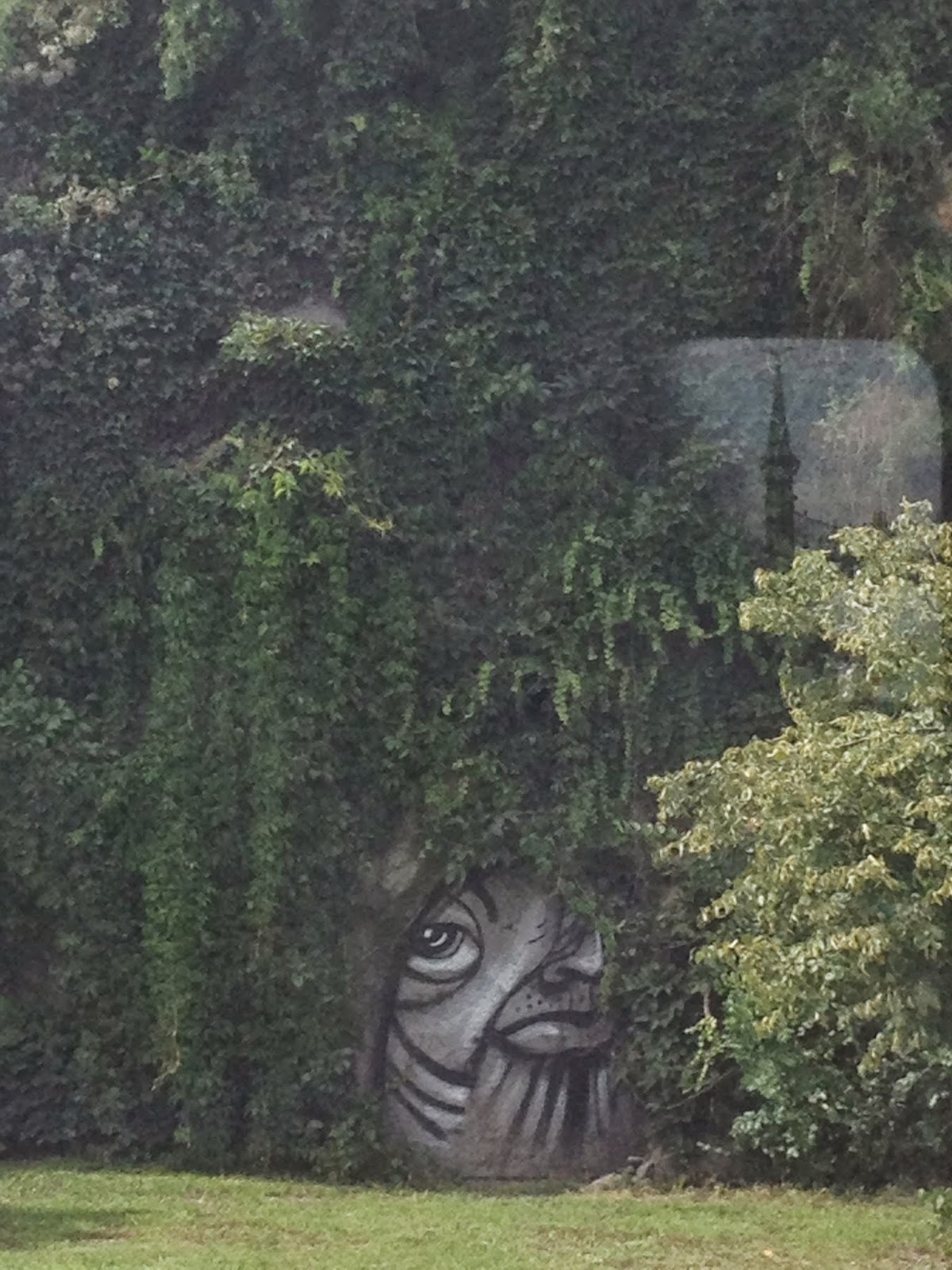 Try as we might to follow directions for dining delivered in Hungarian, we ended up in an enchanted park in the dark instead. 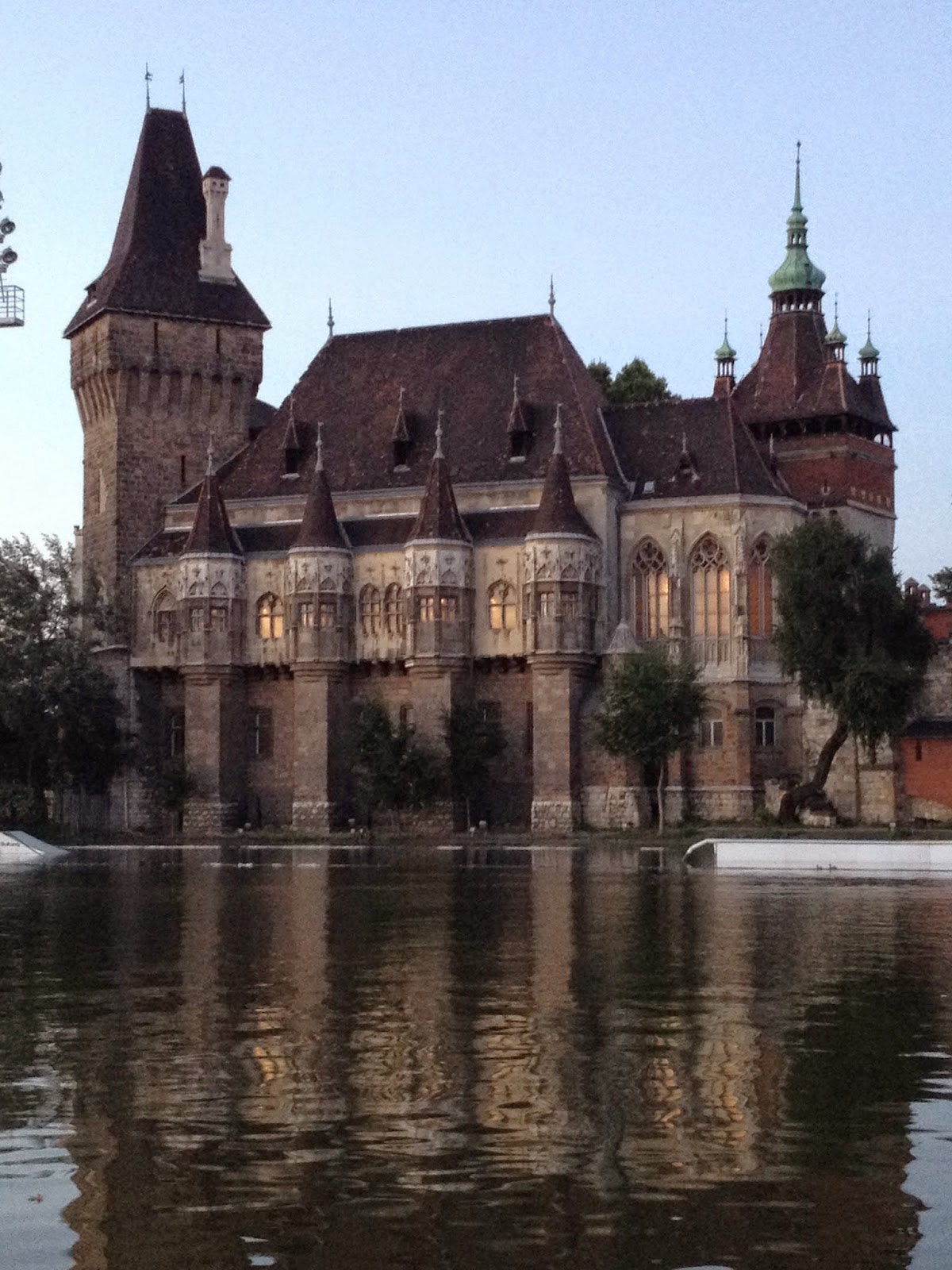 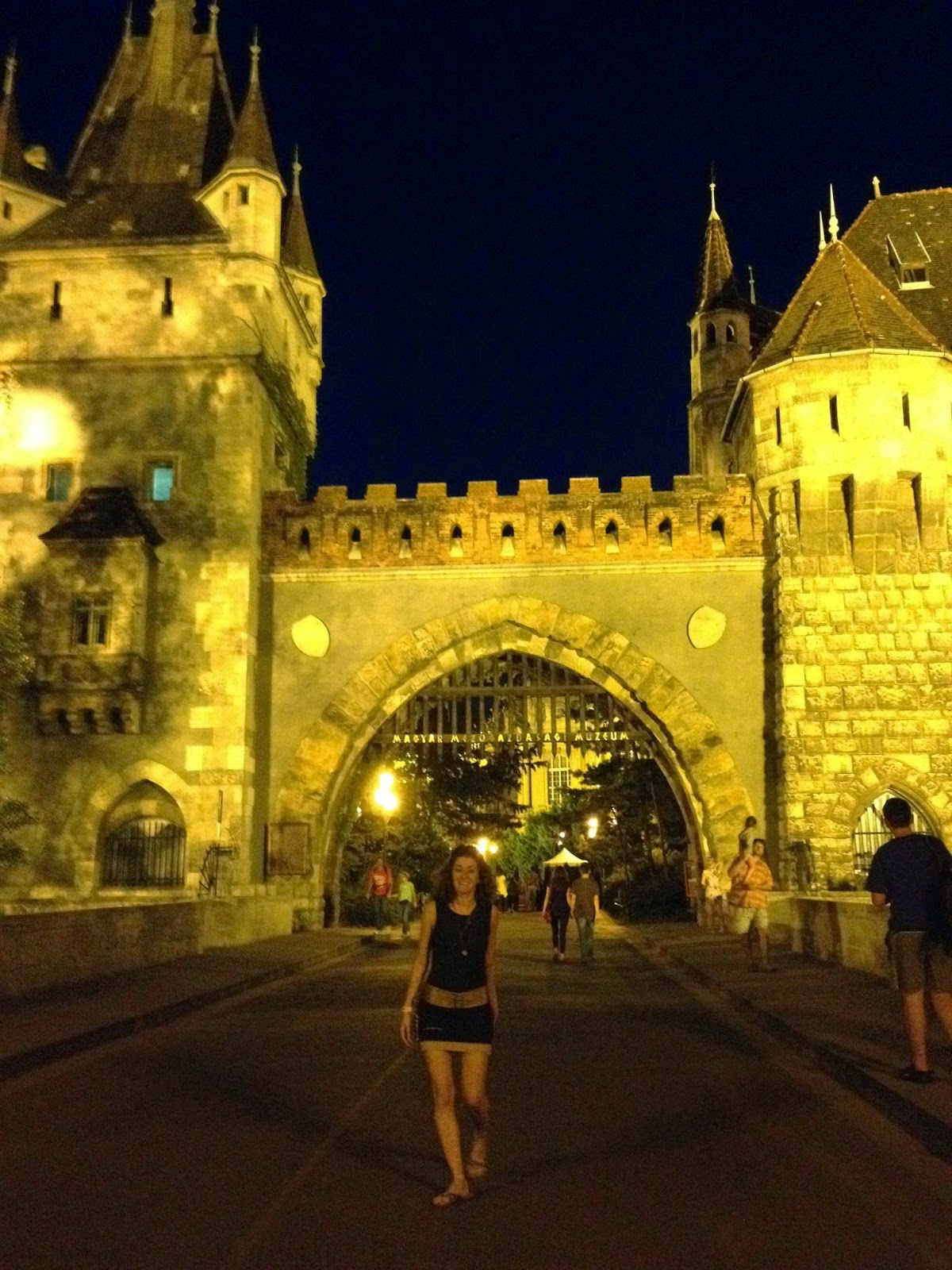 So we moseyed on down to the Danube where we knew there was food. 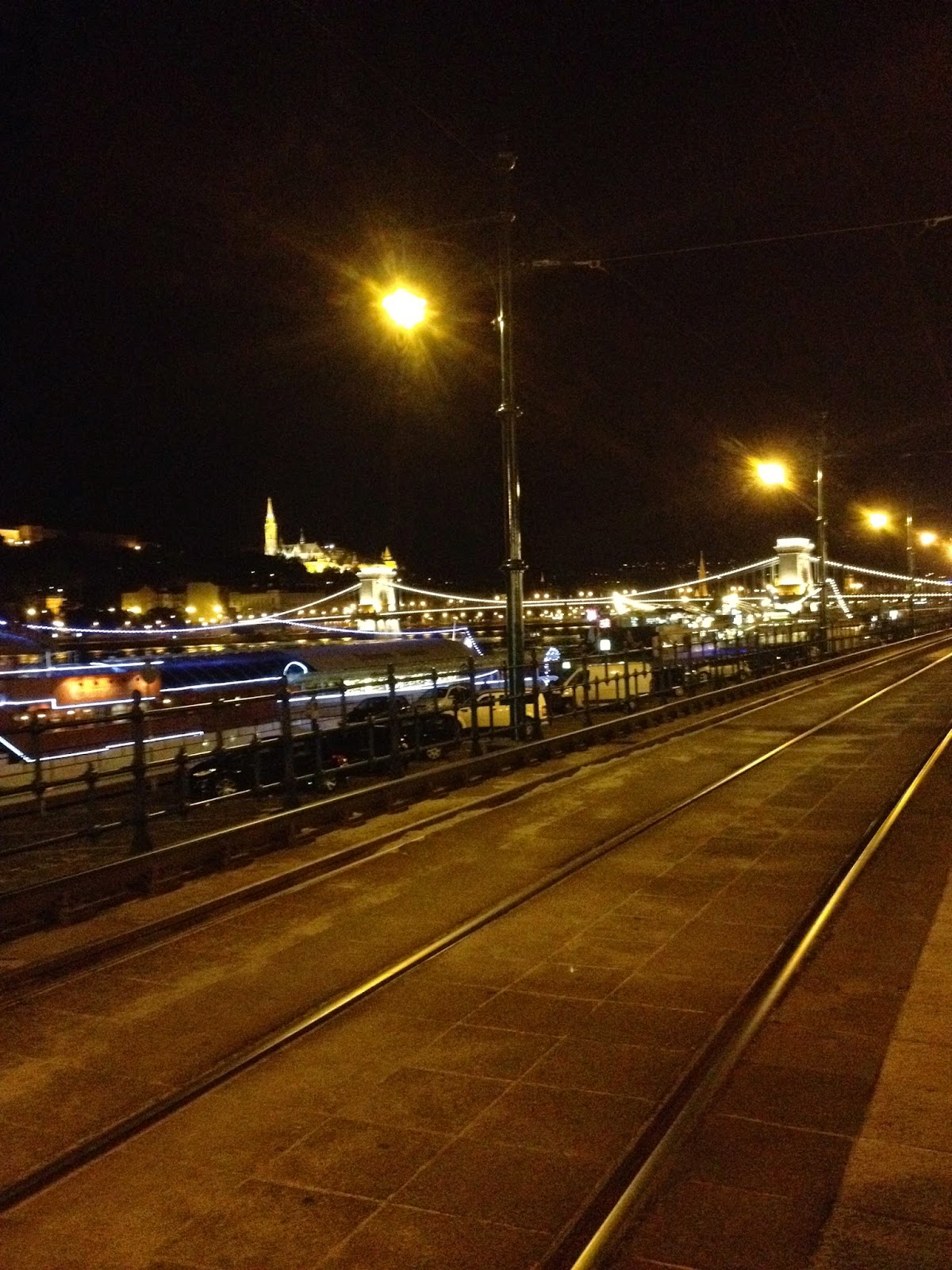 The next day we started with an absolute need for sour cherry pretzels and to explore the City in our own special way. 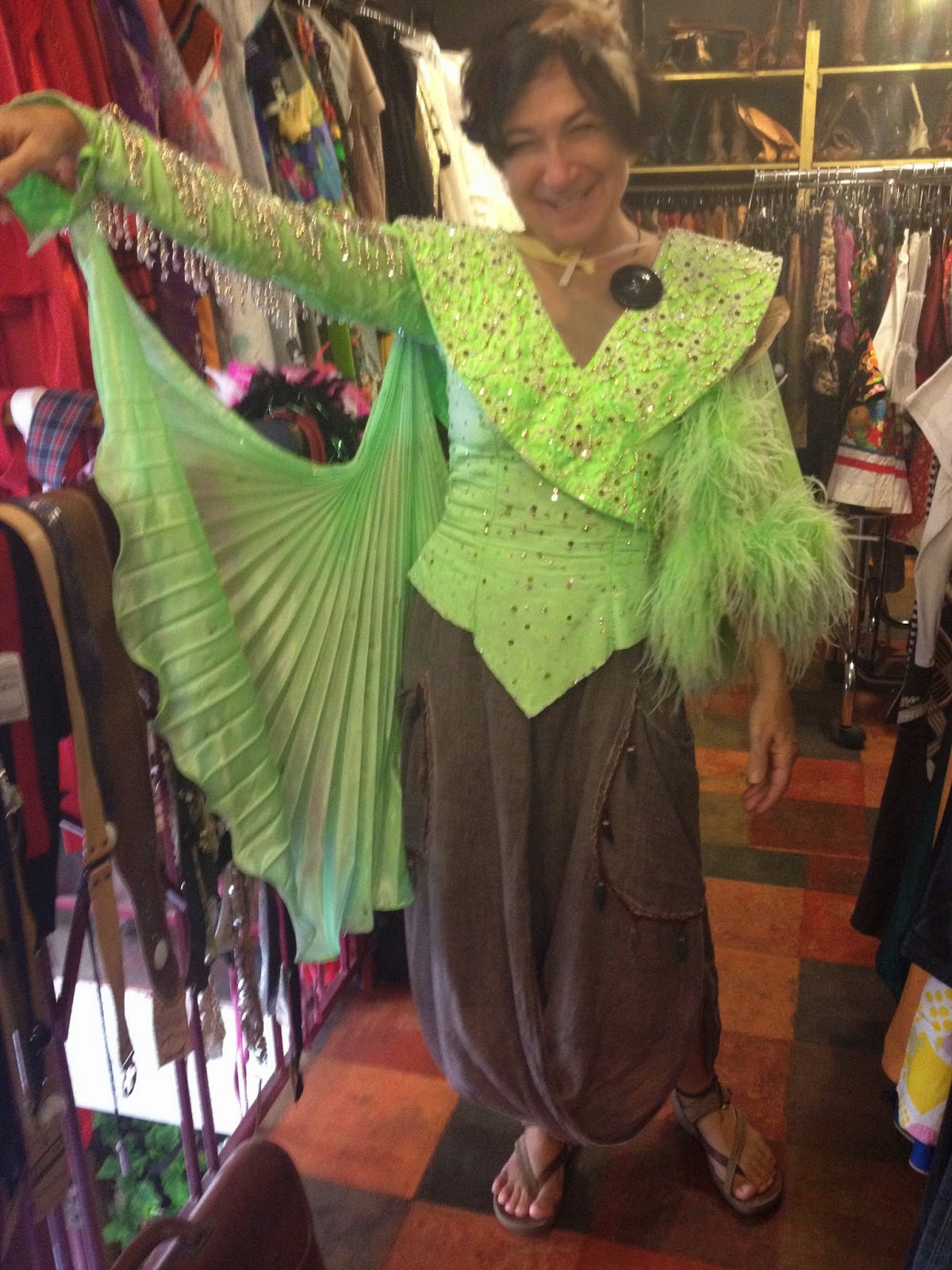 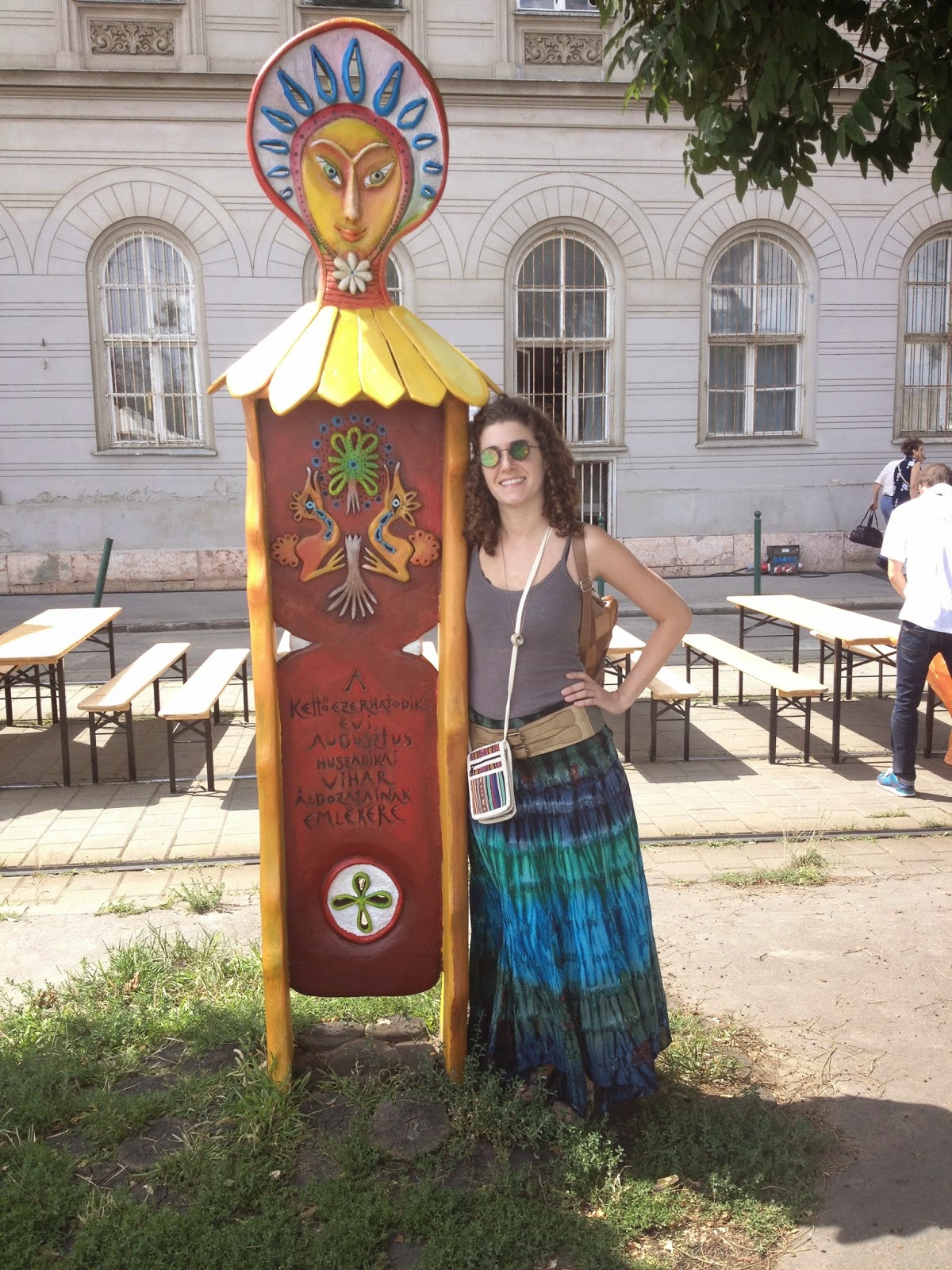 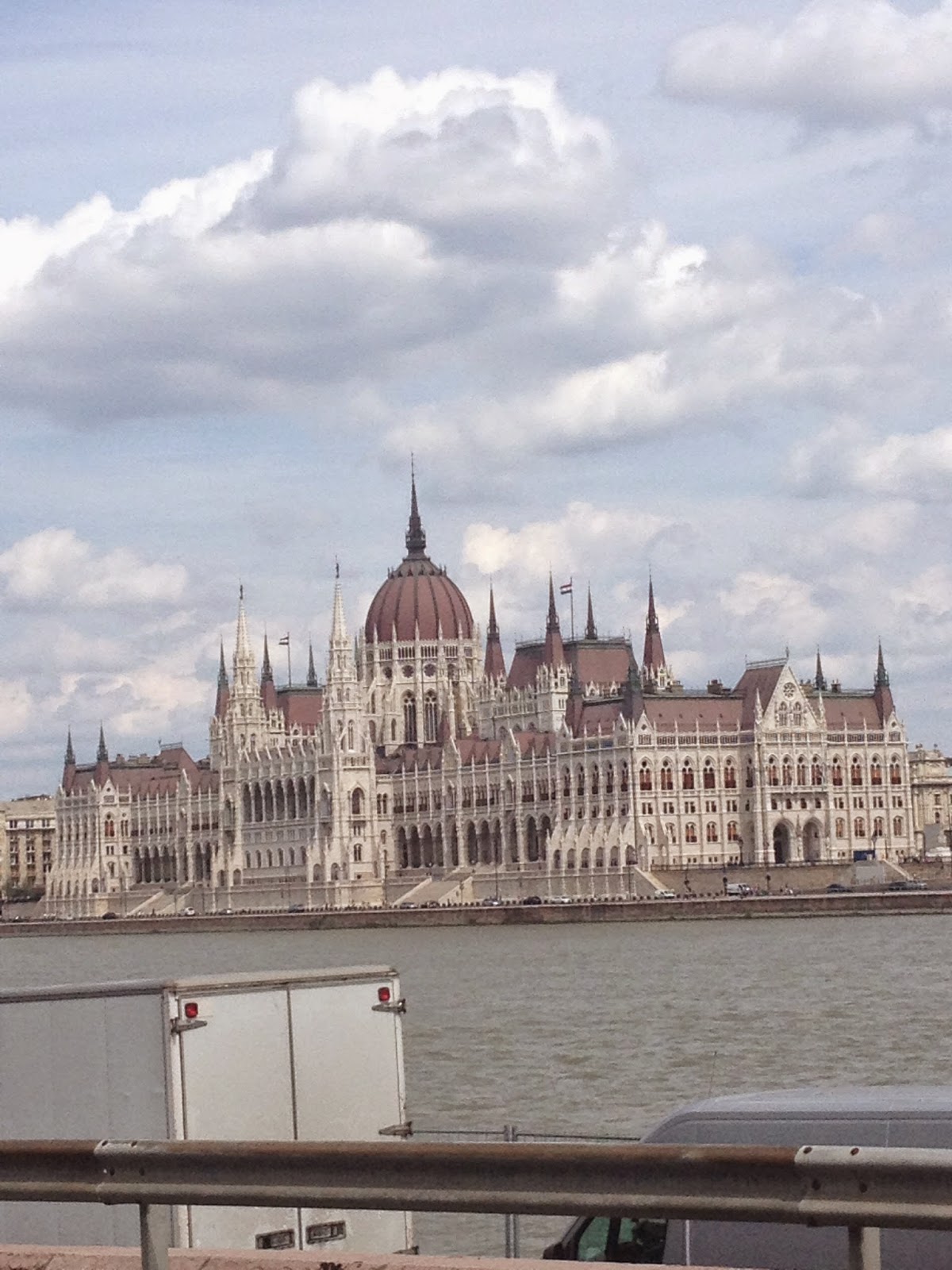 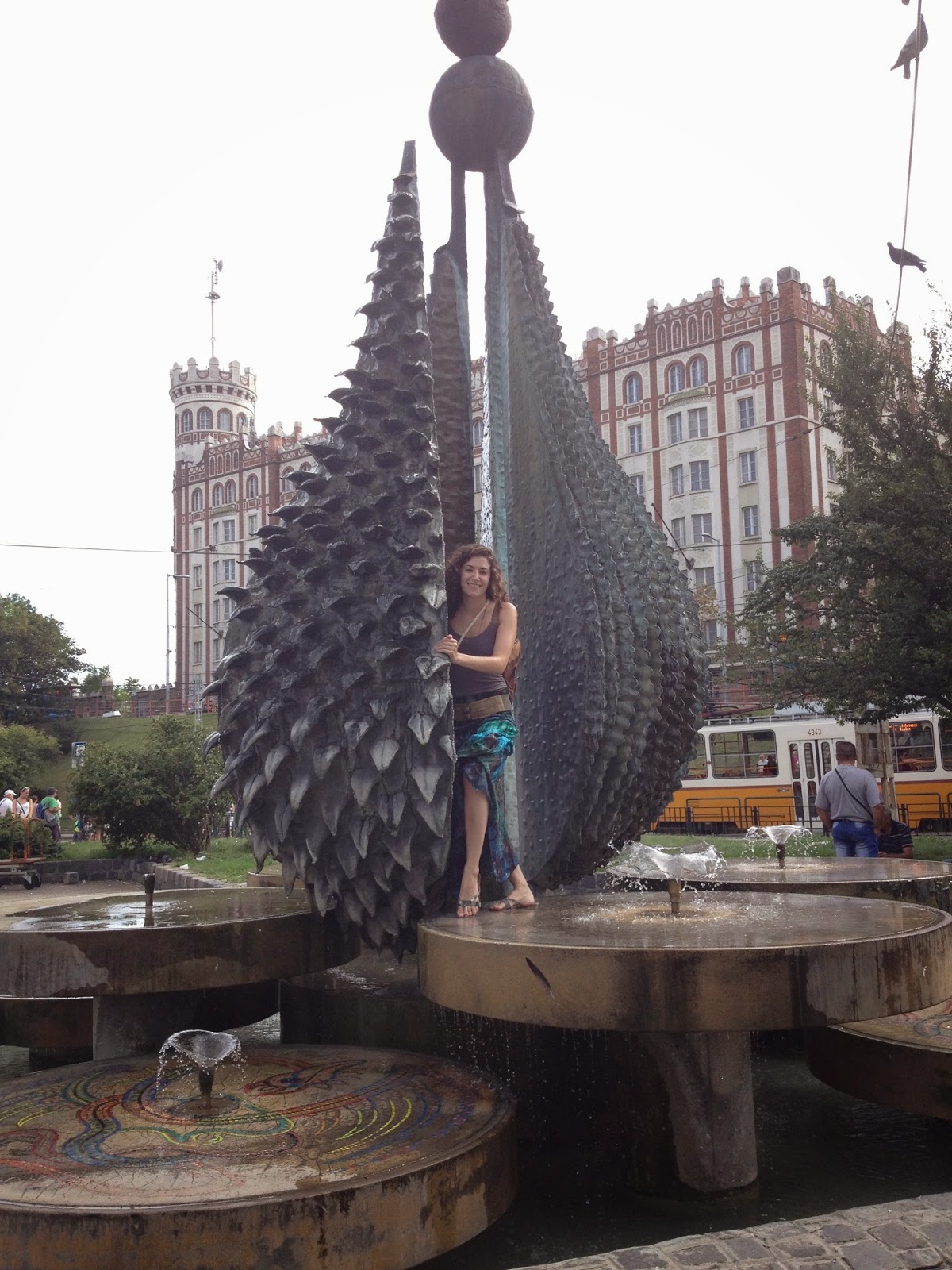 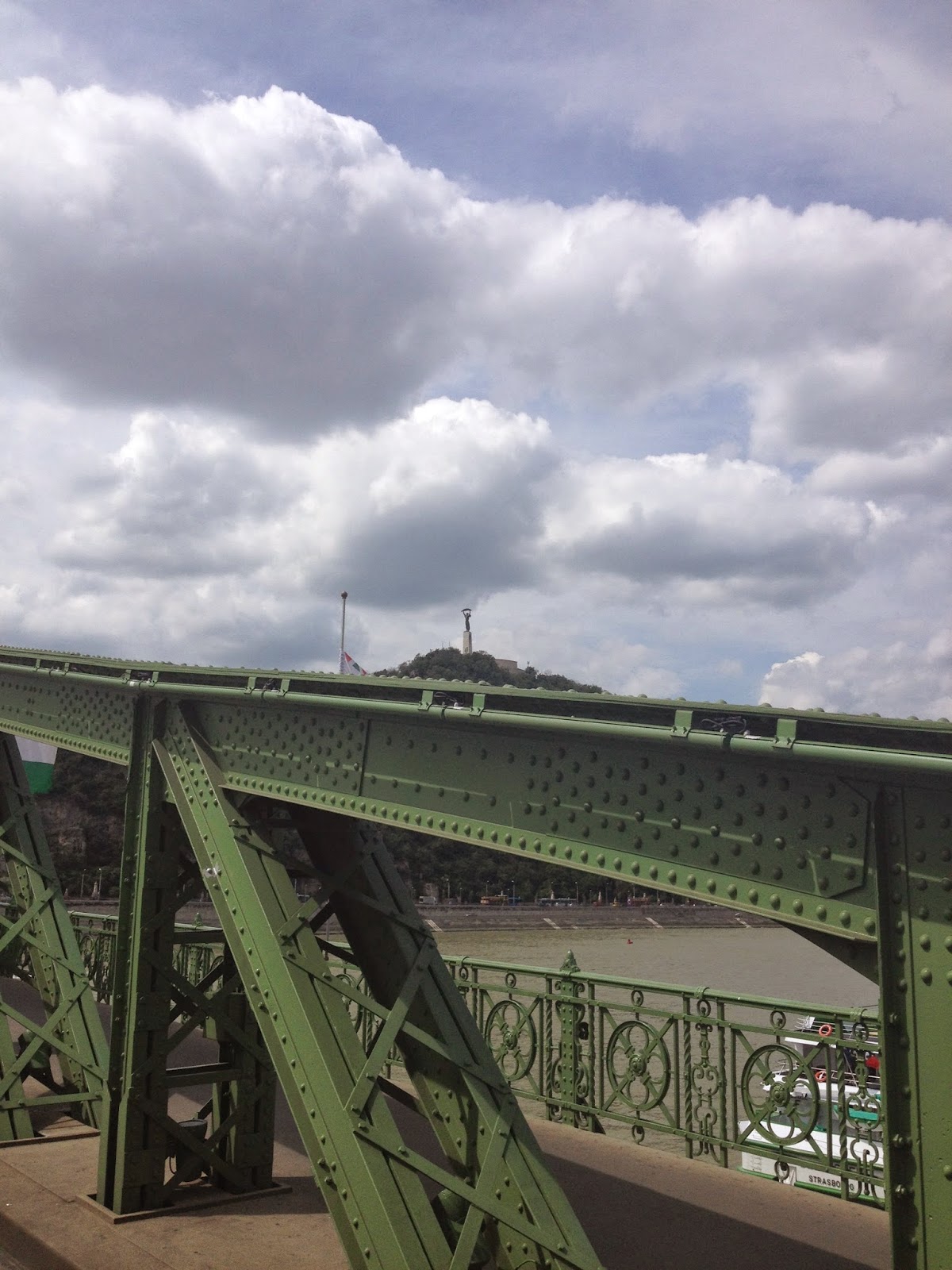 Budapest was interesting as there seemed a deliberate effort to utilize manual labor.  Rather than turnstiles in the metros, two officials were posted at the top of each escalator and you could expect to be randomly accosted, especially if you were in a mad hurry, to show your ticket.  Quite a contrast to the honor system in Vienna. There was music along this section of the Danube and young men manning the sound system, obviously a tedious job. 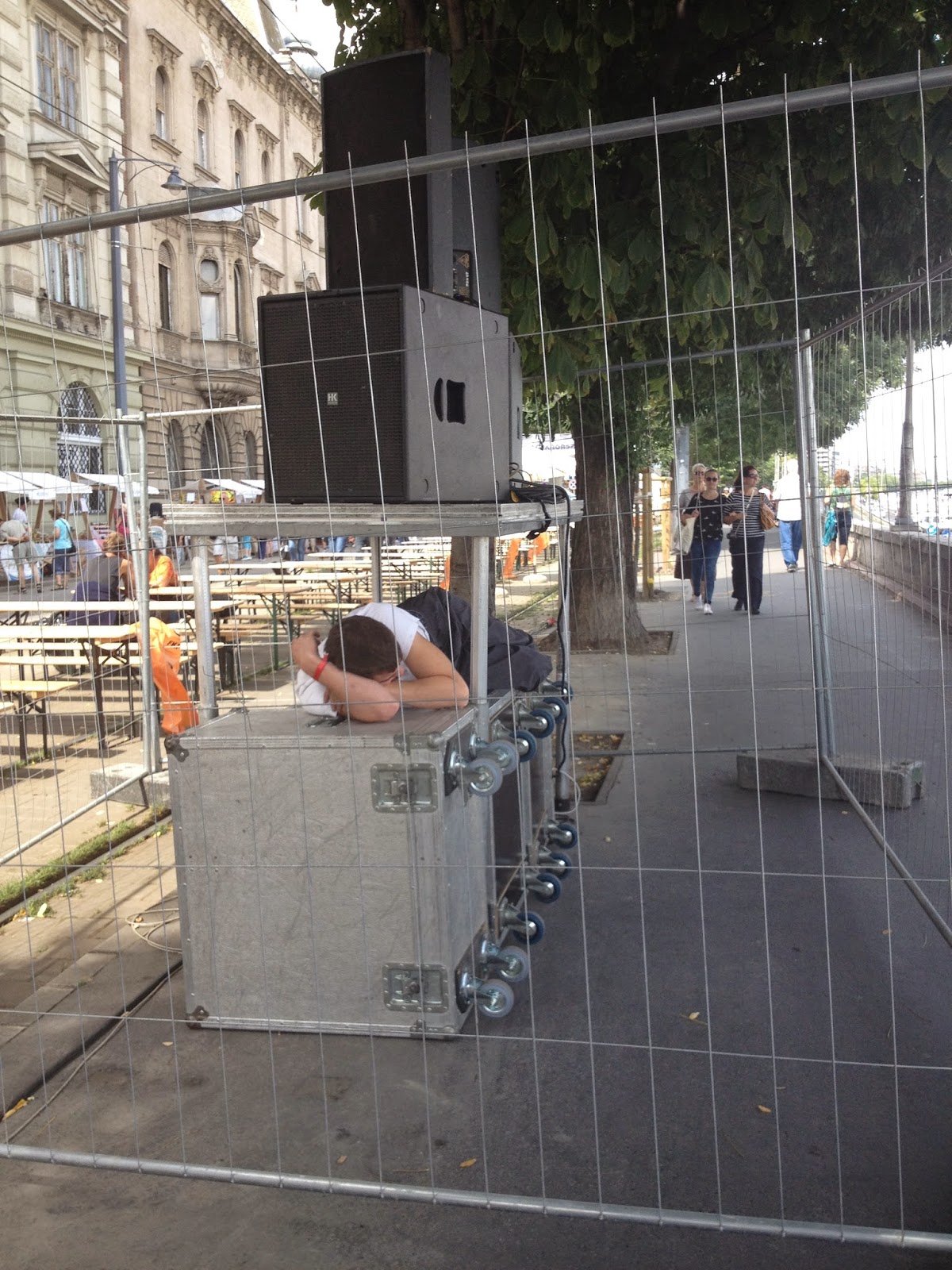 Back to the baths for a massage and then to Ersabatz Park to watch the happy activity of hundreds of folks partying as the following day was their national holiday.  I am sad to have not made the connection with my friend Edina, who I found out later was only a few hundred meters from us.  Yet another reason to return to Budapest. 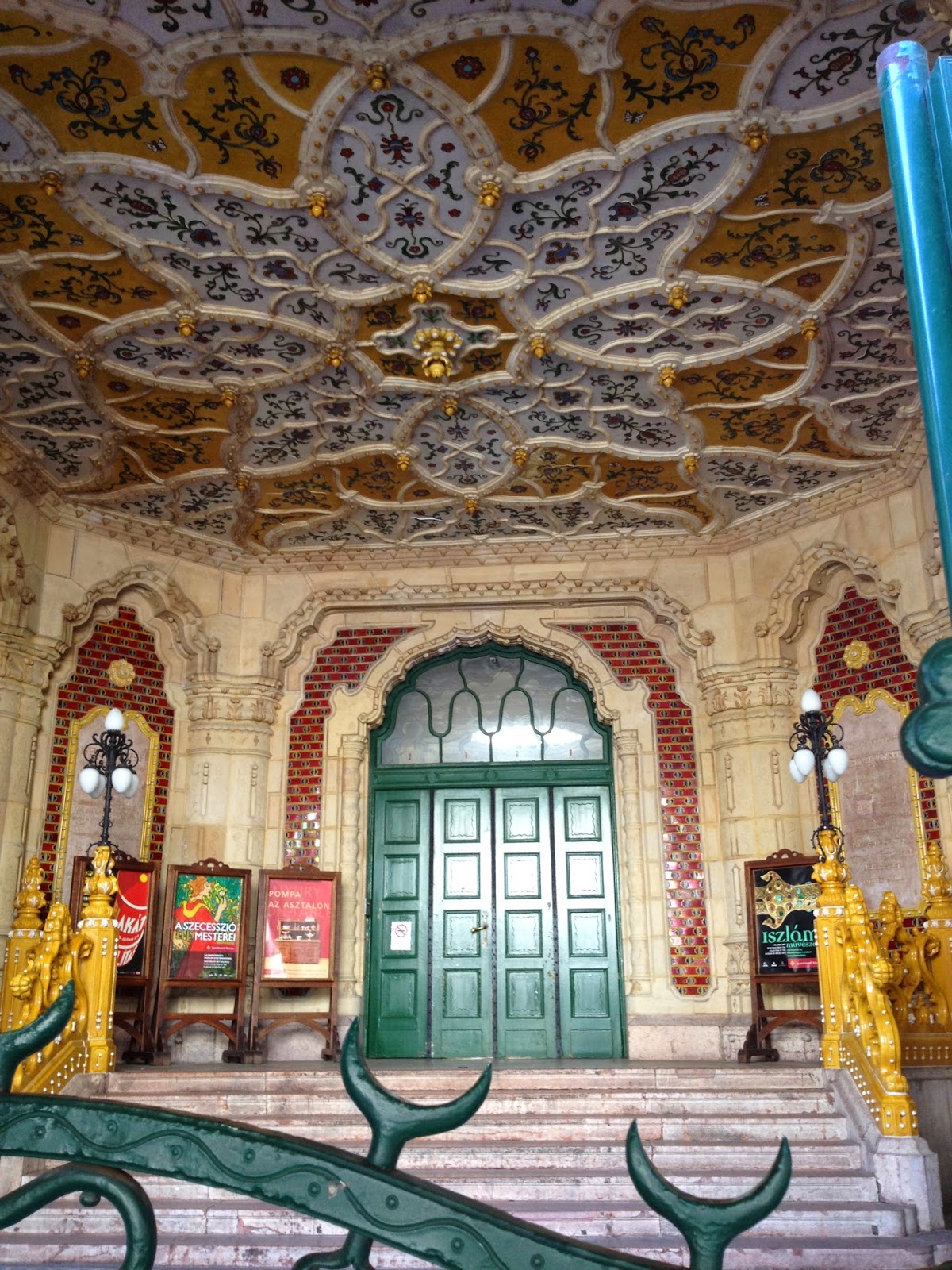