If you see her, say hello...she might be in Tangier. 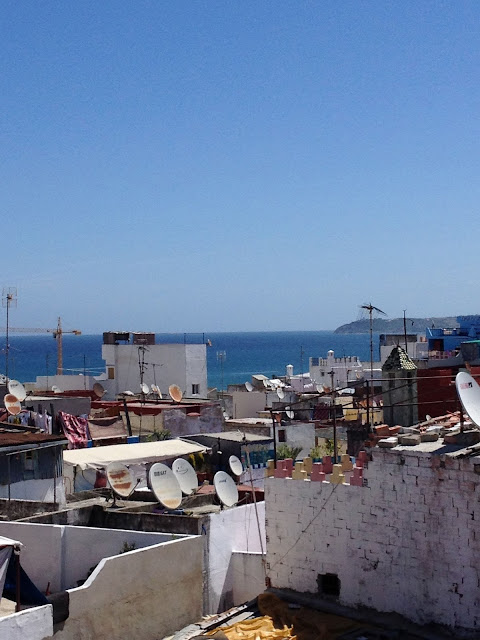 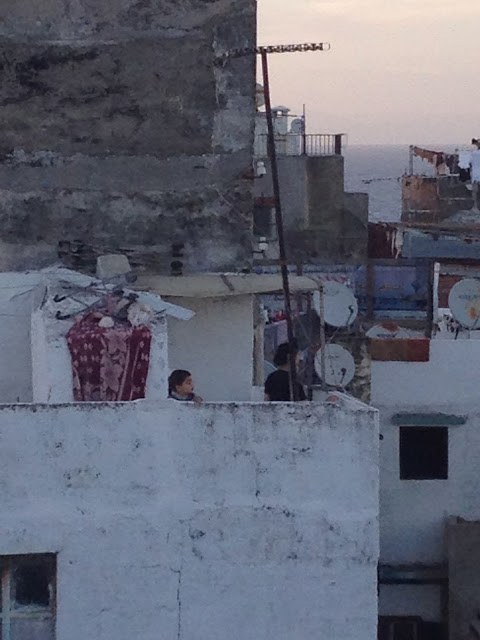 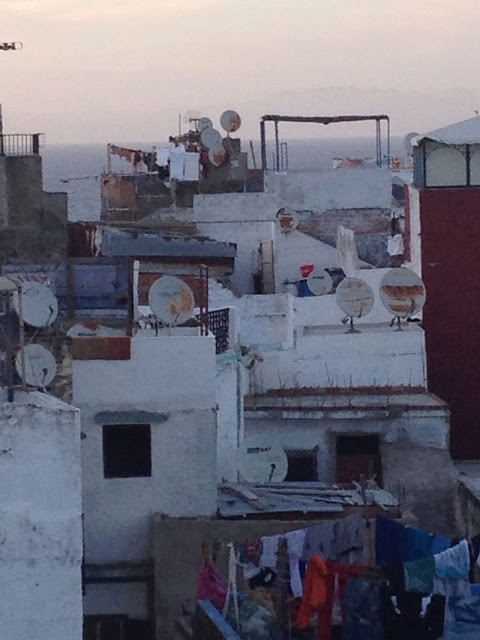 Oliver had circled this section of the medina three times, aware of the steady gaze of the tall, thin men following his footsteps.  They each stood rail-like, an element of an obscure doorway, in a long fibrous robe shot with vertical stripes of color long muted by desert sands.  They were possibly just an incarnation of the desert, only their eyes shifting, perhaps in time with the shifting sands of a distant dune.

Was there evil lurking in their hearts as the guitar player had warned?

Though it was just above the sea, no greenery was growing to absorb the heat of the stone here in this maze of gritty alleys and undefined shops.  Shadows against the unbroken row of buildings were cooler, but the darkness was too pregnant to be welcoming.  Oliver preferred to be two arms’ lengths away from the dusty black windows.  Who might be behind them?

He arrived at the top of the hill again without finding the hostel.  Weary and overheated, he surveyed the hill through the satellite dishes shimmering in the heat radiating from the rooftop terraces, through the wire antennas and hanging laundry, down toward the blue sea. 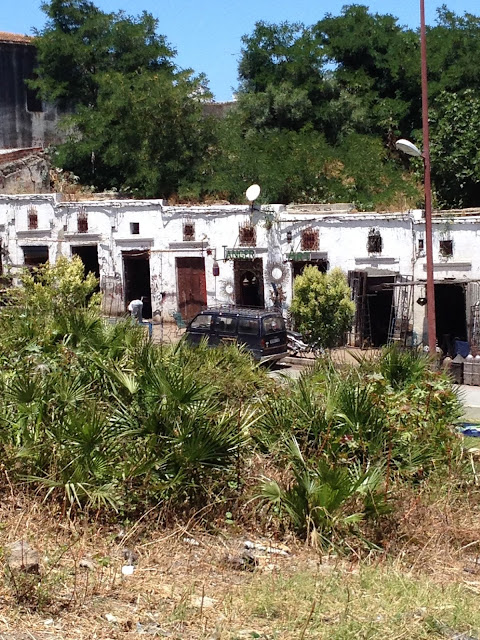 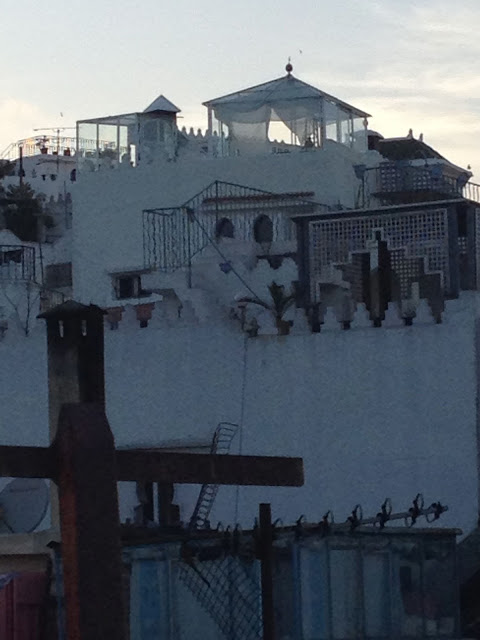 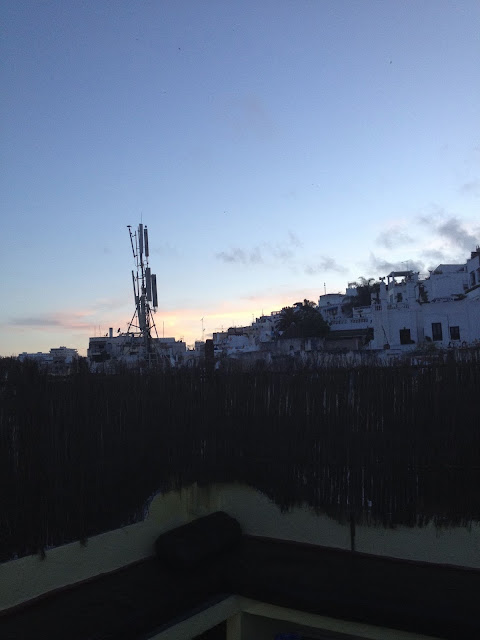