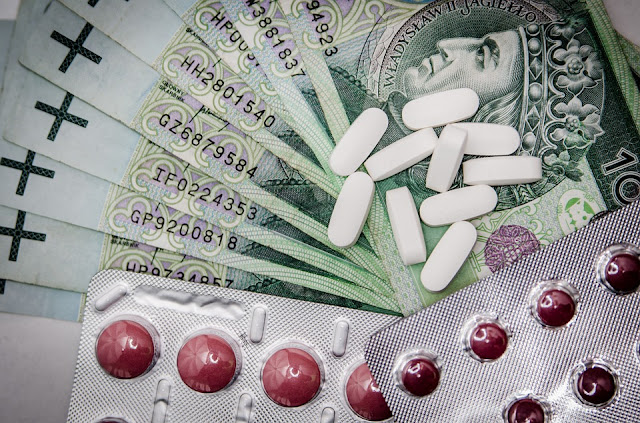 Last week I read about a prescription drug used to treat a rare disease a friend was diagnosed with.  It is the only treatment.  In the US, the prescription costs a half million dollars.  In other countries, where the company cannot command as much, either due to the economics of the country or limits placed by its government on price gouging, it sells for less.  The article I read went on to say that the drug is also an effective treatment for arthritis, but as there are competing drugs in that area, the pharmaceutical company would have to drop its asking price to $20 a year to be competitive, the implication being that it could.


A few months ago I read that the average cost of a certain treatment for Hepatitis C in the US cost $80,000 a year.  The pharma company sold it to the government of China for $300 a year.  It tried to negotiate a deal with India to take advantage of its burgeoning population of Hep C sufferers, but the Indian government snubbed them, simply telling them that they didn't recognize their patent. India would make their own version and offer it affordably, thank you very much.


Yes, medical research has saved many, many lives and relieved a lot of suffering.  And competition does spur innovation.  Pharmaceutical companies are driven by the quest for the holy grail of being first to market and raking in billions of dollars of profit during their patent's exclusivity period.


And recently in the US, thanks to Bernie Sanders, generic companies are being looked at for their special maneuvers to keep prices and profits high at the expense of those in need of treatment.  What will come of the results of this investigation remain to be seen.  How much can a laissez-faire economy be limited within our current framework of laws?


A "free market" model of economics, of pure capitalism, does not see or include a social awareness.  Could a software program be invented that can?  Can we replace our corrupt politicians with considerations we agree on and program in?  There is more than one way around Citizen's United.

Could considerations of college acceptance to all, free tuition, a living wage and health care for all who need it be programmed in as something we care about?

How about a template of required environmental control technologies for industries to install and one that maps energy infrastructure in accordance with our goals be programmed in as well?

There are so many brilliant techno thinkers out there that beautiful visions could probably be coded into our existence.


So to get down the line toward a country where we enact laws reflecting that we care about each other... not an economic model with a few wealthy taking care of its own to the detriment of the majority.  A civilized country like present-day Switzerland, Austria, Germany, and Canada....

How can this information be presented in a way that the average person in the United States can understand it?  And further compels him/her to take the requisite actions to reflect that we are all in this together?

One of the efforts on my list. Look for a well-documented article and some silly short stories on this subject in the near future.