The Acumen Fund and Jacqueline Novogratz 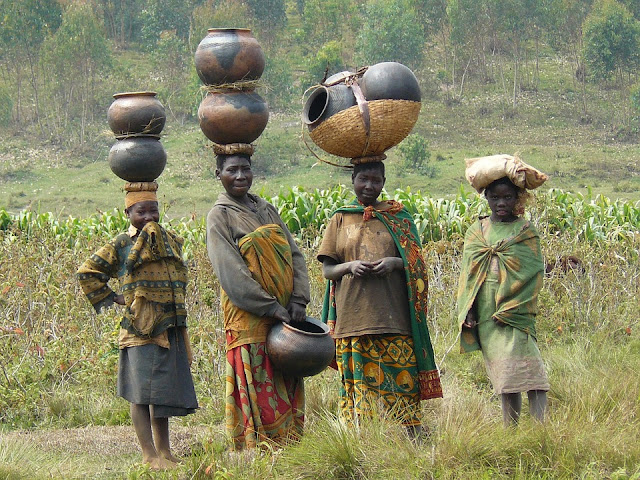 There is a lot of good stuff going on.  You won't find it in mainstream media headlines because it is not attention-grabbing.  But it should be... because there are a lot of folks out there who are doing wonderful things to help solve major problems.

There is large scale philanthropy happening in the private sector, spurred on by the new breed of young idealists who have made huge changes to our lives in the world of technology and garnered fortunes for their innovative efforts.  They are using their money for good causes.

In 2010 the two richest men in the world, Bill Gates and Warren Buffett, announced the "Giving Pledge", asking the nation's billionaires to give away half their wealth to philanthropic causes during their lifetimes or at their death.  The idea caught on, with a number of well-known billionaires signing up.  Their initiatives have been many and varied.  For example a Sudanese telecommunications tycoon established an award for any African leader who serves out his or her term within the limits of the country's constitution of $5 million dollars plus $200,000 a year for life.  These philanthropists also invest in companies like the Rockefeller-backed Acumen Fund.  It is a for-profit company, but it manufactures products desperately needed in the developing world like reading glasses, hearing aids and mosquito nets, affordable water and shelter.

The present CEO of the Acumen Fund is Jacqueline Novogratz.  She is the wife of the gentleman who produces Ted Talks and has appeared on the podcast a number of times.  These appearances are worth watching.  She wrote a book called "The Blue Sweater," which sets forth some of the valuable lessons she has learned in financing small industries in developing countries and which reflects the fundamental outlook of the organization.

The book is called "The Blue Sweater" because one afternoon during a time when she was working in Rwanda on a microfinance project, awarding low-interest loans to impoverished women starting their own businesses, she came upon a young boy who was wearing a sweater she had donated to a goodwill industry many years before in high school in the United States.  The tag had her name written on it.  That blue sweater became a metaphor for her understanding of how interconnected we are.

I'd like to write an article about her... and articles about so many others presently actively engaged in solving some of the most challenging problems we face globally.  I am going to write these regularly as a kind of daily nourishment, so watch for them if you could use a little uplift after listening to the day's news to remind you that it's not all bad, that we are not regressing to Neanderthals as the many recent rollbacks make it appear.

In fact, there are a lot of commendable efforts being made in the private sector.

Acumenfund.org is a website worth visiting.  I am currently enrolled in a (free) seminar, "Storytelling for Change."