I had been thinking about it all week and pretty much made up my mind when I walked out of work Thursday evening that I would not be going back.  Of course, going to the festival gave me a three-day weekend to consider.  Day One, it was clinched. I was not going back.

Maybe it's not fair to compare ordinary workday life with the joy and unselfconsciousness I feel at a festival, but the numbness, the feeling of a total waste of precious time, sitting in an office staring at a computer screen ten hours a day, reading big pharma docs for their relevance to litigation, appeared very clearly to be the extreme waste of life it actually was.

Back to Redwing itself: As I mentioned in a previous post, festivals are definitely evolving.  Younger people often come up to me with a bit of envy, exclaiming that I must have seen some dynamite shows.  Jerry Garcia, the Dead with Jerry Garcia, Papa John Creech, the Stones when they were young, and Pink Floyd... and on and on and I did.  In large and small venues and I can say that the large venues, especially the outdoor ones, were filthy and dangerous compared to many of today's.

Redwing and Floydfest are family-friendly and allow beer drinking in the venue only in designated gardens.  Too, one must purchase or bring a reusable steel cup, so there are no more broken solo cups stomped into the mud earth all over the place.  The port-a-johns are cleaned more frequently.  Recycling and trash crews stay on top of the refuse problem.  The eating options are far better with farm-to-table and vegetarian options, as well as freshly squeezed fruit smoothies and gourmet coffee readily available.  Vendors appear to be carefully selected so that some of the best artisans are out there, and some are practical as well as esoteric, providing dancing skirts, broad-rimmed sun hats or hammocks. 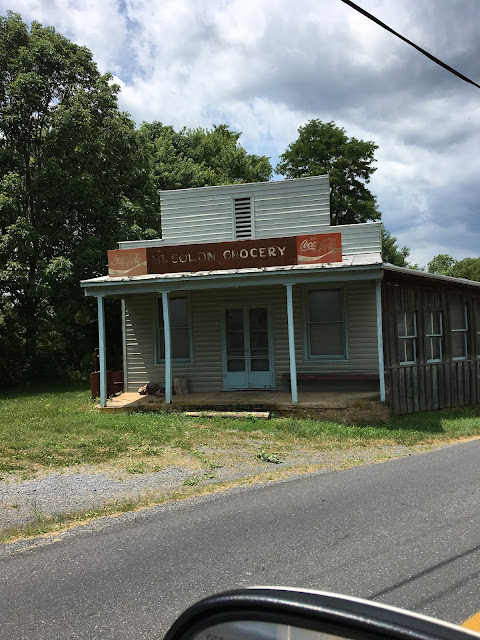 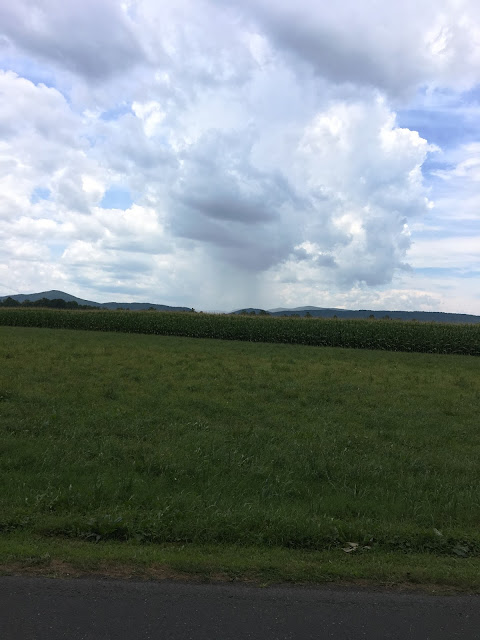 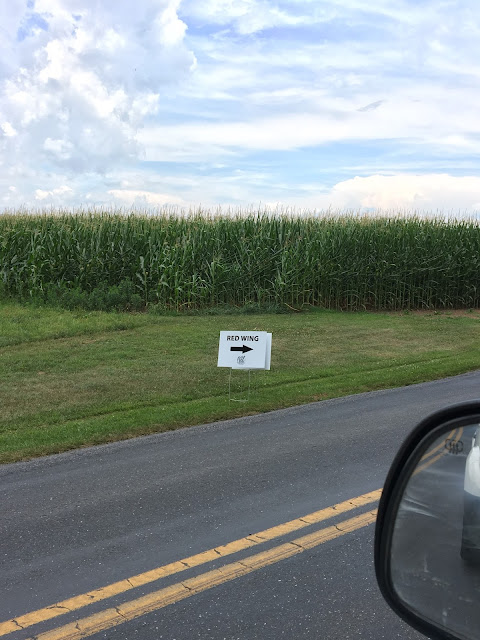 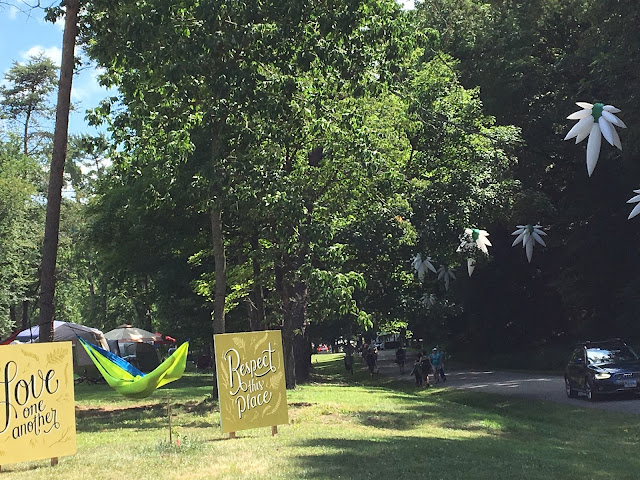 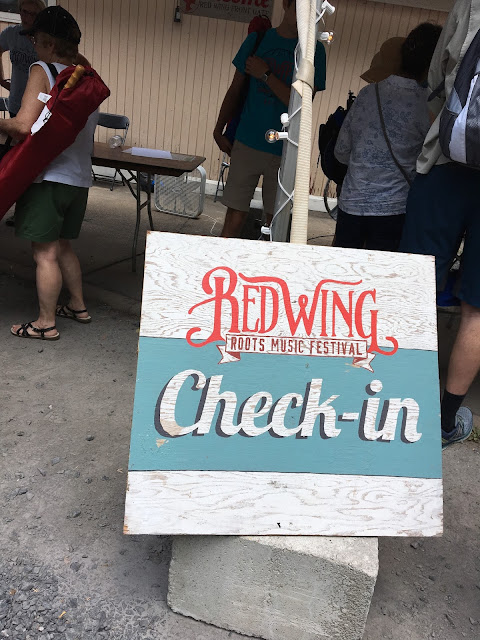 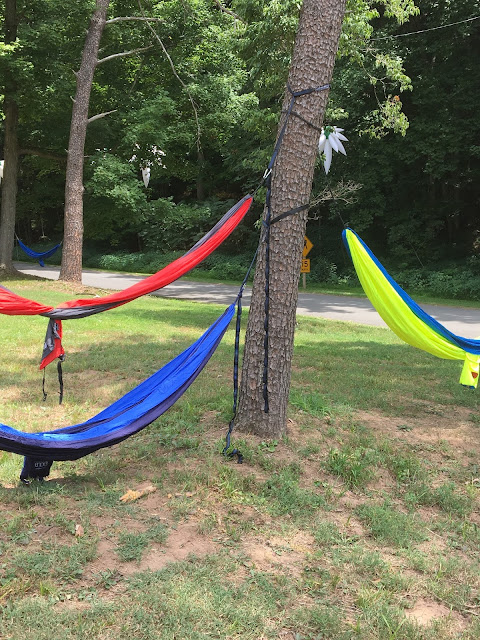 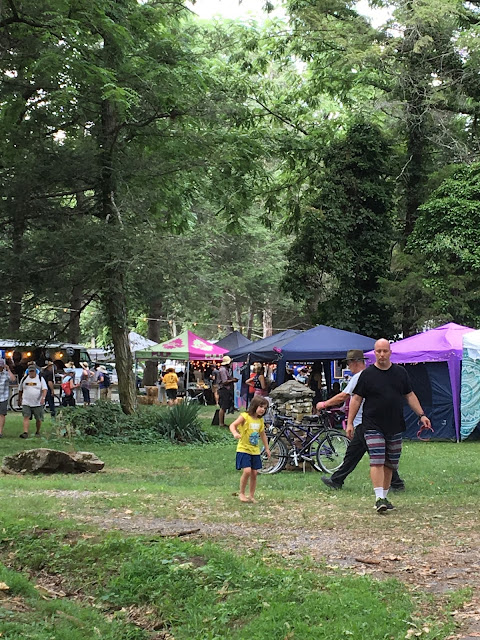 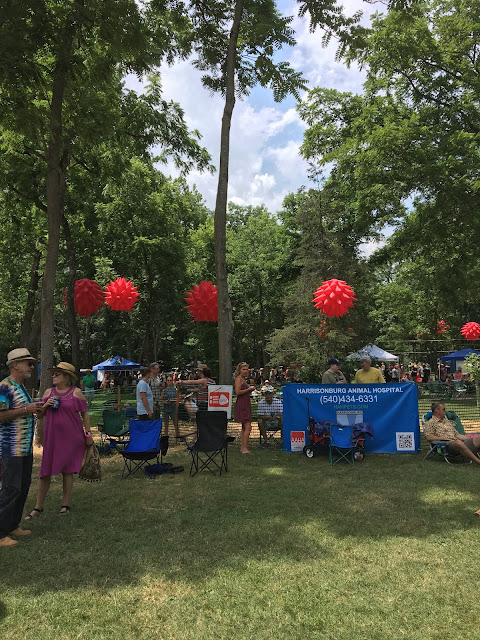 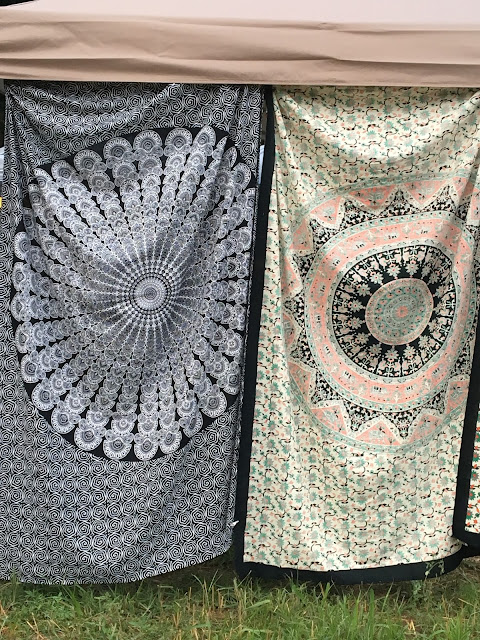 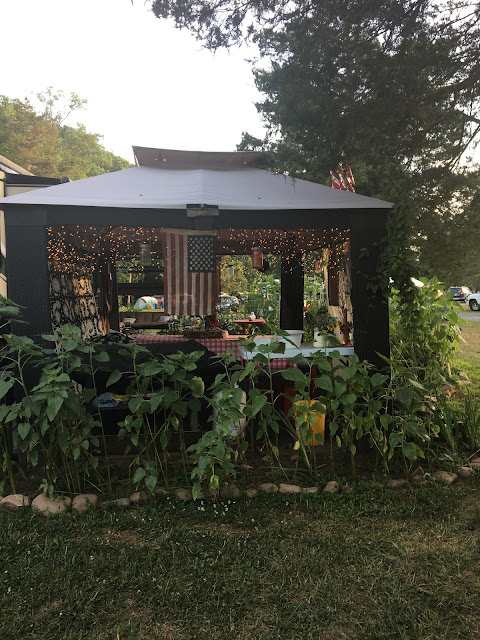 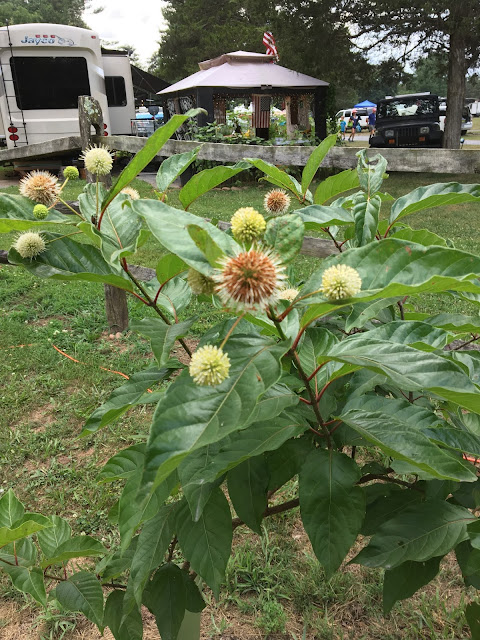 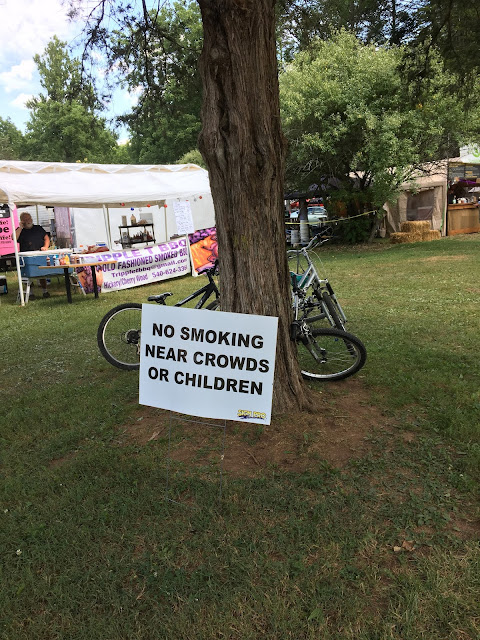 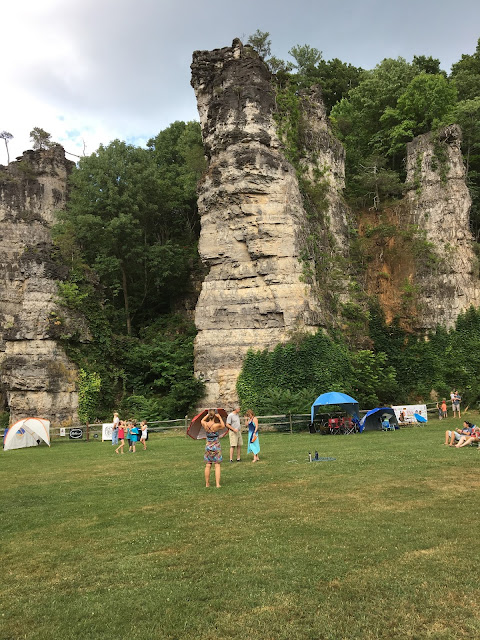 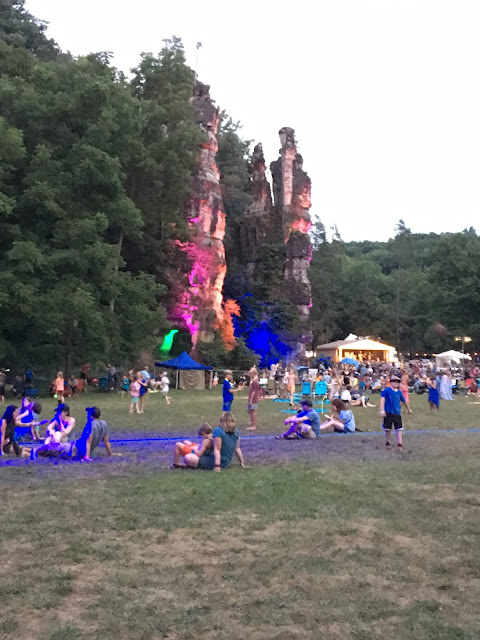 Why are those people sprayed with blue paint? 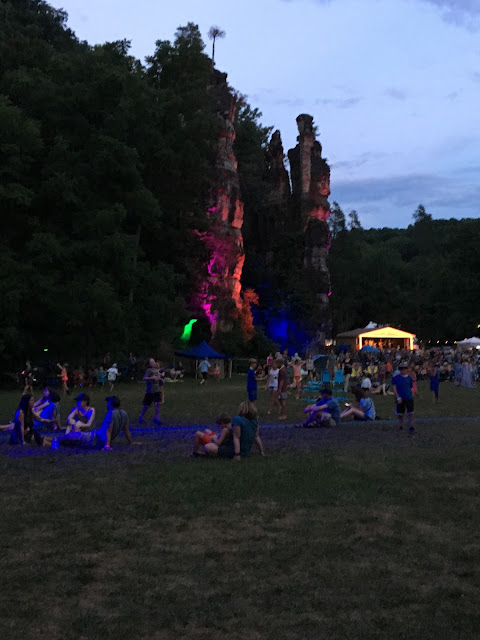 And in exactly the same positions an hour later? 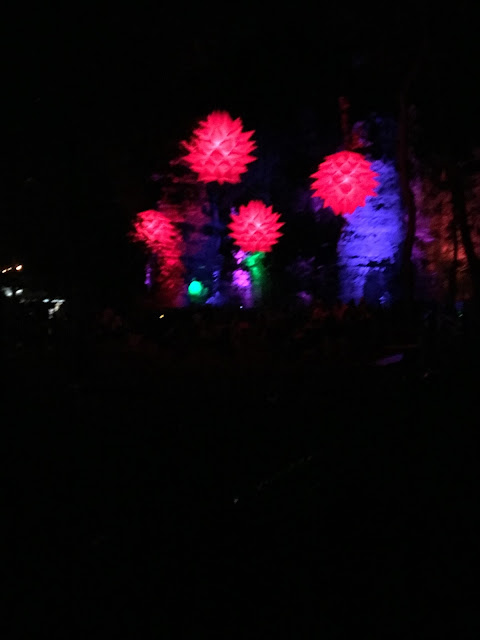 How is is that my subjectively blurry visuals become objective at festivals?  The camera never hesitates to capture them. 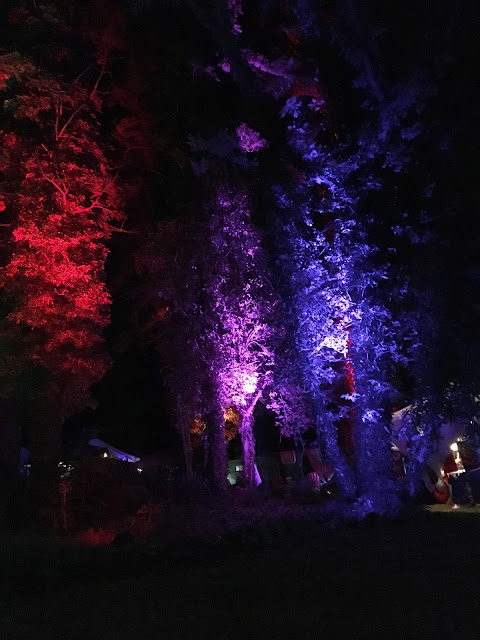 Which is one of a couple reasons why I seldom snap performances.

The primary reason though is that I am experiencing it and don't want the interruption.  I am okay with letting the tall people with sophisticated visual equipment and clear intent capture the show, like Unk-AL & The Amazingly Mediocre. I will simply dance and smile at the friends around me. 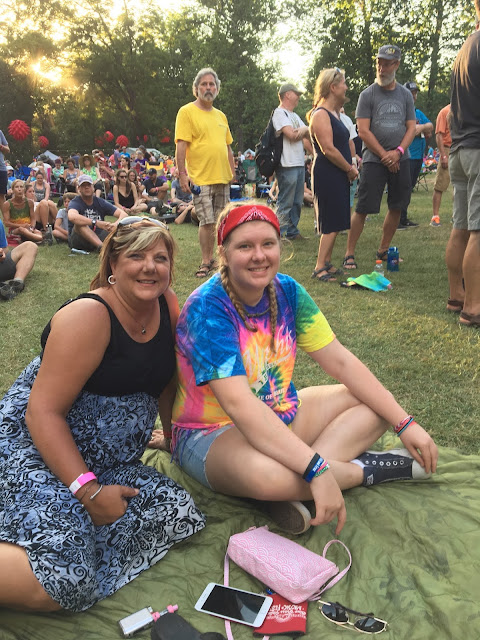 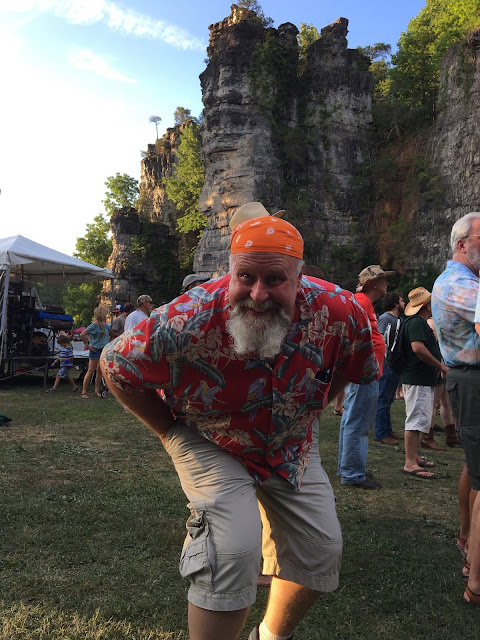 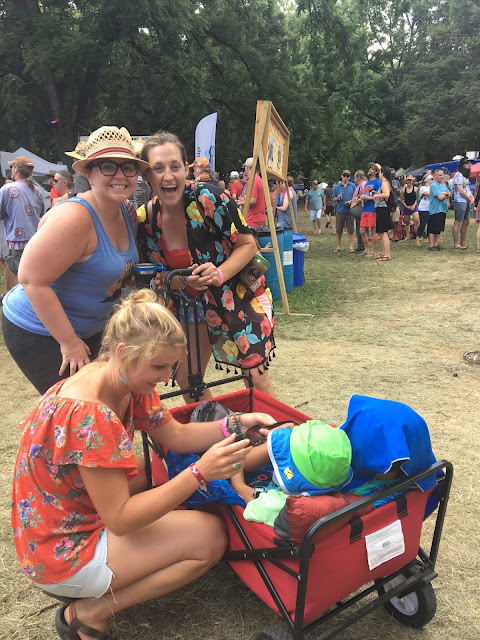 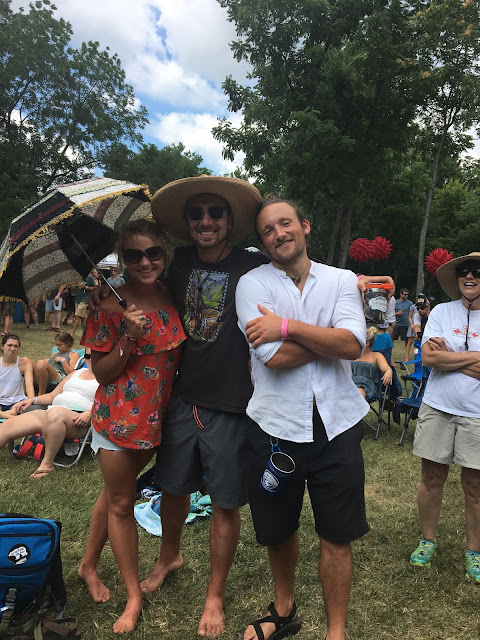 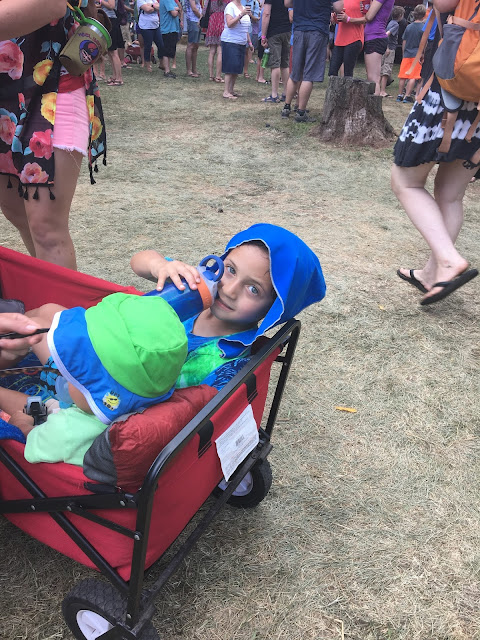 And so, I've done it again.  Leap and the net will appear.  How much time might I have to ramble this earth? And there is much to see, so I'd best get ambling on.


It's been a week now.  Immediately a couple low-paying opportunities presented themselves, one now actually looking like it could be the foot in the door to a promising and rewarding career.  If only I were looking for such a thing.

I look over the hill to the pastures below. Thankfully, the blazing sun of the past couple weeks decided to lessen its brutal intensity today.  And now suddenly at the end of July, it even feels a bit like autumn.  A cool breeze passes through the mustard fields, the fruit trees, the pines.

Occasionally, the wind chime strikes a nearly inaudible note of the past, so that I can almost feel the hug of the man I was in love with then.  I wonder, at sixty, if one can feel that passion or even just its warmth in more than a mildly fond remembrance.  As Wisława Szymborska says in one of her poems of a past passion:  "Our tigers drink milk."  And then I hear Dylan Thomas yelling, "Rage Rage against the dark of night," and realize I am more the drunkard than the eloquent old lady.  I hear the kooky mating cries in the nearby woods and wonder what it takes to attract me.  Woe to those who have tried recently! Where my cruelty arises in my desperation to snub someone, to rid them like a bothersome flea, I know not.  It's not a huge concern.  It's just that I'd like to explore Montreal with someone fun this summer.  This option only just occurred to me, but it is the third week in July so there is really plenty of time before a cold snap.

This line of thinking takes me back to Redwing.  I was actually a bit pissed off that Steve Earle and Larry Keel were scheduled to play at the same time.  I hated to miss Larry Keel, but Steve Earle is such a respected legend and I'd never seen him in person.  So I was a bit relieved with the rumor that Larry Keel wasn't showing.  The kids were drunk, not particularly revved up by country music and very loyal Larry Keel fans so I might have taken closer note when they pulled up their blanket and ventured over to the tent where he had shown up and was playing.  None the wiser and having nothing better to do, I stayed on dancing to Steve Earle until I really started to like him. I got to dance again with the cool people from Olde World Collectibles I liked his political sensibilities, the tale of honest friendship in his story of the funeral wake for Guy Clark and finally, at the end, he totally stole my heart with his ache for romance.  He conjured Don Quixote, who has been lurking abut these Virginia hills all summer anyway and noted, in unwitting iambic pentameter that it is even romantic when one does not find a lifelong love.
Lake Street Dive and the Jon Stickley Trio took us all to another level. The rest of the music I heard was bluegrass played by highly skilled musicians and great fun to dance to.  I always meet intelligent, creative people at Redwing too and have good conversations with them.  The beer garden is best for that. 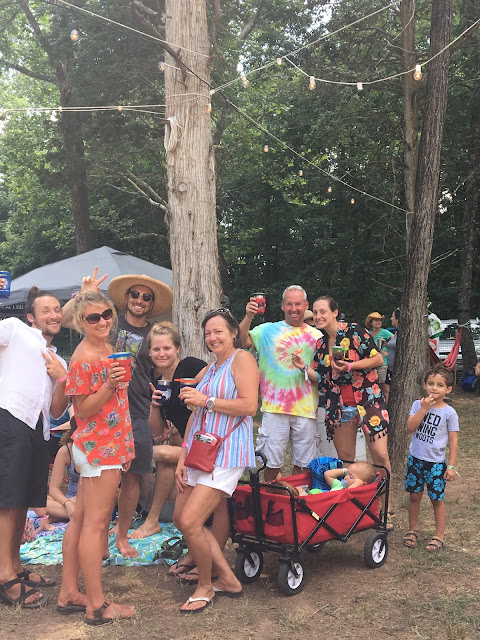 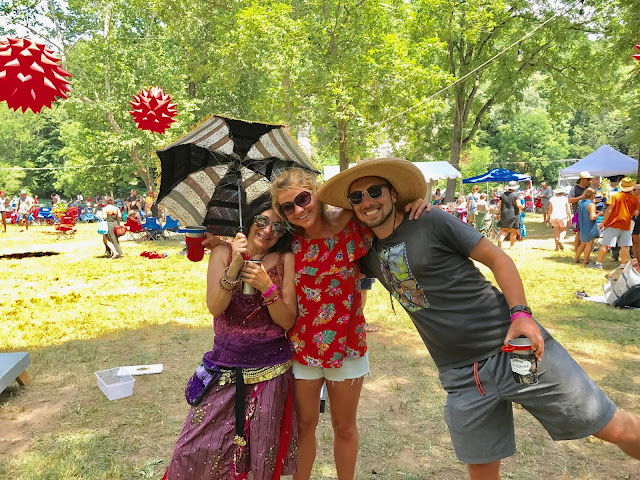 This year I sewed a lightning bug costume to dance in at night. 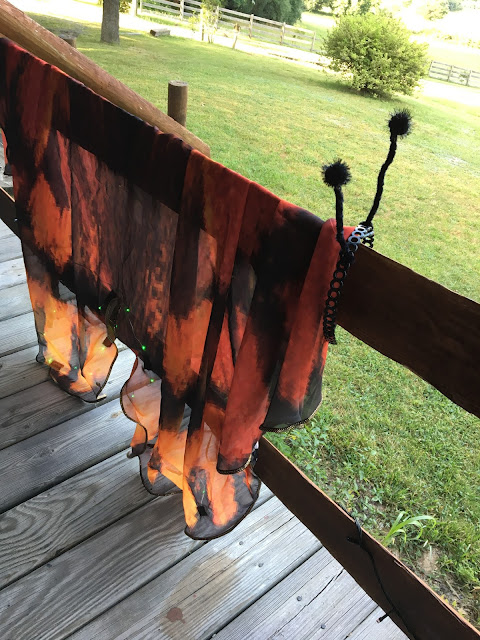