I sipped my coffee on my private balcony. The rising sun promised a mythical day. 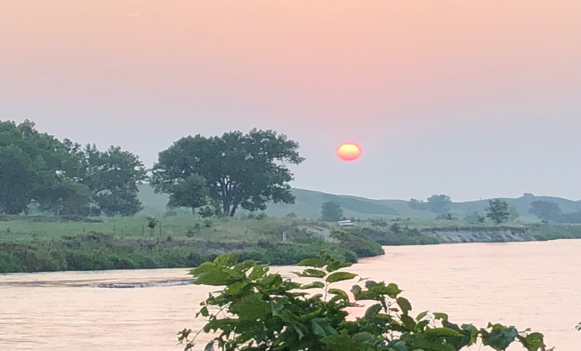 And did not disappoint.

The US Fish and Wildlife Service manages a number of wildlife refuges, like the Valentine National Wildlife Refuge in the Sandhills of north-central Nebraska. Protecting fish and wildlife requires protecting the ecosystems they rely upon. At the core of the mission at Valentine is protecting the prairie grass ecosystem for bison and the many migrating birds and pollinators. The refuge is home to 270 species of birds, 59 species of mammals and 22 species of reptiles and amphibians. Heading north toward the town of Valentine, pull off on the right of northbound Route 83 for a short trail showcasing prairie grasses and taking you to an overlook of the wetlands. It will open your eyes to the many vastly different grasses and the unique beauty of the prairie.

The colors and detail are hypnotic. Stay alert for snakes. 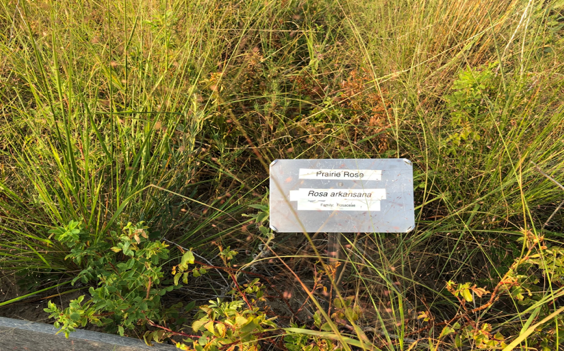 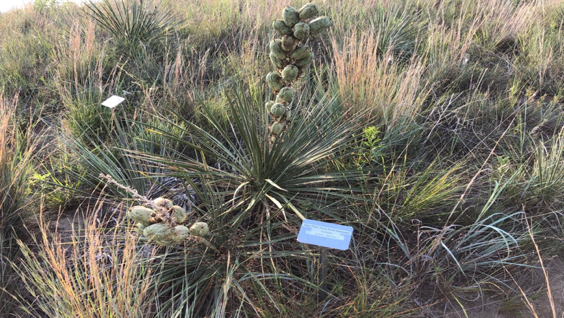 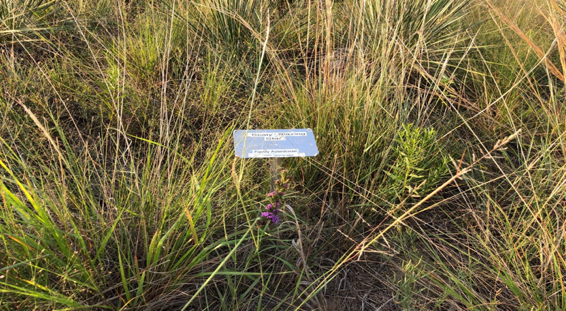 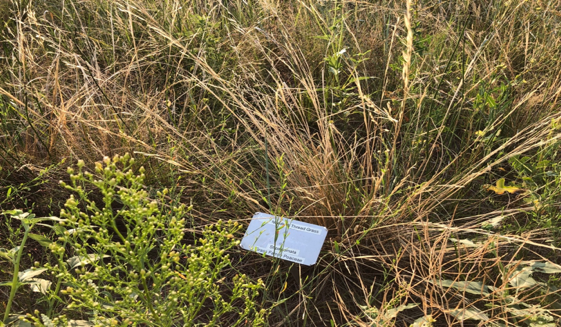 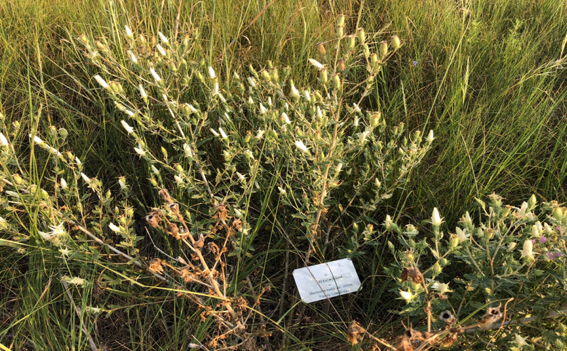 The small town of Valentine was just waking. I was the only visitor at the National Park Service Visitor Center. The volunteer let me into a back room to watch the movie alone. Since the pandemic began, many visitor centers have been closed or their offerings cut back. A painful casualty has been the movies introducing the parks, monuments and other federal sanctuaries like the Niobrara National Scenic River. Some of these movies are incredible.

The Niobrara River begins in the high plains of eastern Wyoming and cuts through layers of silt and sand formed from volcanic eruptions and erosion of the Rocky Mountains, creating colorful bluffs and cascading waterfalls. It winds 535 miles before emptying into the Missouri River in northeastern Nebraska. Six biomes converge here: mixed grass, tall grass and sandhill prairies and northern boreal, western coniferous and eastern deciduous forests. I wandered through the exhibits and took my Junior Ranger book with me to complete, asked about the Fort Niobrara Wildlife Refuge and generally, got pretty excited about the landscape I was about to drift through on a kayak. I signed in at Brewer’s Outfitters in downtown Valentine and stopped at a couple places to view the refuge from different perspectives on my way to the landing site. I wanted to hear an elk bugling for a mate. Mating season would start next week. Maybe a young bull out there was antsy and would just give a shout out to see if a female was out there listening for him.

But I did not hear an elk.

I wanted to see bison. I like bison. The buffalo is sacred in my book. Buffalo brings abundance.

But I did not see any bison. I would see plenty soon enough. Not millions and millions like there were on the prairie before the white man’s westward expansion and deliberate decimation. But I would see bison in the Dakotas.

A river guide picked me up from the landing where I parked my car and took me upriver to launch. We had a meaningful conversation. During the school year he teaches children from the nearby Indian reservation. He was pretty concerned about the meth problem on the reservations and the backslide the pandemic meant to these kids.

The sun was high and blazing hot already. I lathered up with sunblock, doublechecked the sport strap on my shades, slipped my phone in a waterproof case and packed my water bottle and crackers in my daypack, destined to get soaked on the floor of the kayak within minutes. I had my swimsuit on under my tie-dyed sun dress and a white long sleeve blouse over it all. My old wide-brimmed cowboy hat had become quite squished and no longer provided as much protection as it once did. Eyes scanning the river, I hopped in my kayak and shoved off. I did not want to be near anyone who would distract my silent reverie with nature. And I wanted to linger. I had only two more reservations to make before the wedding in Stanley a month out. Camping that night in the Badlands and the next night at Teddy Roosevelt. I could make them both easily even if I simply drifted.

Eyes open to the convergence of biomes, I would paddle to one bank, then the other to photograph the delightful juxtaposition of plant species, many I had never before seen. But what really stole my soul were the pink sandstone bluffs, evoking dreams of prehistoric times. It was a magical float through the refuge. I slid up onto sandbars a couple times and beached my rig while I dove into the sparkling current to cool off. 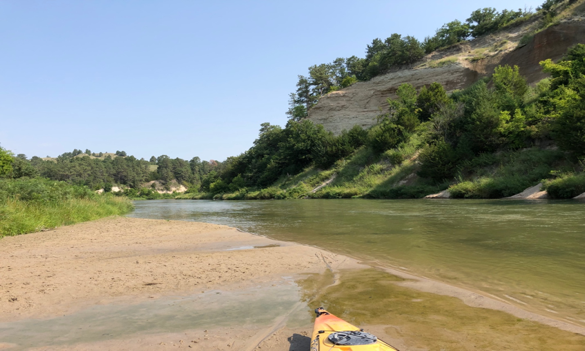 Afterward, after I let the broiling heat escape from my car, changed into dry clothes and shoved my wet sneakers under the seat, I drove down to Smith State Park to check out the waterfalls, the tallest in Nebraska. I’m not sure what I was expecting. It’s not like Nebraska is known for its waterfalls. It was pleasant enough. The young woman in the gift shop who directed me to the bathroom was engaging and upbeat, but still, I rather regretted subjecting my windows and headlamps to another long, dusty road. It did serve to postpone actually leaving the refuge before I was emotionally prepared as I had only just fallen in love with it.

I would still get to my campsite in the Badlands enough in advance of the setting sun that I could explore a bit. Perhaps drive some of the scenic loop. It would probably be very pretty as the sun set and the rocks shifted colors.