For a historical perspective on just how recently plastic entered our lives, enjoy this clip from  the 1967 classic film The Graduate.

Plastic bags were a novelty in the 1970s. Now they litter the entire globe. Plastic has been found in the most remote regions of the Arctic, and Mt. Everest has been dubbed "the world's highest garbage dump."  South Africans cheekily refer to plastic bags as their national flower due to their renowned prevalence in spiky bushes.

Beginning in the early 1970s, plastics quickly found their way into every product imaginable. With so many creative minds looking to build a better mousetrap and a fortune, we now produce 300 million tons of plastic each year. Half of this is used for single-use items. Items that will be thrown away immediately after use. The problem is that there is no "away." We now have billions of tons of plastic on the planet because it doesn’t go away. It can't break down in any span of time meaningful to homo sapiens. And the quantity of plastic produced and purchased continues to grow by the minute.

Seriously. Globally, one million plastic bottles are purchased every minute.

Even given the prohibitions now in effect in many countries, we use five trillion plastic bags worldwide every year.

And these are just two plastic products of millions.

Producing and transporting all of these bags and single-use plastics contributes greenhouse gas emissions to an already dangerously heating climate. Storing it all involves yet more environmental costs. According to architecture2030.org, globally buildings contribute an inordinate slice of the pie: a whopping 50% of greenhouse gas emissions. While the cost of storage space for plastics would be a mathematical challenge to isolate, suffice it to say that the less storage space needed, the lower the greenhouse gas emissions. Of course transporting these unnecessary products adds deleterious fossil fuel emissions to the atmosphere. Again, the quantity attributable would be difficult to isolate, but according to the USEPA, the transportation industry is responsible for 27% of greenhouse gases emitted in the US. Any reduction would be welcome.

Plastic is even in the polymers that comprise synthetic clothing.

Consider for a moment these smaller bits of plastic, like those used in synthetic  fibers. These are referred to as microplastics and are just that: tiny bits of plastic. They can be in products like the tiny beads frequently found in cosmetics, less so since the US banned their use in 2015. Or microplastics can be just shreds or bits from single-use plastics degrading in the sun and wind, like bags, food packaging and the bottles that now define our landscapes, even in deep wilderness and on uninhabited islands.

Microplastics are toxic; they release toxins as they degrade. And plastic never breaks down completely. Research has shown that if ingestion doesn’t outright kill them, microplastics can alter gene expression, hinder reproduction and retard movement in marine life. It’s not just a problem for fish and birds. The Plastic Foundation estimates that the number of individual animals affected runs into the billions. These plastics accumulate in the fatty tissue of animals and biomagnify as they move through the food chain,  eventually landing in even higher concentrations on our seafood platters.  Not surprisingly, a recent study revealed that 17 out of 22 people sampled had plastic in their blood. Salt, beer, lip gloss, polymers leeching from a microwaved bowl - plastic is everywhere for our ready consumption. Microplastics in the form of microfibers are released every time we wash our synthetic clothes. These flow into wastewater treatment plants where they end up in sludge sold to agricultural companies to spread as fertilizer on our major crops. There they contaminate the soil and our grains, fruits and vegetables, another source of ingestion.  Considering the copious quantity of pesticides sprayed on these crops as well, it is hard not to seriously question the value of foods not grown organically. Back to microfibers. Heat releases carcinogenic chemicals from polyester clothing which an be inhaled or absorbed through the skin with sweat and travel to the kidneys and liver or wherever; in fact, polyester underwear has been linked to infertility. These microfibers are everywhere in our environment now. Synthetic fibers containing such culinary delights as fire retardants have been found in the tissues of deep sea fish and in seabirds.

The problems are growing, and we are beginning to realize how serious the adverse effects of all this plastic might be, and also how difficult it will be to stop it all and to clean up the mess we’ve made.

You’ve probably heard about the great garbage patches, vortices in all of the oceans that have giant pockets of trash, some of it reaching from piles from the ocean floor and some of it just floating and degrading, ingested by fish and seabirds. About 12 million tons of plastic is dumped into our oceans annually. Lost or discarded fishing gear makes up about 10% of the total trash in the ocean and in some patches, like the Great Pacific Garbage Patch, it is estimated that discarded nets, lines and ropes account for close to half of the garbage. Drifting nylon fishing nets strangle fish and birds. There’s even a term for these drifting nets: ghost fishing.

Our National Oceanic and Atmospheric Administration (NOAA) estimates it will take 67 ships a day for a year to clean up just one percent of the North garbage patch in the North Pacific. Their position appears to be that there is more debris entering the ocean every day, most of it from rivers, so why bother even trying to clean it up until the steady stream is stopped? 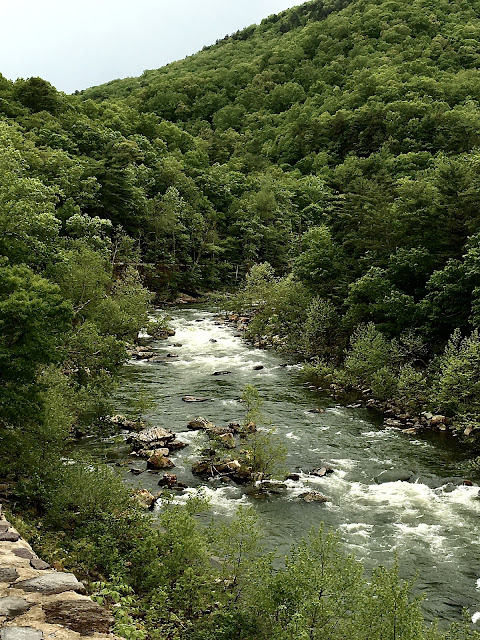 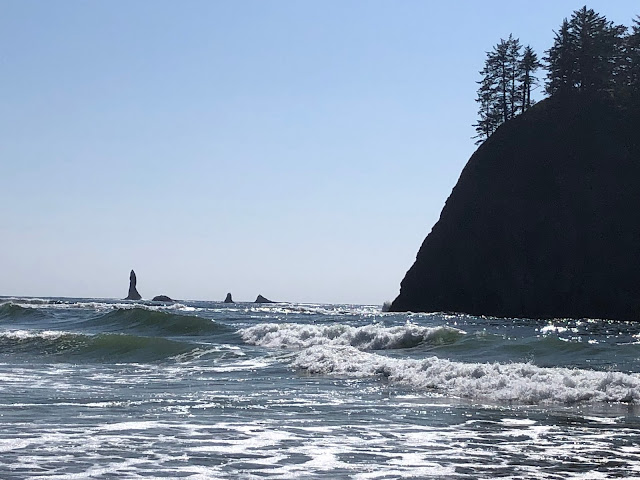 Can innovative technology save us?

One thousand rivers contribute 80% of the plastic that enters the ocean by river.  Undeterred by the magnitude of the project, The Ocean Cleanup, a nonprofit, spearheaded by Dutch inventor Boyan Slat, has developed technologies to intercept the trash before it enters the ocean. It is focusing on those one thousand rivers. Eight of their Interceptors have been deployed in five countries. Slat is optimistic that his team can achieve a far better timeline than the NPAA projects for harvesting plastic from the ocean. The company's stated goal is to clear 90% of the trash in the oceans by 2040.  To track their cleanup efforts, visit http://theoceancleanup.com/. to efficiently

riverine plastic from entering the oceans in five years f

But to realistically stop the problems, we must stop producing plastic. Bangladesh was the first country to ban plastic bags in 2002 when it found that the bags were choking drainage channels during devastating floods. China banned thin plastic bags in 2008 as did Rwanda.

An aside to the well-meaning recycler stuffing recycled items in a plastic bag: plastic bags cannot be recycled in the classic sense and actually cause significant downtime in recycling operations when they jam conveyor belts.

Today, 95 countries have banned the use of thin plastic bags, though no countries restrict the production. Some nations have not had to pass laws as it is customary to use cloth bags and stores don’t offer thin plastic. Manufacturers of other plastic products including water bottles have seen some regulation, like the requirement for plastic water bottles to contain a percentage of recycled content. We’ve got to do something with our plastic waste so building a robust market for recycled products  makes sense. Regulations encouraging reuse are one step in that direction.

While the US government lags behind in addressing the problem of plastic, some individual states and cities have stepped up to the plate, regulating bags, straws, drink stirrers and foam food packaging. Too, a small but growing population in the US uses reusable cloth bags when shopping, regularly uses a BPA-free water bottle, uses reusable silicone and mesh bags for refrigerator storage and keeps both a to-go cup and reusable utensils in their vehicle. The European Union banned ten throwaway plastic, including Styrofoam in 2018. India recently banned single-use plastic and Canada’s ban will come into effect in December 2022.

Some voluntary alliances have formed, like within the National Restaurant Association and among grocery stores pledging to make their operations Zero Waste, and one can hope that more industries will rise to a challenge most consumers seem unaware of. Thankfully, global leaders are more willing to acknowledge the crisis of plastic pollution. In 2022, 175 nations endorsed a resolution at the UN Environment Assembly in Nairobi to end plastic pollution and forge an international legally binding agreement by the end of 2024.